Yesterday at the Putney Mountain Hawk Watch was a wonderful day. We had twelve species: Accipiters (SSHA, COHA, NOGO); Falcons (AMKE, MERL,PEFA); Buteos (RTHA, RSHA, BWHA - the one broadie was missing primaries and secondaries on one wing, other wing also ragged, making us wonder how it could even fly), Big Black Birds (BAEA, OSPR, TUVU). Many were low and the stream was steady.

A few photographic highlights. The Green Mountains are fast becoming hills of brilliant color. At 9am, Stratton Mountain still held a cloud in its grip. 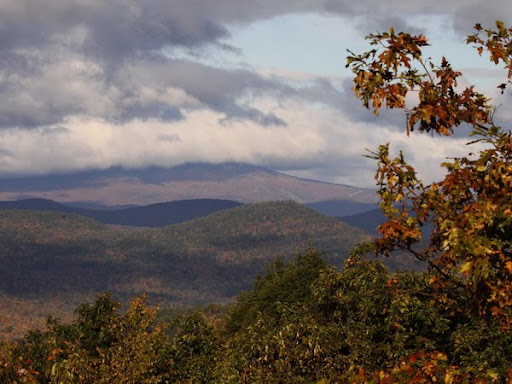 Vermont's true snowbirds are returning - not the two legged kind that head to Florida for the winter - but the Dark-eyed Juncos that shift south, or down-slope, and stay around for the winter months. Now they stand out against the bright fall colors ... 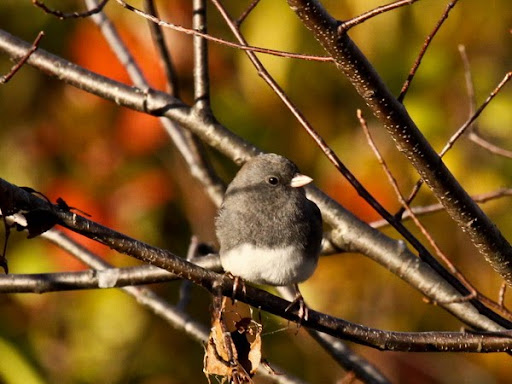 The hawk watch/photographic highlight was the young Cooper's Hawk which made several sweeping attacks at the plastic owl we put on a tree top ... 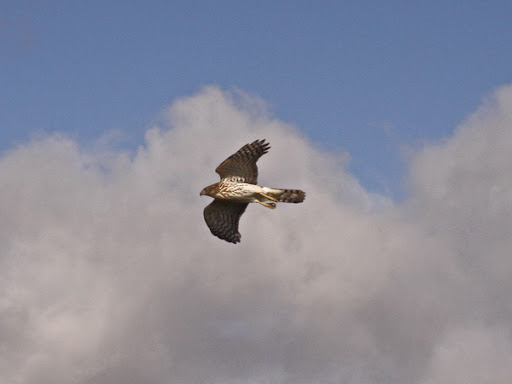 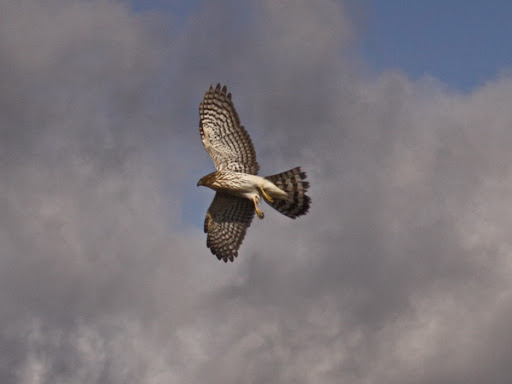 Red-tailed Hawks are beginning to move southward, though often hunting along the way. This one kited to the west, then drifted north, and finally went south with dispatch ... 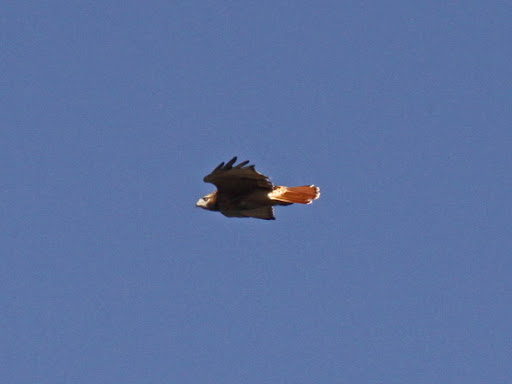 Likewise, the Turkey Vultures are beginning to move. A few drift northward for a while, but most are moving south, including this young one ... 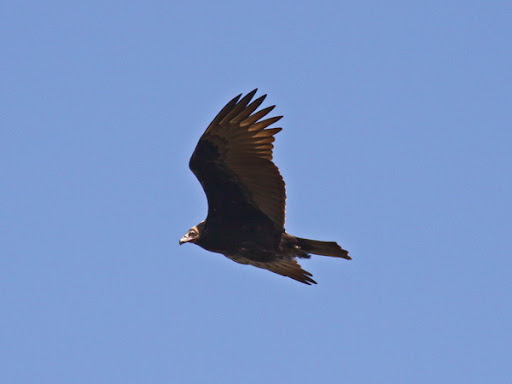 And finally ... there were many Canada Geese flocks (20-70 birds at a time) on the move, often close enough to look for the smaller Cackling that might be mixed in. No Snow Geese yet. This flock never organized itself into the familiar V formation, but moved with seeming randomness from the Connecticut valley to the West River Valley ... 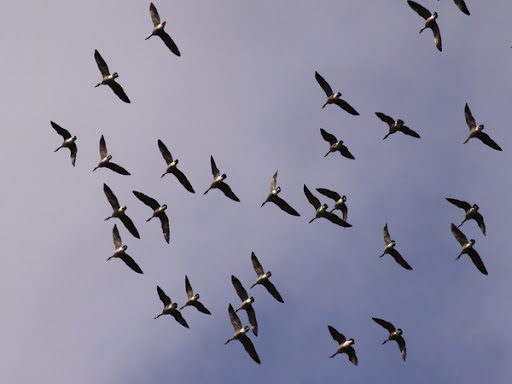 EXCELLENT shots Chris! I have noticed the TV's are starting to exit in droves from Canada so assumed you would be seeing them soon enough. I have to laugh about the plastic owl, I never knew something like that would have that kind of an impact. Hmmmmmmmm..... ;-). You got a great picture of that Coops to boot!

Love how the foliage is changing. I will make it up to Putney next fall for certain. Am actually thinking of taking a week of during the peak of Broad-winged Migration to visit some New England hawk sites and would love to spend some time in VT.

Hi Chris,
Very nice post. I love the red-tailed-hawk shot. it seems to be a very nice bird, but I've never seen it.
The Dark-eyed Juncos shot has probably been hard to take when one see the environment it is in, but it makes it beautiful! Well done.

Love the colors with the gray of the Junco! We only started recently noticing plastic owls at hawk watches. Brillant idea!

The redtail hawk shots take my breath away!

ALL the shots are marvelous! Great shooting, Chris.