Some years ago, I watched a Mallard diving in the Connecticut River, a observation which sent me to my library to research dabblers that dive. While not common, it does occur.

This past weekend, I saw dabblers diving again, this time repeatedly. I was along the Wissahickon Creek in Philadelphia. Several hen Mallards repeatedly dove. My vantage point was such that I could also see them swimming beneath the surface. Their surface activity was such, that this may have been part of their "bathing" and "preening" behavior, but the time they spent under water does not rule out the possibility that they were also feeding.


Wood Ducks along the Wissahickon seem to have moved on, except for the lone male who has not completed his molt. When he stretched his wings, flight feathers on one wing appear to be missing, probably explaining his bachelorhood. 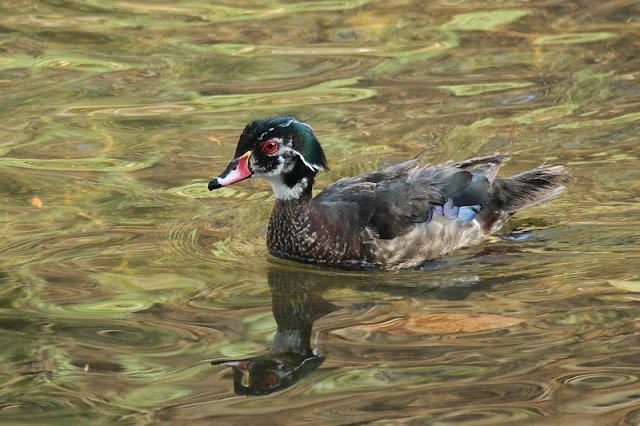 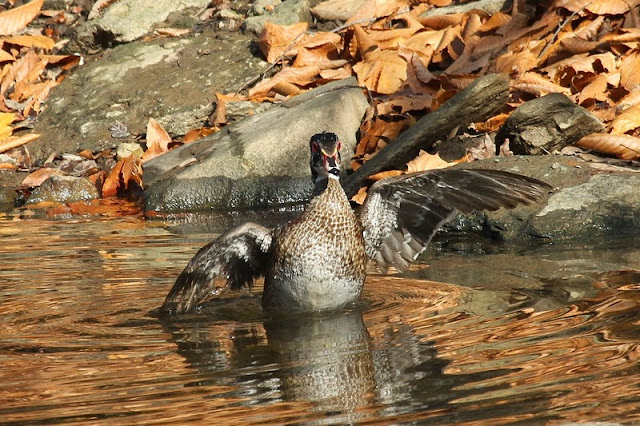 Email ThisBlogThis!Share to TwitterShare to FacebookShare to Pinterest
Posted by Chris Petrak at 6:00 AM
Labels: Mallard, Wood Duck

The timing for this post is impeccable. I saw an American Black Duck diving in a pond Friday afternoon, which I thought was a bit odd.

Question: I'm seeing wood ducks now (March 19) in the Wissahickon. Are they back or just passing through? I can't recall seeing them in the summer.