A couple of years ago when doing the Vermont Breeding Bird Atlas field work, I recorded Common Loon as observed and a potential breeding species on Sunset Lake, Brattleboro. This year they nested! - a first record.

Yesterday was a day in between rain. Favorite companion and I took our kayaks to the lake in early afternoon. The parents were busy caring for their two chicks.

A note about the photos - I used full zoom and my teleconverter lens (equivalent 800+mm), then cropped the photos, so I was not anywhere near as close as the photos may suggestion. On one occasion I may have drifted a little too close and heard a single protest, so I moved slowly away.

Sitting still in the water I was surprised on two occasion when they came closer to me, rather than moving away, so I don't think I was disturbing them. 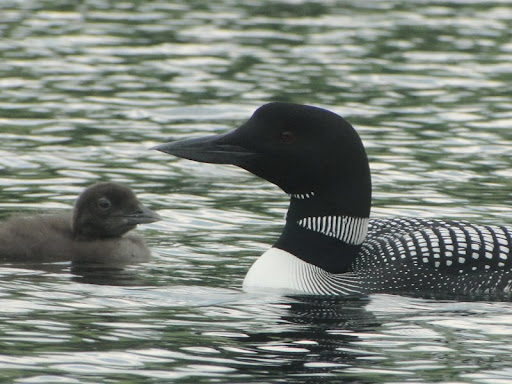 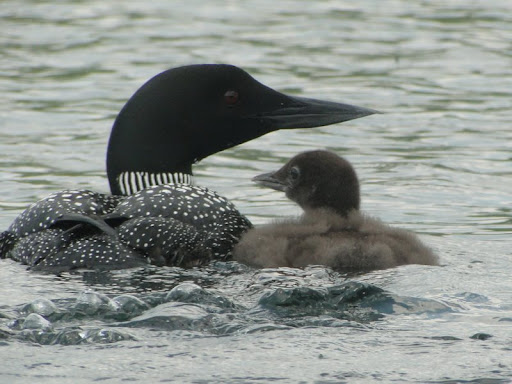 While one parent (we'll say, mom) watched the chicks, dad was off fishing. Several times he came to the family with a small fish in his beak. 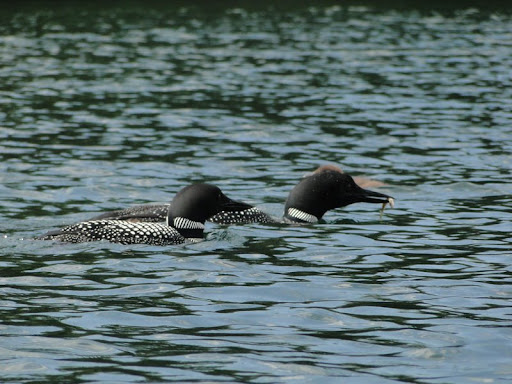 I did not observe the parents feeding the chicks, i.e., putting food in their mouths. Instead, it appeared that the food was put in the water, and the chicks had to duck, or dive, for it. It appears that mom is watching her youngster to see if he/she gets the hang of it. 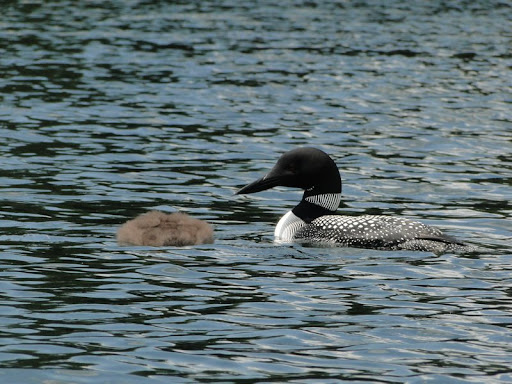 Looks like nap time after lunch for one of the chicks. 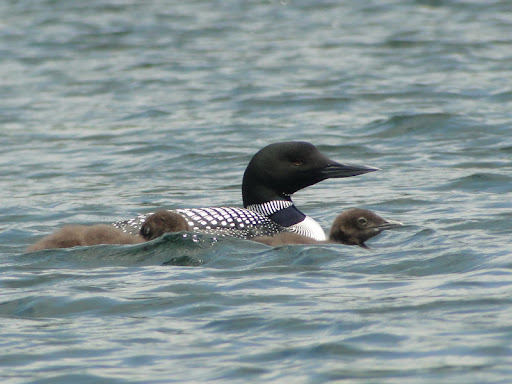 Email ThisBlogThis!Share to TwitterShare to FacebookShare to Pinterest
Posted by Chris Petrak at 7:10 AM
Labels: common loon

These photos are so wonderful! I adore the babes in all their fuzzy glory, and it's obvious the parents are keeping a close eye on them. How I would love to hear a Loon this summer but I don't think it's going to happen.

Howdee Chris,
Really like this series of photos..I have never seen Loon chicks..The parents are so striking!

Uncommon photos of the common loon family. I really like the way you can see the displaced water roiling up behind them in the shot where they are swimming away from you. They look so calm and serene above the water line that it is easy to overlook how active their webbed feet are. What a great day you must have had!