Wood Ducks on the Wissahickon

Wood Ducks have returned to the Wissahickon River in Philadelphia. I am accustomed to seeing them in Vermont as they slip among reeds, hide in swamps, and generally remain difficult to observe and very wary.

Along the Wissahickon (in the park of the same name) they are common (at the right times during the year) and very observable.

But these stunning ducks with the light and dark colors have been difficult to photograph. Last week, on several occasions, they posed very cooperatively in good light.

Wood Ducks are perching ducks with sharp claws for perching. While many seemed to be paired, there also appeared to be displaying and courtship that was also occurring. This drake certainly looks quite confident about himself, though the object of his attention is playing coy ... 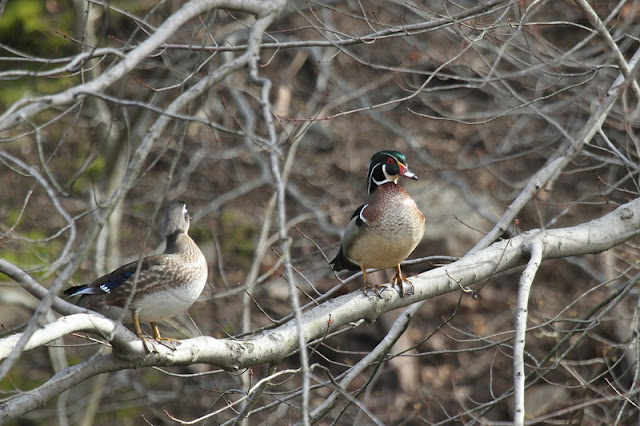 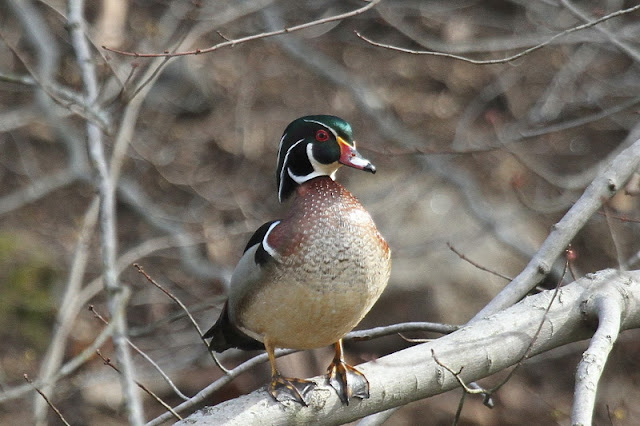 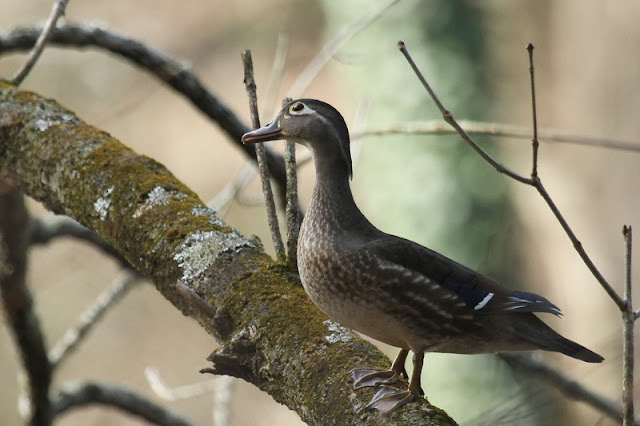 Email ThisBlogThis!Share to TwitterShare to FacebookShare to Pinterest
Posted by Chris Petrak at 6:00 AM
Labels: Wood Duck

Great shots! I snapped one off in Wisconsin in January of the Wood Duck...very colorful in the wild. Looks like you had cloudy skies to work with....nice work.

Lovely photographs of beautiful Wood Ducks! Spring is in the air!

What a treat. I did shoot one in a park when I lived in LA. I haven't been able to get close enough to one since!

Enjoyed the perched shots. One does not think of ducks perching. I have observed the wood ducks perching still it seems a surprise each time I see it.

Wonderful pictures of the wood ducks Chris. I would love to see that one one day! The pictures are wonderful!