On May 30, I posted a photo of a redstart female building her nest. I returned to the location at the Hinsdale setbacks last Thursday. Although I knew "almost exactly" where that nest was being built, I could not find it, which I am sure is what the birds would want.

So I had to settle for a male redstart further down the bike trail, still protecting his territory with song. American Redstarts have been especially common this year (as opposed to Chestnut-sided and Black-throated Green Warblers which have been hard to find, even by voice, let along see them)

An amusing observation was a passing Great Blue Heron being angrily and aggressively escorted out of the territory of a Red-winged Blackbird. 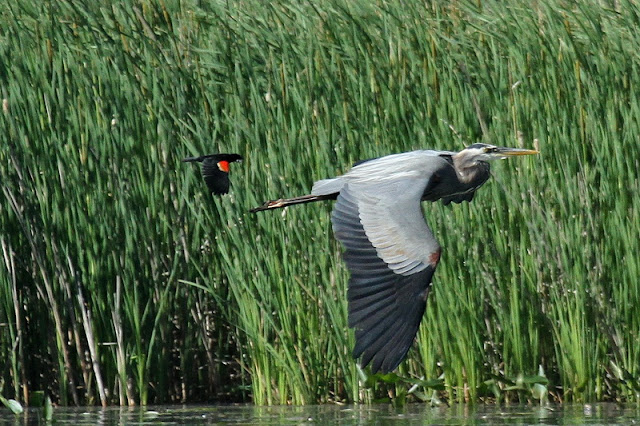 At Wilson Wetlands in Putney, a Wood Duck hen led her two (surviving?) ducklings across open water and quickly disappeared in the willow thicket ...

In early May, I watched a chickadee excavating this hole in a birch snag along the bike path at Hinsdale setbacks. I did not get a photo of the excavation because I had violated the number one rule for a good photograph - I did not have my camera with me. When I returned the next day, the chickadee was nowhere near the hole, although there was a lot of "action" in nearby trees.

I continued to check the hole on several return trips, but there was no activity, although I could not imagine these small birds going to so much trouble for naught.

On Thursday, the "quiet abandonment" was at an end, as a pair of chickadees made visit after visit to the nest hole, clearly feeding hungry mouths inside. I think the photo series captures the frenetic activity of parent birds as they race to feed their voracious young. 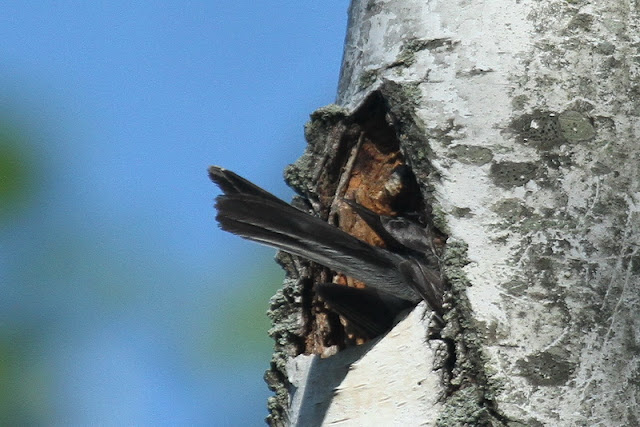 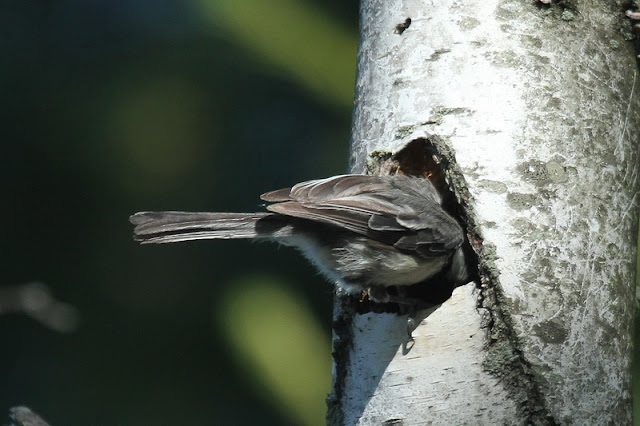 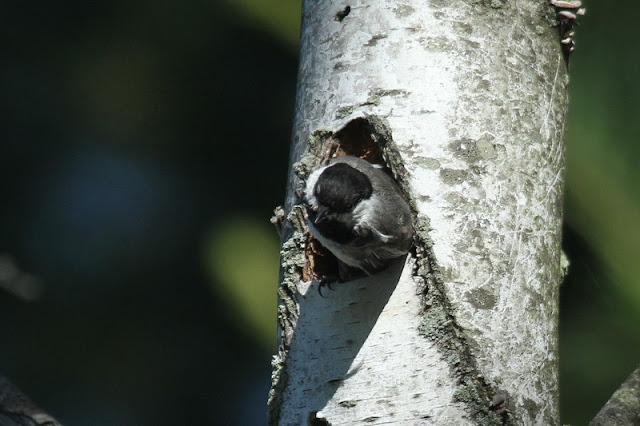 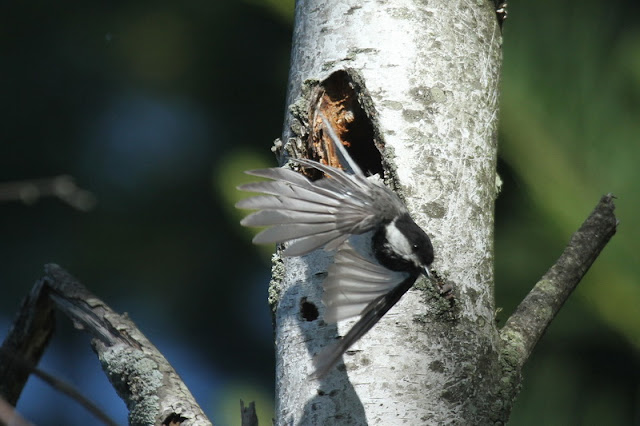 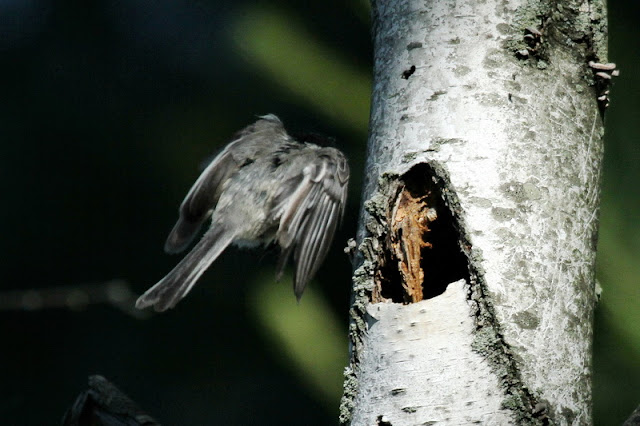 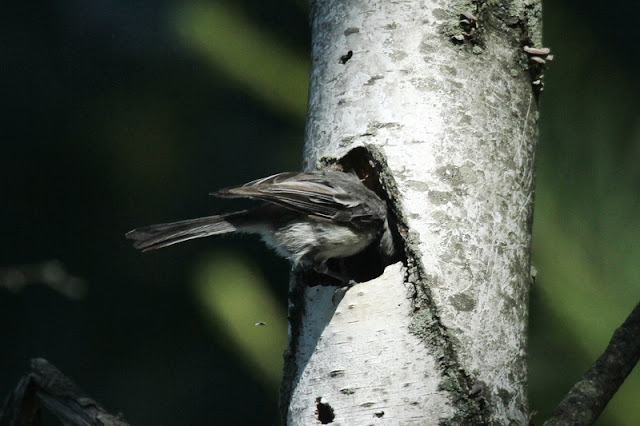 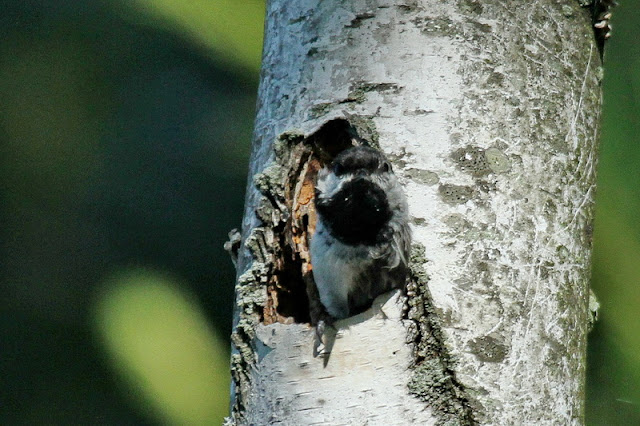 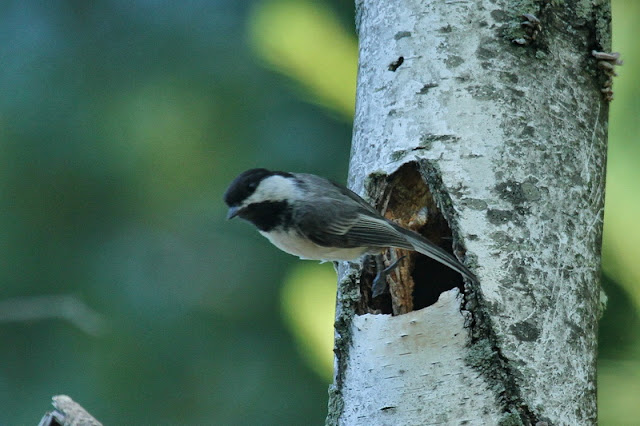 On the Rock River behind my home, two pair of Common Mergansers were foraging and coyly courting until I wandered a little too close along the bank. Then they headed up-river, either to escape my prying eyes or to find an appropriate nest site.

So great to have Good Birding right in the back yard!!
1 comments - add your comment