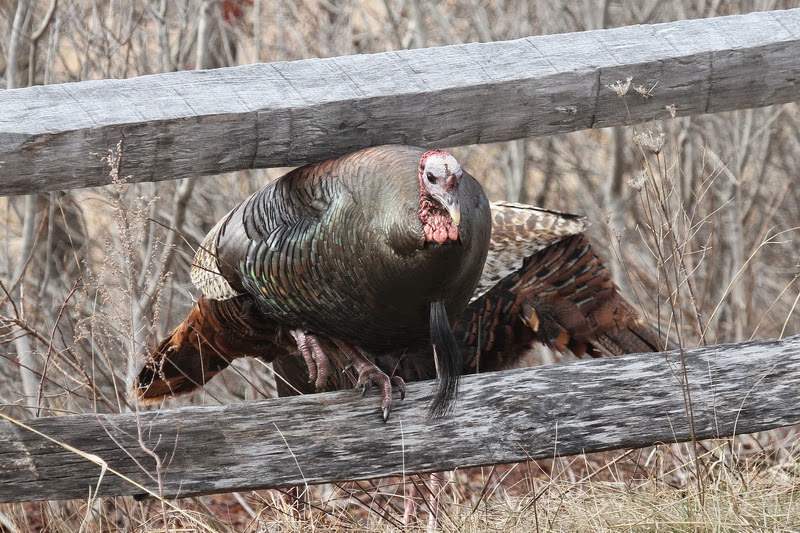 While wandering the concrete streets of Center City Philadelphia, I encountered the three most common Northern American exotic birds: 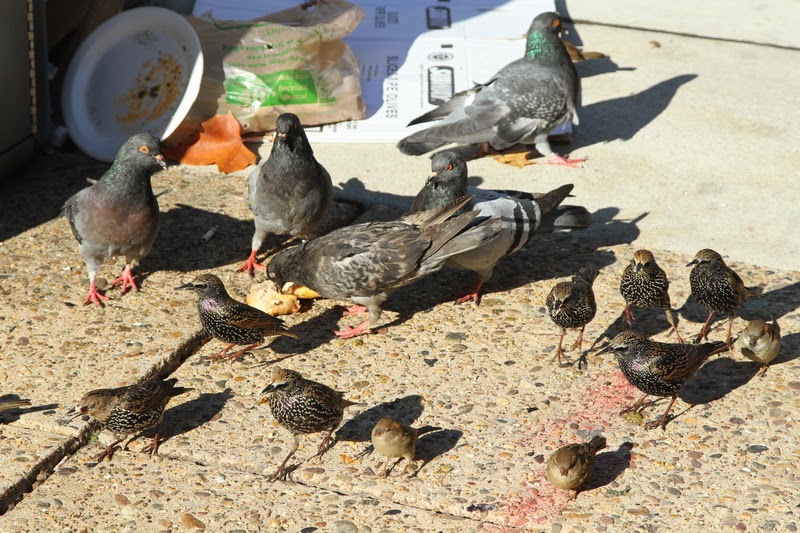 I do not understate when I say that most birders in North America regard these birds with disdain, at best.

But ... they are remarkable survivors. These birds make their living where almost no other creatures can (other than the invasive, environmentally destructive, biped).

They make their living, in part, by cleaning up the garbage of that wasteful biped. I'm not too happy when these birds raid my feeders in Vermont (though for voraciousness they pale before the Evening Grosbeaks). In the urban environment, these birds are a welcome sign of resilience. Winter is beginning to settle onto Heinz NWR. A skim of ice covered the impoundment, providing roosting for gulls, but there were enough open patches to provide forage for at least two dozen herons. Waterfowl moved to protected pools and the tidal Darby Creek. A few images from the brisk day ...


A drake Hoodie in pursuit of his harem??

Here's the rest of my experience with the "10 Most Wanted Birds" which  Birding Watching Magazine (August, 2013) compiled from a readers' survey.

Another species that Audubon missed, so I'm in good company not having the bird on my life list.

Audubon missed this one too. As a native Michiganer, I should hang my head. This rare species nests in the jack pines in north central Michigan, an area where I spent many summers working at a camp. But I was not a birder then, and I have not been back to the area in many years. Perhaps its time to change that.

A field trip with the Rio Grande Birding Festival successfully targeted this species (and then went for Sprague's Pipit). Big birding groups do not provide a photographer with his hoped for opportunities, so my photos of this owl are from Belize in March, 2011.

I have birded southeastern Texas and the Rio Grande area twice. This most colorful bird is common year-round, with the same delightfully roguish personality of the Corvids.

This bird rarely strays north of the U.S.-Mexico border, and rarely appears at the Salton Sea. Since I have never birded anywhere near this area, my odds of having seen it are far greater than exceptionally rare. Maybe I'll change that someday.

I hope you get to see the birds you really want to see, but whatever happens, have fun doing it.

Email ThisBlogThis!Share to TwitterShare to FacebookShare to Pinterest
Posted by Chris Petrak at 6:00 AM
Labels: Ferruginous Pygmy-Owl, Green Jay

Birding Watching Magazine (August, 2013) included the article, "Most Wanted." The magazine asked its readers to list the 10 species they wanted to see more than any others.

When I added the No.1 "Most Wanted" to my list this summer, I dug out the old issue to see how I was doing with the other nine on the list. Not too badly, as it turned out.

Here's the list, and how I have fared. Some sightings were pre-photography, so I have turned to John James Audubon for illustrations when possible.

From the middle of the bridge, we looked down into the canyon of the Colorado River where two of this birds were resting and preening. On this day, the largest flying bird in North America chose not to fly, but provided a leisurely opportunity to view them. A naturalist provided biographical information on the two ladies. Unattached males take note: the lovely lady sporting the #28 is available and open to a proposition.

The view was a distant one, so while this species is checked on my list, a much better look is still desired.

I have never crossed paths with the world's smallest owl. Apparently, neither did Audubon. He did a painting with five owls, one of which was called "Little Owl," but there is no agreement as to the species he intended.

The Gyrfalcon spent most of the winter on Plum Island and attracted chasers from all over North America. For at least one additional year, a Gyrfalcon (probably the same one) hung out on a building in Boston, likewise drawing much attention. I went with a neighbor. Our sightings on Plum Island were through a scope, but close enough to view the  powerful flight that makes the bird such an effective predator.

Plans to visit Grand Manan Island have to be made in advance, and if the weather takes a turn, they can be canceled on short notice. Access to the island is limited and carefully controlled, but in no way does that impede a marvelous, up-close experience with these charming birds.

A few images from relaxed birding trips to nearby refuges last week. 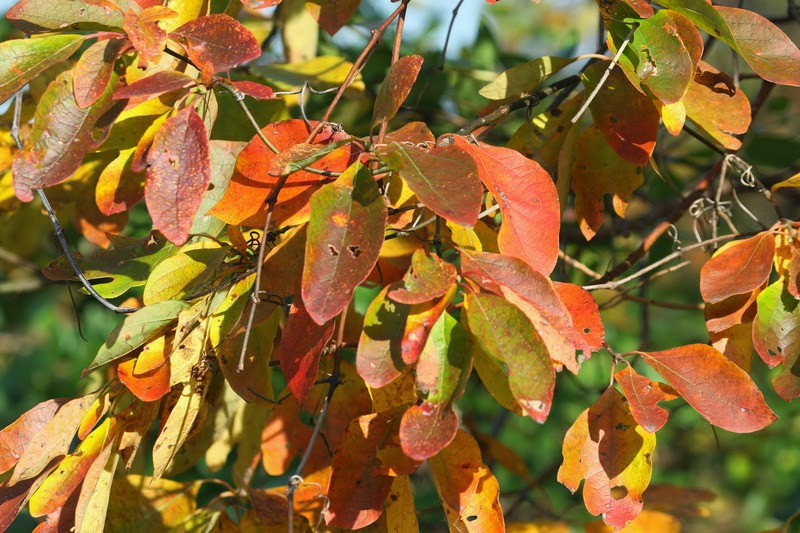 On my return from Cape May, I detoured to the refuge road at Forsyth NWR. A Northern Harrier (adult female) treated my to a hunting display over the marsh. 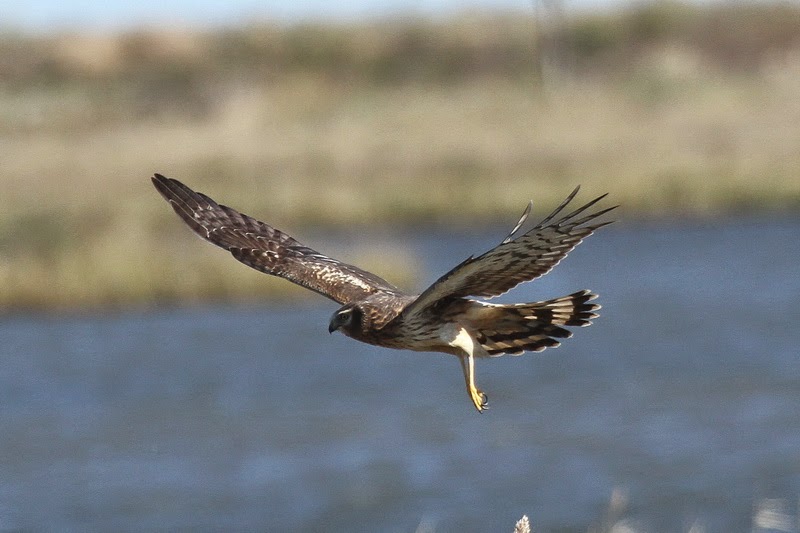 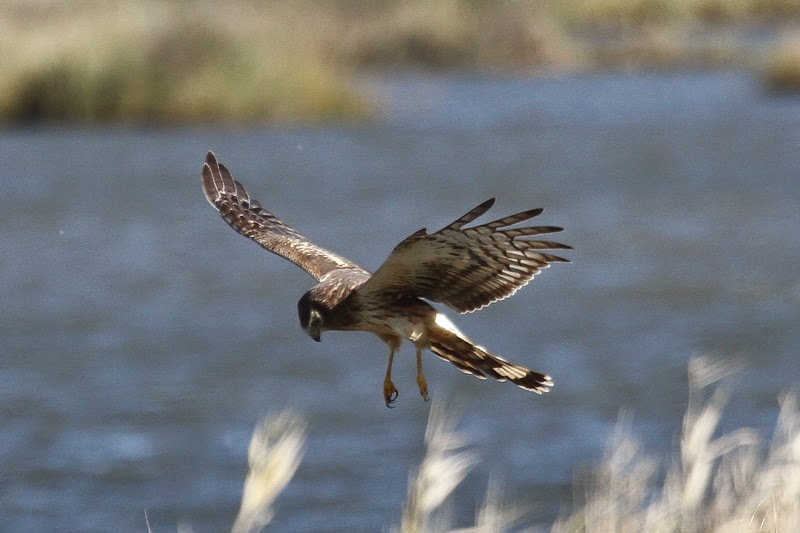 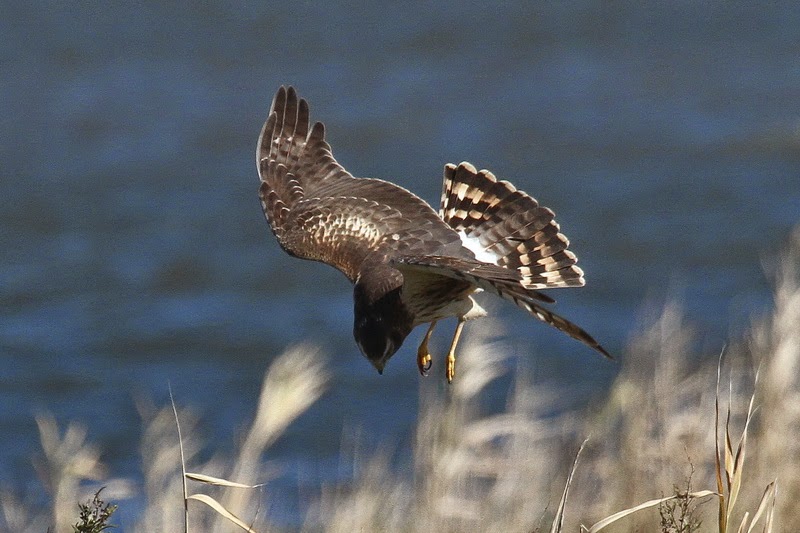 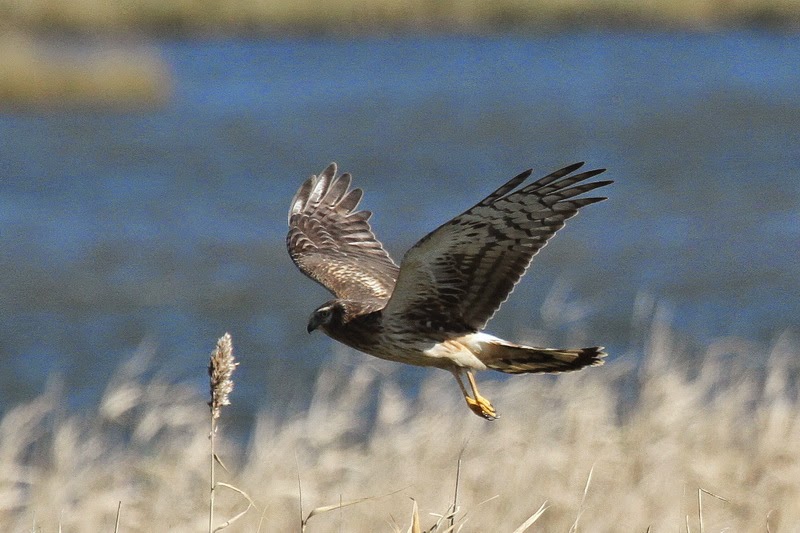