Plenty of signs of Spring at Heinz refuge in Philadelphia in the form of early migrants and early nesting activity.

A particular treat today was the presence of a pair of Blue-winged Teal, which I have found to be uncommon on the mid-Atlantic coast and rare in Vermont.

The eagles appear to be on the nest, but too distant for any photos. In the early migrant category, Eastern Phoebes are "fee - bee - ing", and a flock of Pine Warblers proclaimed their buzzy presence ...

In the early breeding/nesting activity category, there was vigorous singing by cardinals, Song Sparrows, blackbirds, and robins. A mallard hen was on the nest while her mate kept wary watch nearby.

Carolina Wren males were singing with enthusiasm. I observed several individuals who were giving a buzzy call, were not singing, and who appeared to be in early stages of finding/building nests in hidden places.They were also less richly colored. I suspect these were females.


A good opening chapter to the season of really Good Birding!!

Spring in Philadelphia - along Kelly Drive

The flowering trees are in their Spring-time glory. Its not quite peak for the cherry trees, but glorious anyway. A few samples from today in the museum district, near boathouse row, and along Kelly Drive ... 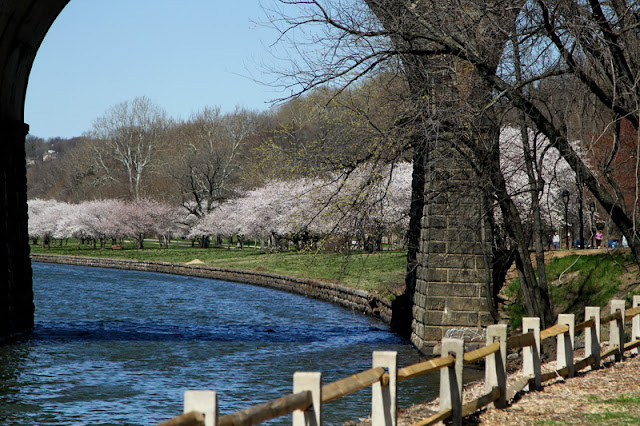 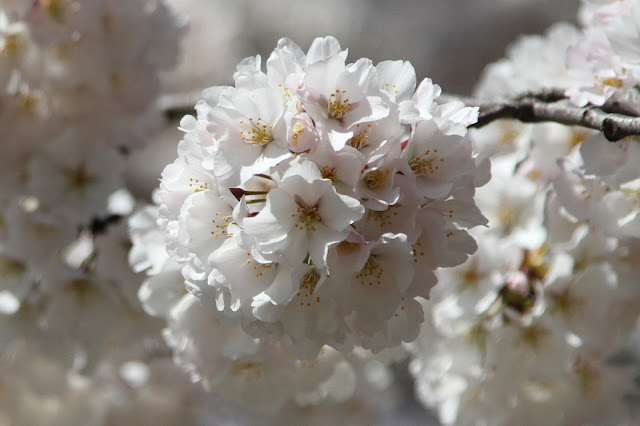 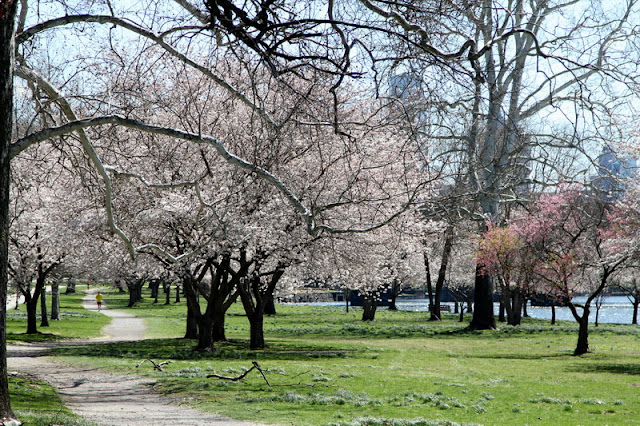 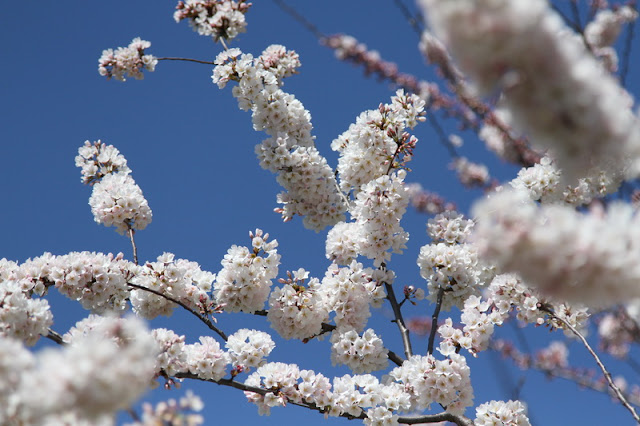 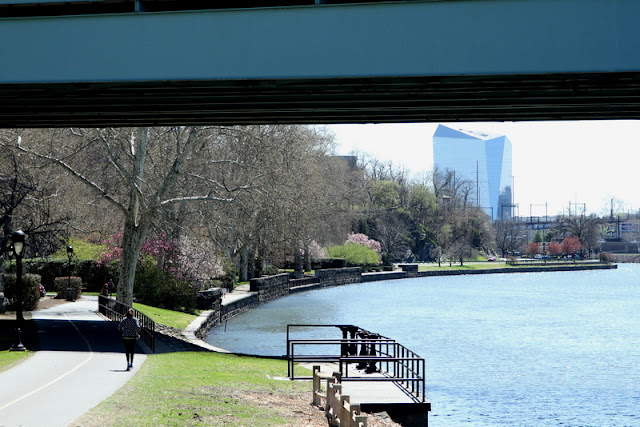 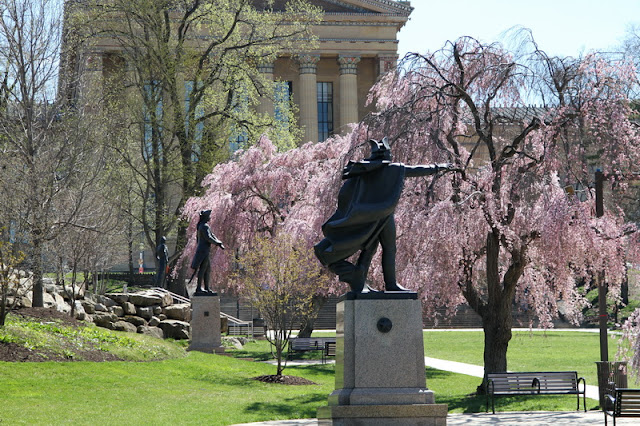 Email ThisBlogThis!Share to TwitterShare to FacebookShare to Pinterest
Posted by Chris Petrak at 3:58 PM

Wood Ducks on the Wissahickon Creek

These gorgeous ducks are secretive, wary, and often elusive when they are in the north and on their breeding grounds. But along the Wissahickon in March (and again in November) they are close, and visible, though still quite wary.

This time of year they are also active as the drakes compete with one another for the attentions of the hens.

Here are few samples from today, a delightful Spring day, made the more so by the entertainment provided by the Woodies. 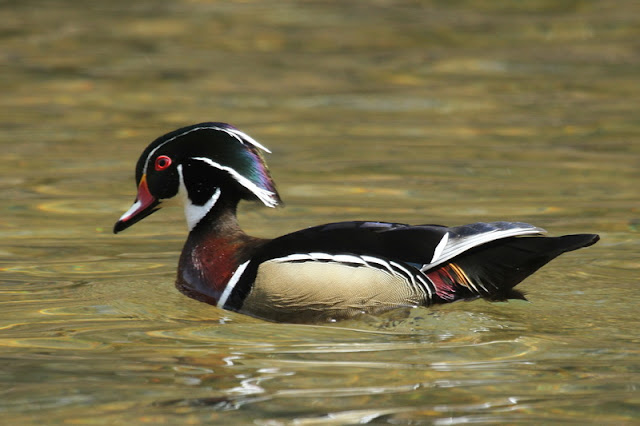 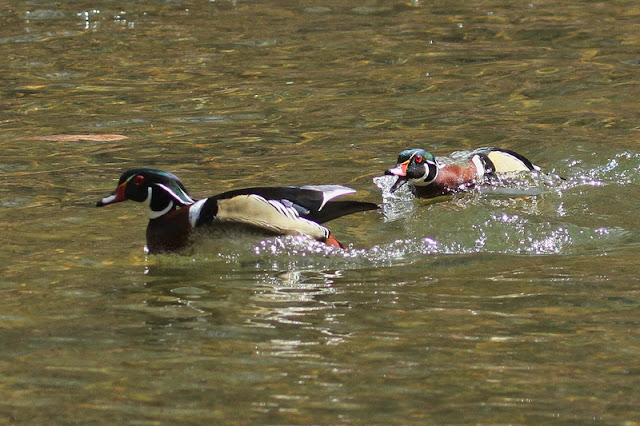 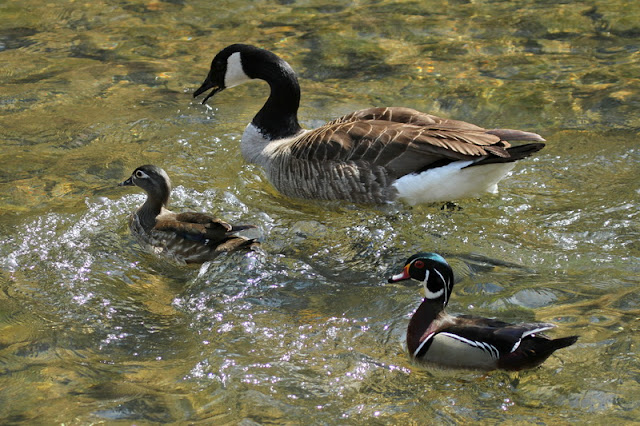 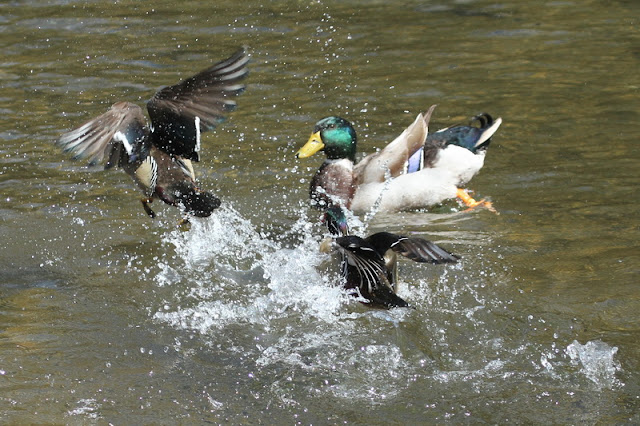 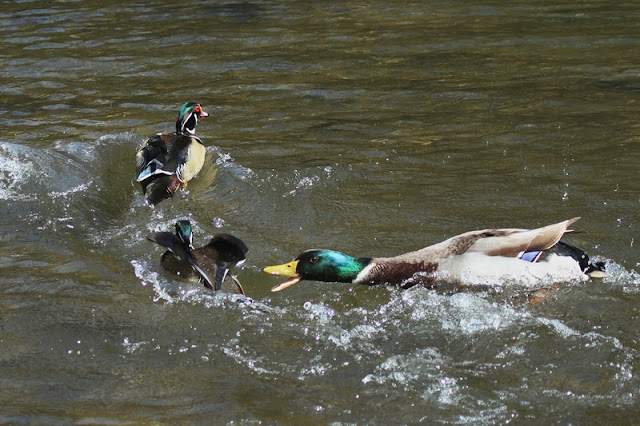 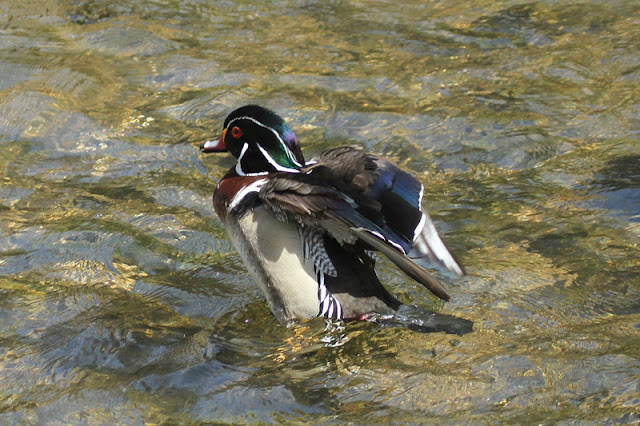 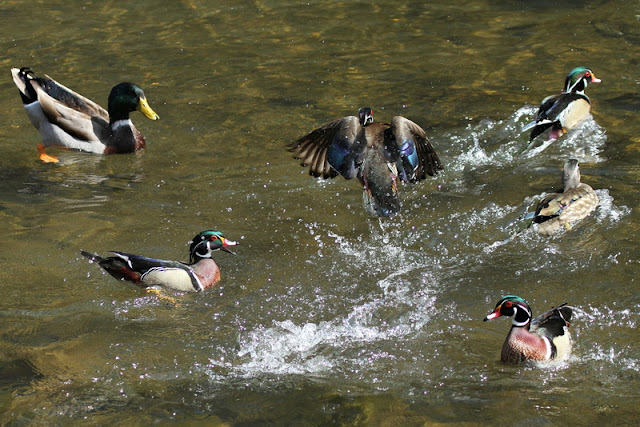 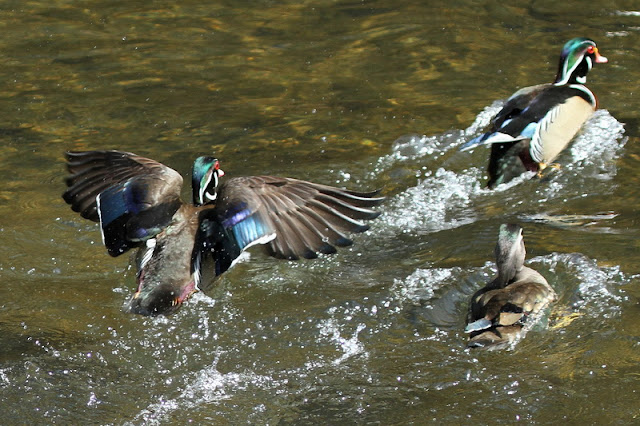 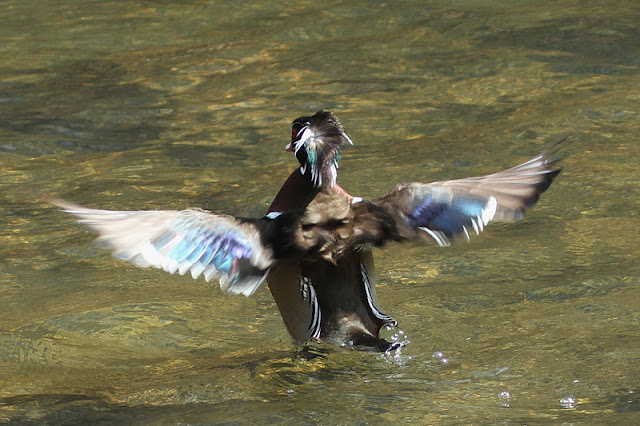 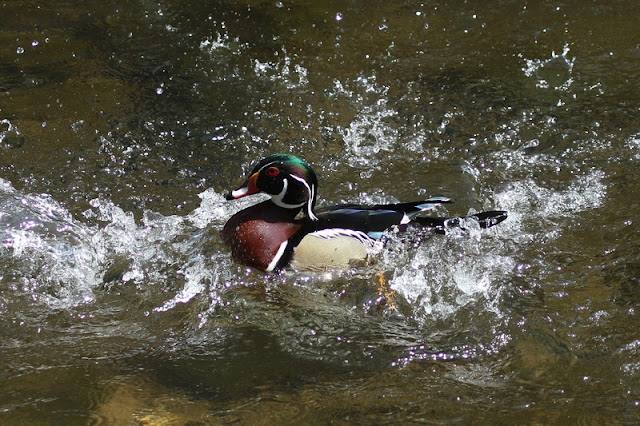 No birds, or other things with wings, in this post, but plenty of Spring Signs to get me out of doors.

Cherry Trees along the Schuylkill River are ready to pop, and join the magnolias and other flowering trees in a riot of pastels ... 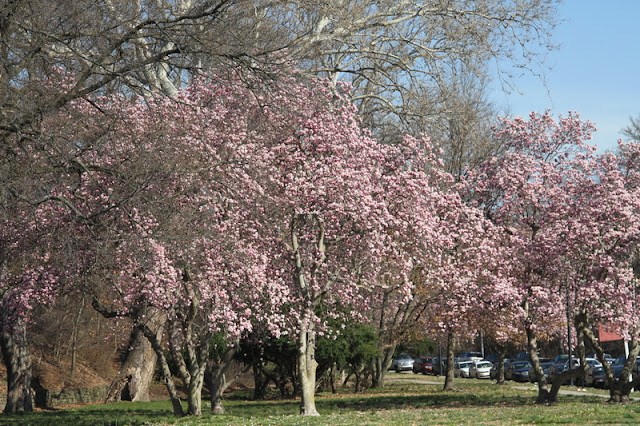 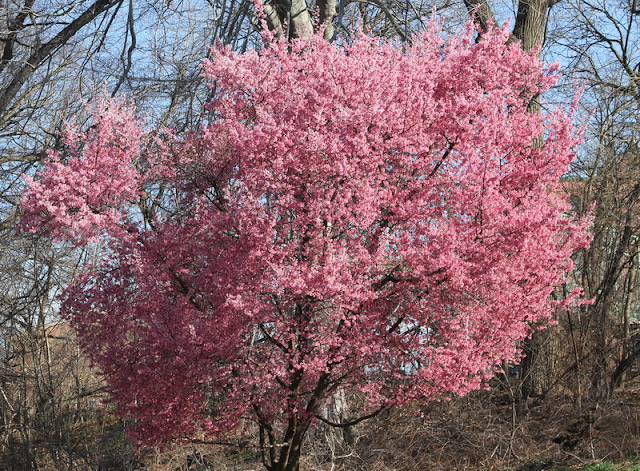 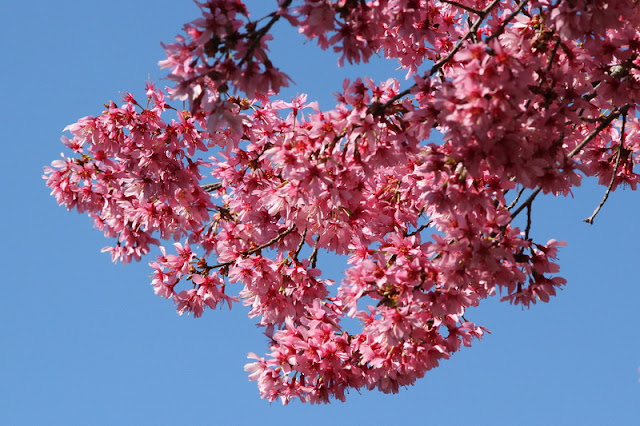 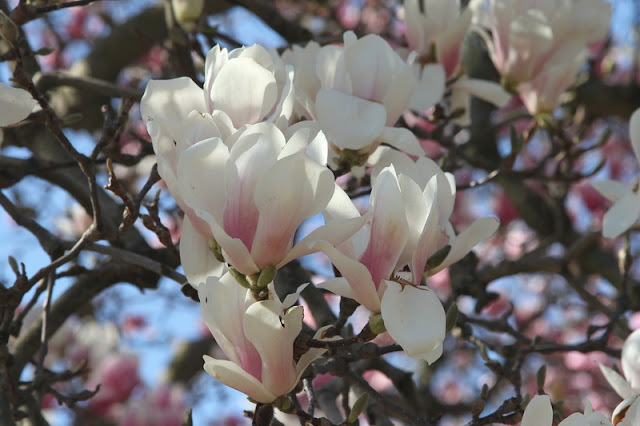 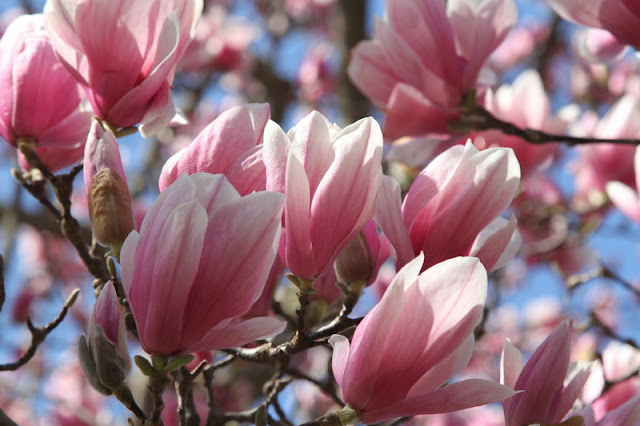 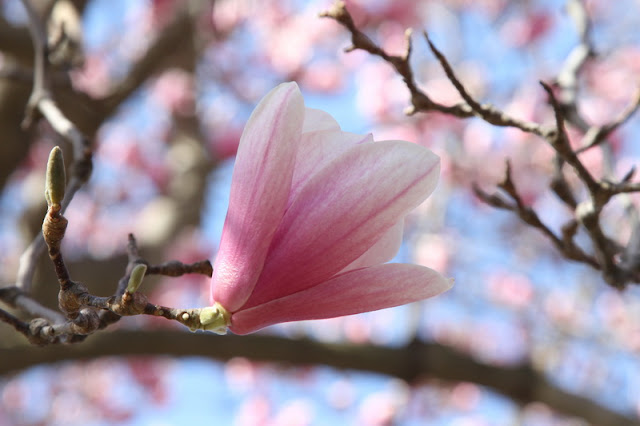 In addition to the return of song birds (previous post), the Spring temperatures also bring out the walkers, joggers, and bikers. 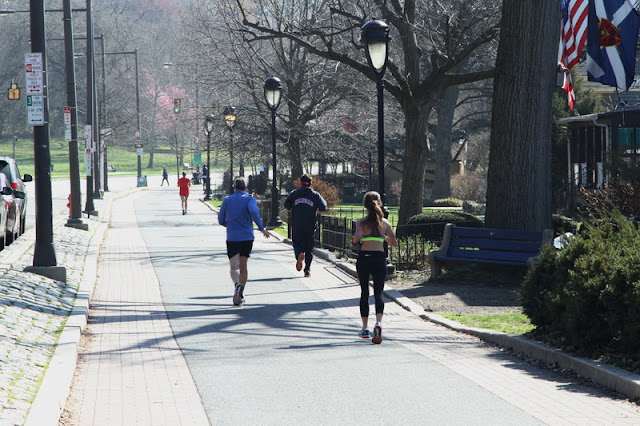 Boathouse Row will be alive with people late in the day when classes and work are over, and on the weekend. 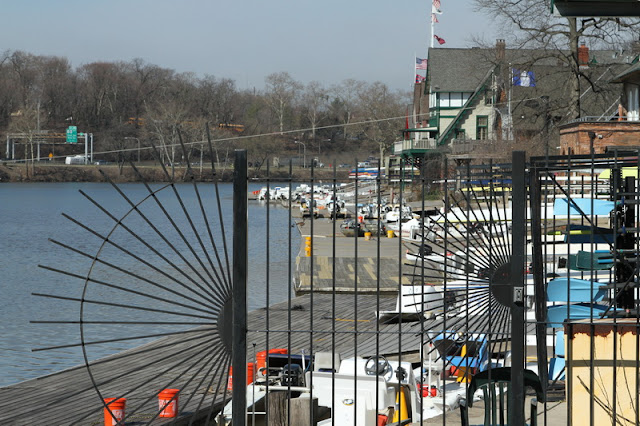 Email ThisBlogThis!Share to TwitterShare to FacebookShare to Pinterest
Posted by Chris Petrak at 4:19 PM

There have been lots of Spring Signs around the Philadelphia area during the last week.

At Heinz NWR the Rusty Blackbirds were back and the boys were singing there thin little blackbird song, while in the air the Tree Swallows were twittering their love songs and looking for territory to claim as their own.


Not quite so quiet were the Red-winged Blackbirds, the Song Sparrows, and the chickadees (who provided photo ops), along with robins, cardinals, and wrens.


Turtles were soaking up the sun, and the first butterfly of the season flittered through the woods, and toads were croaking their love song. 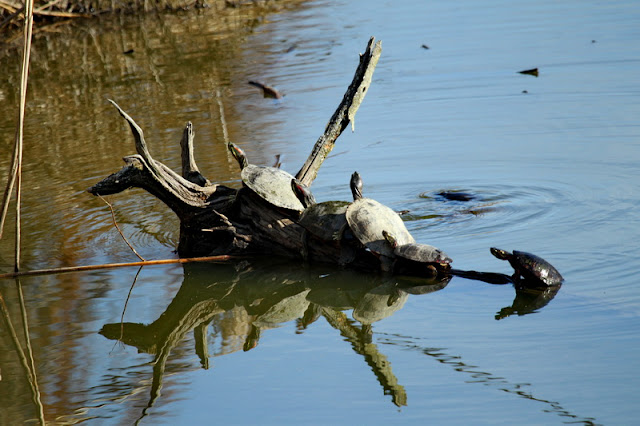 Waterfowl are decked in their finest (I never tire of the handsome shovelers or pintails).


Along the Wissachickon Creek Wood Ducks (I counted at least 30) were resplendent.