Songbirds finish their breeding season and head south. The boys hang with the boys, and the girls with the girls, and life is peaceful until Spring returns and hormones flow again.

Not so with the waterfowl. They head south, mix among their species, and seem to get right at the battle for the sexes. Yesterday in Cape May, I watched wild aggression among several American Wigeons. When my companion asked me what was going on, I replied, "A couple of men are fighting over a woman."

I'm not being sexist, nor stereotyping. It is what happens among wintering waterfowl.

This drake American Wigeon is not stretching his wings; he is posturing toward a rival male ... 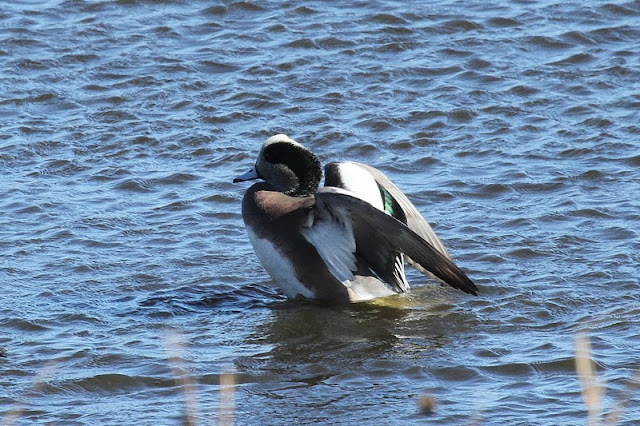 Birds of North America describes it this way: "Intraspecific aggression (threatening posture, rushing, chasing, biting, bill grabbing, pushing, and pursuit flights) is a common component of courtship, pair formation, and territorial defense. Most aggressive encounters on the wintering grounds, during migration, and early in breeding season occur during courtship and pair formation between conspecific."

Here are three more photos of the aggressive behavior ... 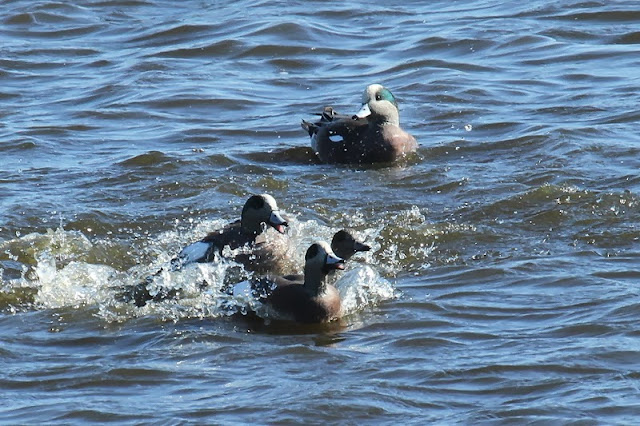 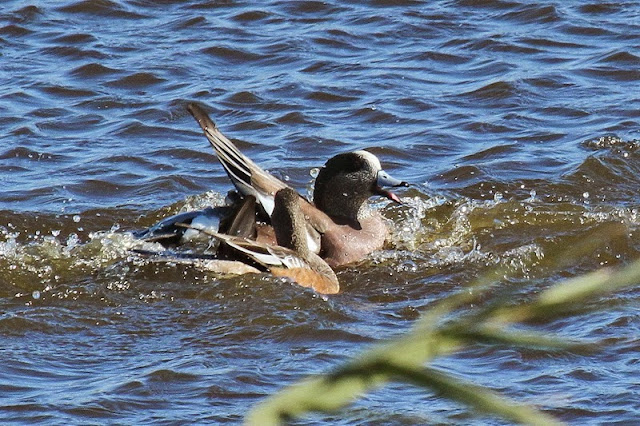 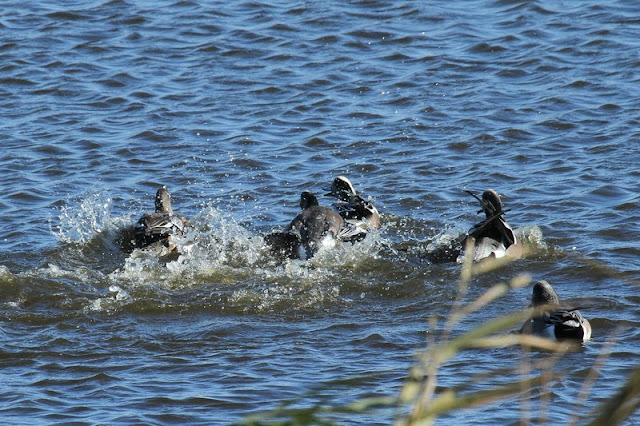 On a trip to Cape May in late October, I watched Mute Swans engaged in the same aggression - a male trying to drive off a potential rival. Nearby, a female just watched. 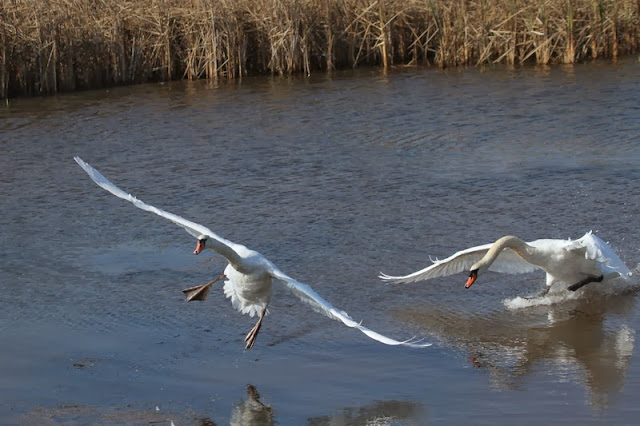 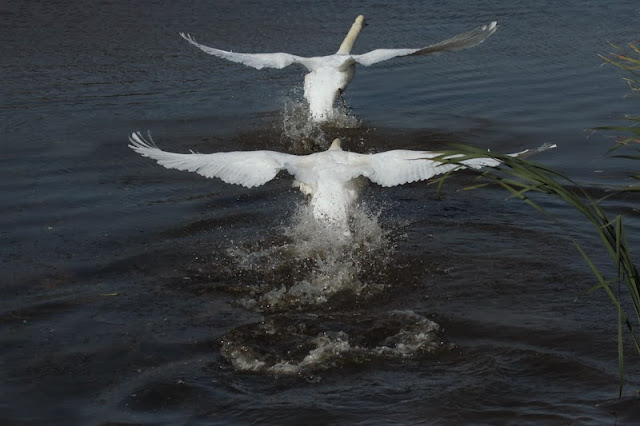 Although a bit more subdued, this shows courtship/pair bonding between a drake and hen Gadwahl. No aggression here, but the drake lurking in the background may soon provoke other reactions ...

We do not need to wait until the Spring to watch avian antics motivated by sex. Just look for wintering waterfowl.

There is certainly a lot to learn about this subject. I really like all of the points you have made.
Hunting Blog

There’s definately a great deal to find out about this issue. I love all the points you made.
Duck Hunting for Beginners

Thank you for what you are sharing very helpful.
Jerry Gonzalez.