I'm still here, although for various reasons I have not posted for several weeks.

Yesterday we did the Brattleboro Area Christmas Bird Count in southeastern Vermont. Rain held off and we had a good count, with 56 species recorded.

The White-crowned Sparrow was at my feeders. I photographed it on December 14. It was seen everyday through December 20.

Northern Cardinals have been common at my feeders this month. A resident pair plus a "flock" of 5 males and 4 females; I suspect these are yearling birds yet to pair and establish territory. Cardinals in Vermont are colonizers from the south. Old-time Vermonters often look askance at "flatlanders," but cardinals seem to be the exception ... and for good reason ... 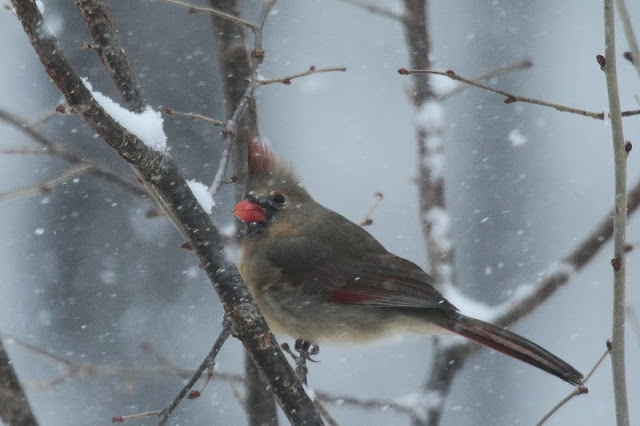 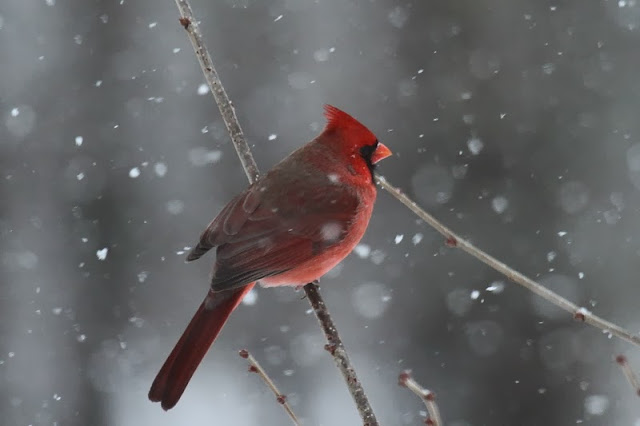 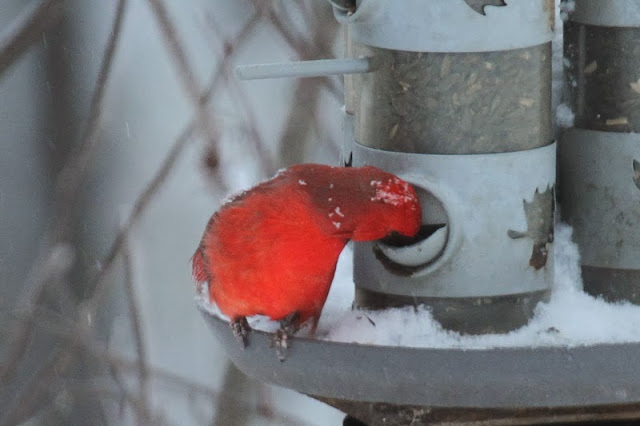 The backyard feeders also host the "snowbirds" who come south to enjoy to temperate winters of Vermont (temperate? really) and the several residents like the chickadees ...

Good to see you back, Chris! Wishing you holiday cheer from BZ.