This last week, I spoke with a photographer neighbor about the impossibility of capturing a two dimensional image of the damage. She agreed. To grasp the damage requires three dimensions and 360 degrees. Even so, I have tried.

The recovery work that has been done throughout Vermont is remarkable. All major roads are open (or will be in a few days). In my village heavy construction equipment has worked with remarkable dispatch to restore the roads, although they are still for locals only.

In the previous post, the second photo shows one of the road washouts. Here is the same washout two weeks post-Irene, Sept 11, crews working all day Sunday. 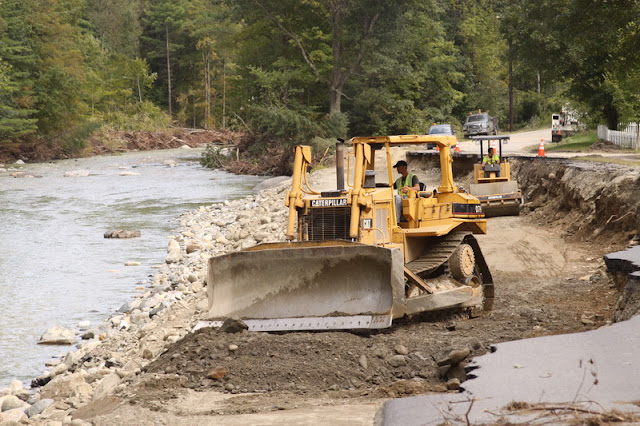 The same stretch of washout was back to grade and passable two days later. If the report I heard (much info goes word of mouth), it will receive the first asphalt in a few more days. 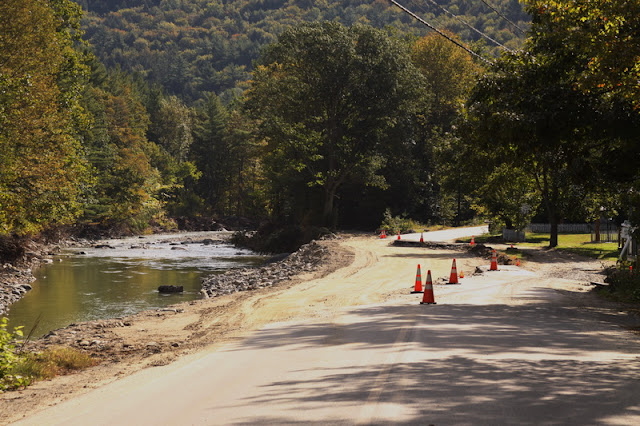 Thousands of yards of material have been needed to rebuild the roads. A few hundred feet east of the previous washout was another large washout. The Rock River (normally just a modest stream) had widened its bed. With the river bed scoured clean, no further environmental damage could be done to aquatic life. Normal regulations were suspended, and building material was taken from the river to rebuild the banks and roadbeds. Here is some of that work being done on
Sunday, Sept 11. Construction trucks such as these are not a normal sight in our neighborhood or roadways. 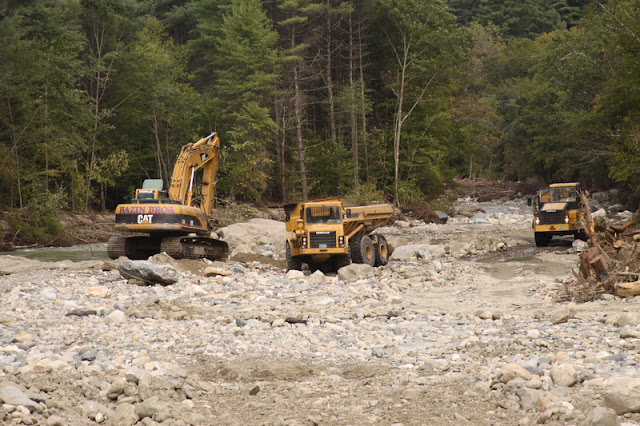 This next photo shows the same stretch of river bed and roadway seen in the previous photo. This was taken Sunday, Sept 18 - a rough but passable road, with the heavy equipment now working in a different area. 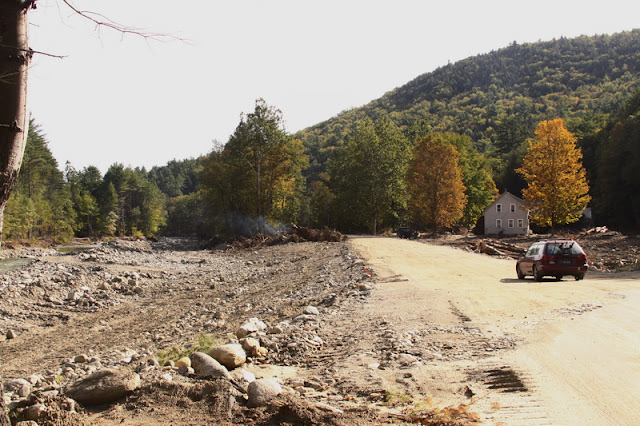 With all of the disruption of the present, I nevertheless took a day off for something normal - a few hours of hawk watching on Putney Mountain. It was Sept 16, the day when Prognosticator Phil guarantees at least 500 migrating hawks. With Golden Eagle and Bald Eagle, a few accipiters and falcons, and a reasonably good flight of Broad-winged Hawks, it was a time of needed mental and emotional therapy.

Well good luck for the reconstruction but I see that the workers are working hard and it seems to me to be in good hands... Hope you will be able to enjoy life as normal as possible soon..

Impressive progress, Chris. Glad you got a chance to watch some of the migration activity.