A Snippet of Hurricane Aftermath & Wildlife

In the beaver pond on Augur Hole Road, just around the corner from my home, I photographed this White-eyed Vireo in early May - a rare bird for Vermont. He sang for several days and then was not heard from. Perhaps he realized that he had strayed out of his range and flew back south. Or perhaps something else happened.

Two weeks after Irene, on September 11, I took the following photograph of the same beaver pond in South Newfane. In the previous photo, I was standing in an alder thicket approximately where the river gravel is exposed in the center of this next photo.

We lost 40-50 feet of our property, including our leach field. The area contained several dens, although we have never been able to determine who was using what when. We suspect that there were rotating occupants - groundhog, skunk, raccoon, gray fox, and perhaps others. 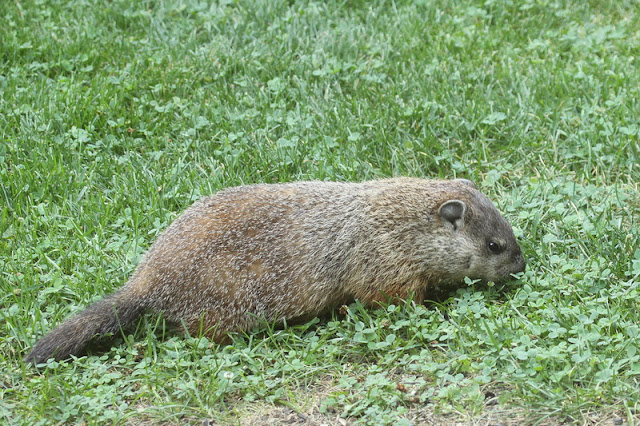 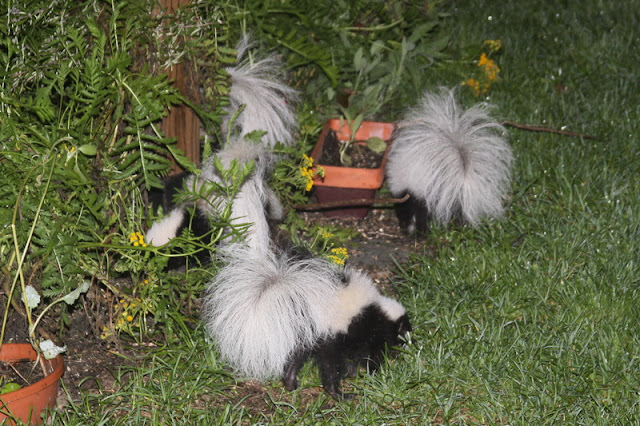 Did they all get washed away in the flood?

One evening I saw two skunks (for certain) who were cleaning up fallen bird seed. There are not as many birds, so not as much fallen seed. The skunks have apparently moved elsewhere, or at least are not feeding quite as often in the yard. But they survived the flood.

sorry to see the damage done by the flood, glad most of the critters seem ok. great photo of the vireo