Finally we have made our way down the Florida Keys to Key West, and the to Fort Jefferson  & Dry Tortugas National Park.

The specks in the sky above the Fort are Magnificent Frigatebirds ... 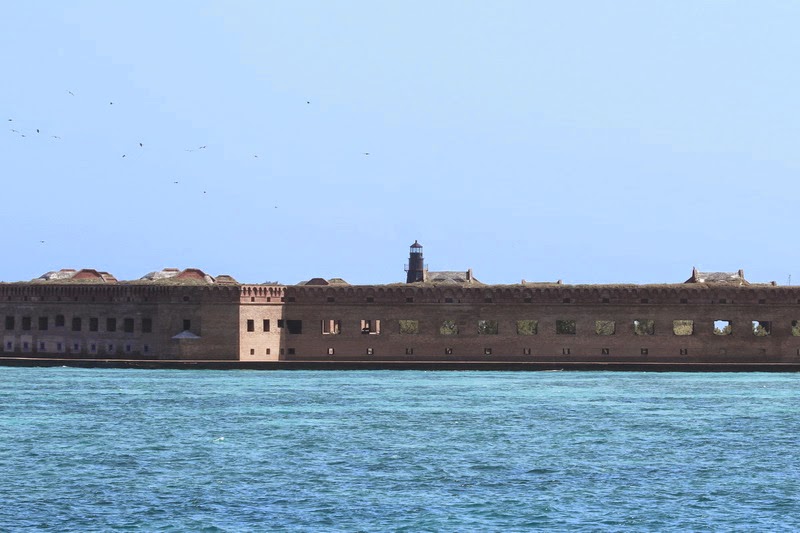 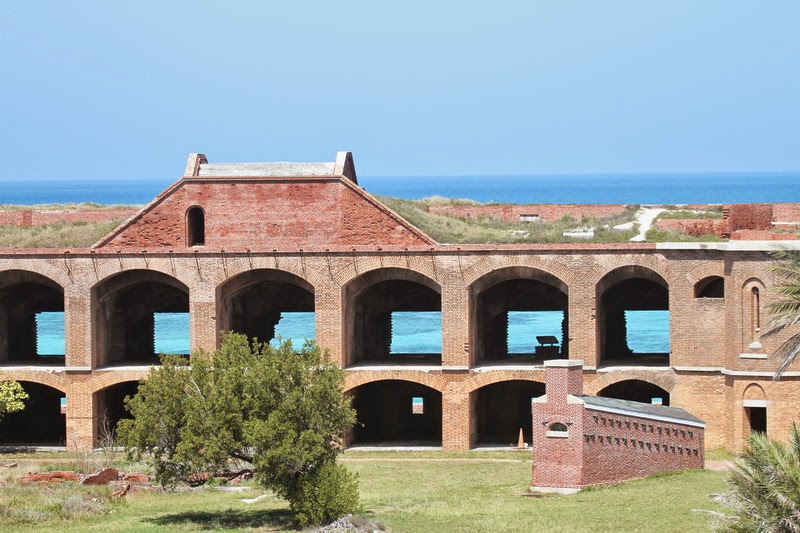 From the top of the ramparts, one is up close and personal with the frigatebirds, though anywhere on the island you can watch the splendid flying ability of these birds.

They "have the longest wings relative to weight of any bird. They endlessly soar high over, never landing on its surface." (Sibley)

Audubon said that the "Frigate Pelican is possessed of a power of flight which I conceive superior to that of perhaps any other bird." He also described them as "equally lazy, tyrannical, and rapacious, domineering over birds weaker than themselves." Often described as "aerial pirates," they steal food and nestlings from other birds, and if necessary, will pick marine life out of the water without landing on the surface.


Whatever their reputation may be in regards to other birds, they are magnificent aerialists. Here they are preening on the wing ...

I have always wanted to visit the Dry Tortugas. Frigate birds have such menacing looking bills.