I missed the Fox Sparrow in my yard during Spring migration. Reports have been coming from around the state of Fox Sparrows showing up, and I was beginning to worry that they might pass me by. Not so. The Fox Sparrow showed up this morning and has been coming and going all day. Such a big, handsome bird. 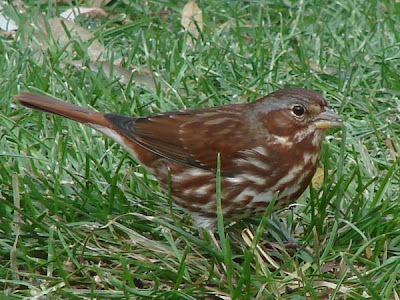 I had some trouble getting a decent photograph; I think I accidentally pushed some buttons which altered the automatic settings. I did two things. I corrected the settings. And then I took the radical step of washing the kitchen window - both outside and inside. (The kitchen window serves as cat TV, and the inside was full of nose marks from their intense interest in the programming.)

But there is no substitute for being outside. While waiting for the Fox Sparrow to reappear, I took the photos in the previous posting. The Fox Sparrow did not cooperate, but the Carolina Wren did, coming repeatedly to the sunflower and suet feeders. I hope it takes up residence in the neighborhood. 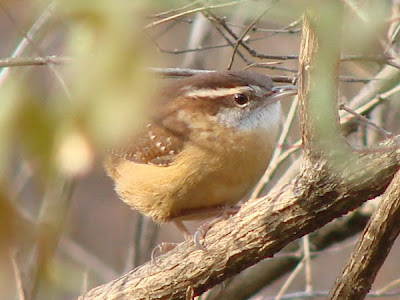 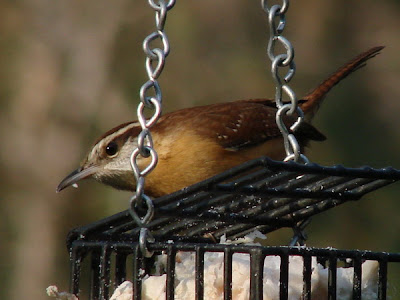