I'll begin this second post on my Cape May trip on the beach by the Nature Conservancy in Cape May. The endangered Piping Plover nests here. There were two nests protected with a wire cage on my first visit, and two more added a day later. The cages protect them from various natural predators. It always seems a little odd that an endangered species should be so easily seen, but I have never missed this bird on my Spring visit. 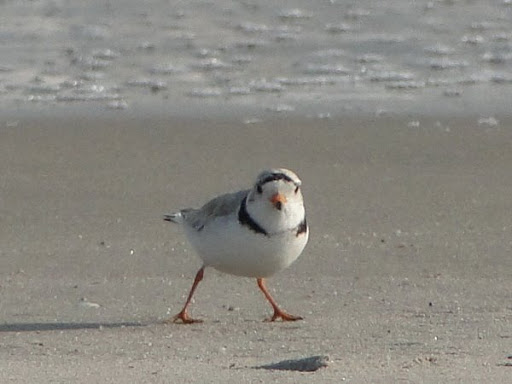 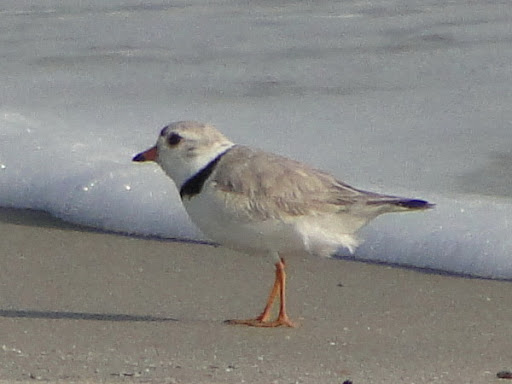 Matt's Landing is part of the Heislerville WMA in the county north of Cape May. After a morning in Belleplain State Forest, I spend the mid-day along this part of the Delaware Bay. The managed impoundment is a great shorebird spot, and I was there at low tide, so there were thousands of birds present. This next picture shows a tiny segment of the roost. Semipalmated Sandpipers dominate in the foreground, Dunlin in the background. Can you find the dowitcher? 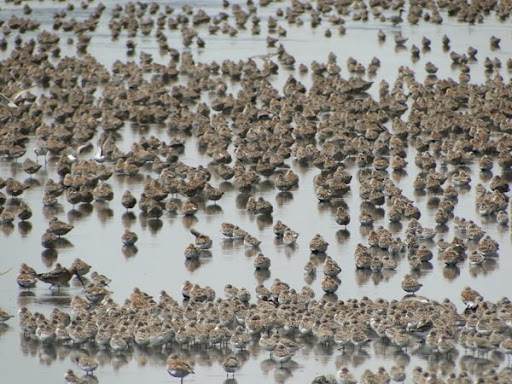 A tight group of Semipalmated Sandpipers (plus three Semipalmated Plovers). The SESA is one of the "easy" peeps. I talked with another birder who had seen a White-rumped Sandpiper. Curlew Sandpiper is also seen regularly here, but I just did not have the patience to search 20,000 birds for either - especially since they regularly rearranged themselves! .... 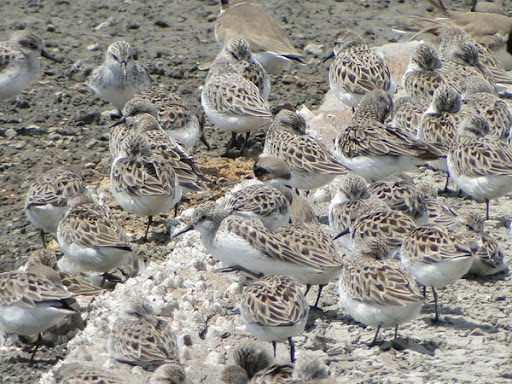 .... as this next photo shows. It is likely that a Peregrine Falcon was somewhere overhead, since all of the birds on the impoundment took to the wing at one time, putting a curtain of birds on the scene! Breathtaking - although I have to remind myself that this is just a fraction of the numbers that refueled along the Delaware Bay a few years ago (another issue). Black dots in this mass of birds will clue you to Dunlins. 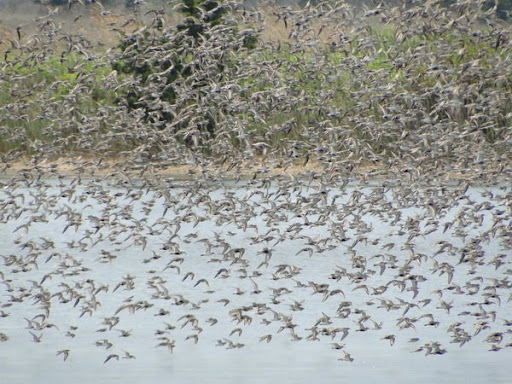 Matt's landing has been a dependable place for the Red Knot, but not this year. The only place I saw them was by Stone Harbor. After the cryptic reference to dowitchers, a couple of more satisfying photos are in order. The two dowitchers are notoriously difficult to tell apart, so if anyone thinks I have mis-identified these as Short-billed Dowitchers (adult breeding Atlantic - white belly, buffy to orange neck), please tell me. 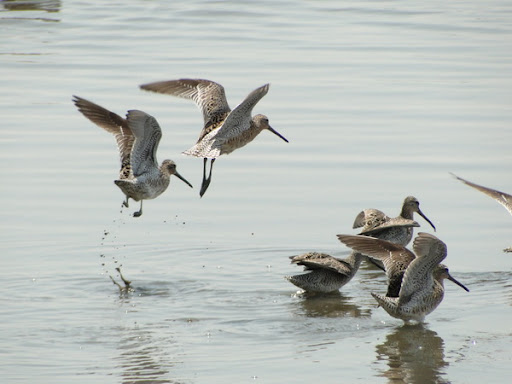 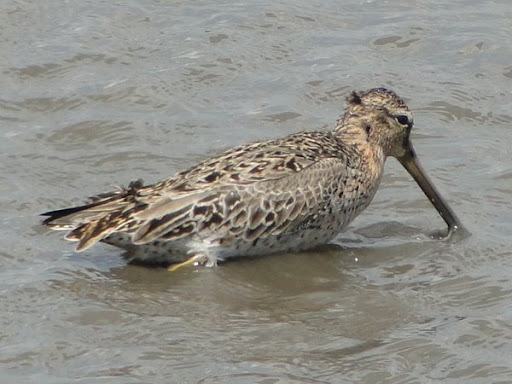 An unexpected treat was the American Avocet, a bird that is accidental in New England and rare in New Jersey. (This was only my second sighting of one in the Northeast, if the Northeast can be extended as far south as New Jersey.) A beautiful bird! - and I hope it can find its way to breeding grounds and pass along its genes. 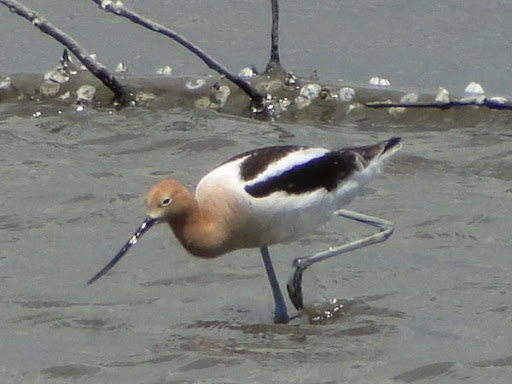 OMgoodness!Great post Chris!
We are there now!..caught high tide last night at the impoundments..Sooo coool..wasnt it?
Thousands of birds just like you photographed...
The Curlews were very easy to spot each time...we are here again today..
they always are in front in mud area ..not in water..male and female..and we had bonus of Golden Plover.
Sorry you didnt get to see...bummer..
I will post my visit tonight..
check my blog tommorow..
Ok now i am going to read your post about Jakes Landing.
Havent been there yet this visit.

WHY did you have to tell me about the Curlews? Maybe I should have more patience. Great spot - also the lighthouse and thompson beach

Great photos and post. wishing i wasnt at work :)

Hi Chris,
Thanks for passing by my blog, I could then discover yours and I'm very happy. I'm running out of time tonight but I will come back... I like your avocet, they are so cute!!
Nice to get s shot of this endangered piping plover!!

Chris
Chris from Picus blog and I are planning a Bird/nature blogger get together June 13th you can read about it here http://is.gd/Cc9x
let us know if you want to join us!