But the highlight of the morning (apologies to Don) was the stop at Allen's Marsh in Westminster on the way home. A slight movement in the marsh grasses made me pause & wait. Eventually this Virginia Rail showed him/herself, and shortly was joined by a second rail. Lots of good pics resulted - more later this week, probably with this week's column. 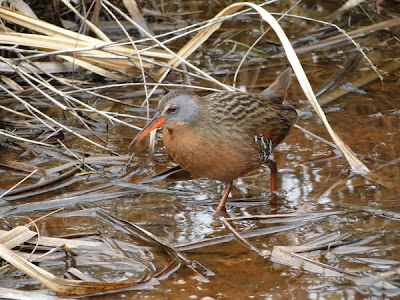 Earlier at Herrick's Cove, my first Vermont Prairie Warbler made an appearance, but headed out before I got my camera up.

Another highlight was the pair of Green Herons in the beginning stage of nest building. Not a great pic, but it does show how flimsy the nest still is. 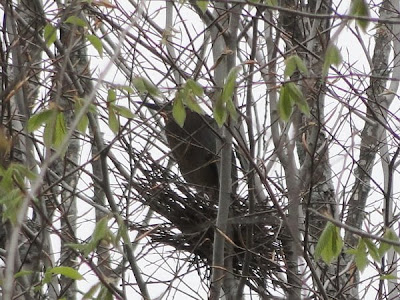 I've been enjoying getting to know my new camera. First pic is out the back door, no zoom. Note the two hanging feeders (above bear reach). Second is from the same spot, 20x zoom. 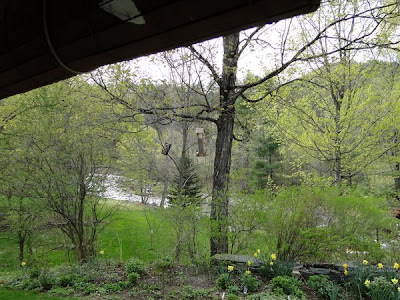 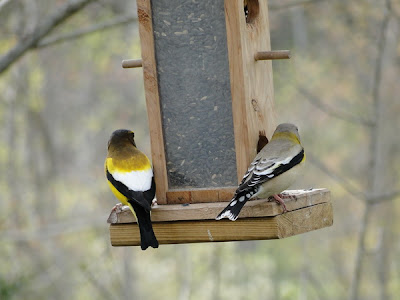 Crown imperial in the garden ... 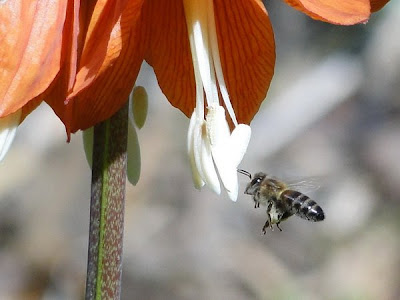 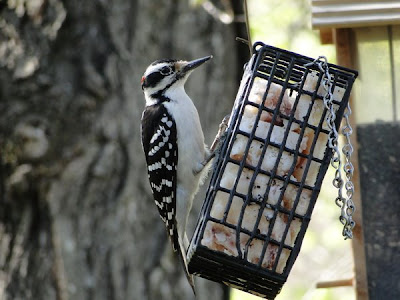 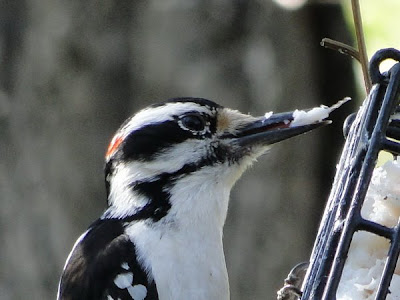 Congrats on the Rail!!!! That is so on my list this year as a must see. Gorgeous photos. Looking forward to seeing more this week.