Herrick's Cove Wildlife Festival was on Sunday, Began with intrepid Don Clark leading a large group on a bird walk. Many migrants are returning, including Baltimore Oriole, Field Sparrow, Eastern Kingbird, Warbling Vireo - and plenty of very enthusiastic Yellow Warblers, looking resplendent in their spring attire. The boys were not much interested in my attempts to phish them closer; they were too busy with the early efforts to keep other males away from their territory, wherever that may eventually be - singing with enthusiasm and chasing one another. 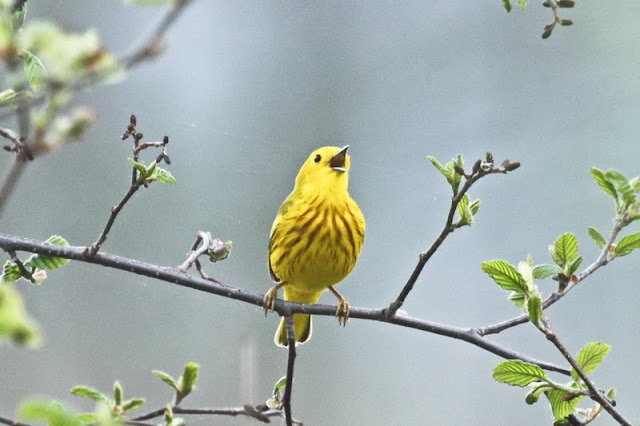 The festival has many types of wildlife activities and displays for the family. Kent McFarland from Vermont Center for Ecostudies set up mist nets and did bird banding, although few birds cooperated by flying into the nets. The few that did provided visual aid to Kent's engaging explanations of the process of banding, as for example, this very handsome Gray Catbird ... ... although he/she appears to have some different opinions about the whole affair. 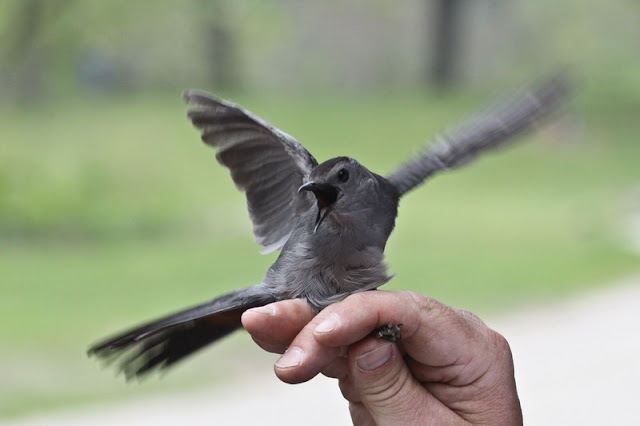 At Allen's Marsh, a pair of Virginia Rails were calling back and forth. One provided a brief view. 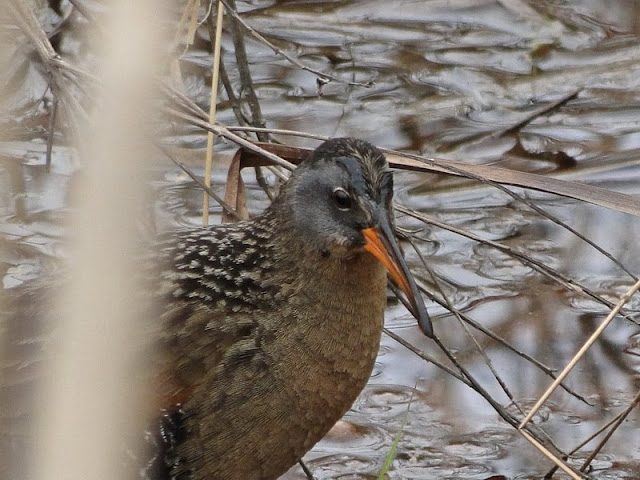 Note: the Wildlife Festival has been held on the first Sunday in May for the last eleven years.

It has to be and interesting event to watch the banding of birds!! I saw the gray catbird pair yesterday right in there usual nesting area near the woods in back of my home....this one does not look like he likes the whole event!! Nice photo of the yellow warbler letting the whole area know he is there!!

Love that first photo!! It's gorgeous...the Virginia Rail too.

So exciting this time of year when birds are migrating thru and back home.
Sounds like a fun wildlife festival..
Jeff and I are finally done with our Birding 24/7 in Texas and are headed north.
Hope to get a group together again this summer/fall

Beautiful shots Chris! I think the first shot of the Gray Catbird is my favorite. There's a lot of trust in that moment you captured.

I will be joining my sister and niece for a few days in Ludlow next month. Any suggestions for birding haunts?

What a great experience. Love photo#3 of the opinionated cat bird.