Last Saturday, the Putney Mountain Hawk Watch counted almost 1800 migrating hawks, a very high count for this site. In the conservative counting done by these watcher, 875 hawks were counted in a mega-multi-kettle during a ten minute period in the early afternoon, the largest and most concentrated flight of Broad-winged Hawks recorded in the history of the site. Unfortunately, I was not present; I can only report second hand on the awe experienced by those who were present for the northern mini river of raptors.

Smaller numbers of Broad-winged Hawks (a few hundred) were reported on Sunday and Monday. Yesterday, Tuesday, my count day, the broadies were down to a hand-full. However, this adult flew relatively low and was beautifully back lit by the blue sky. It had a very full crop, evidence that during this early part of the migration, they do eat (apparently a matter of debate among some). Passing directly overhead, the bird offered an editorial comment on the voyeurs seated on the ground - note the trailing white streak. Or perhaps it was just getting rid of excess baggage. 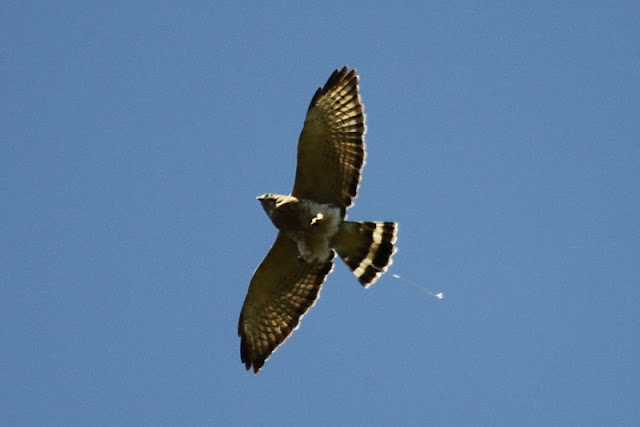 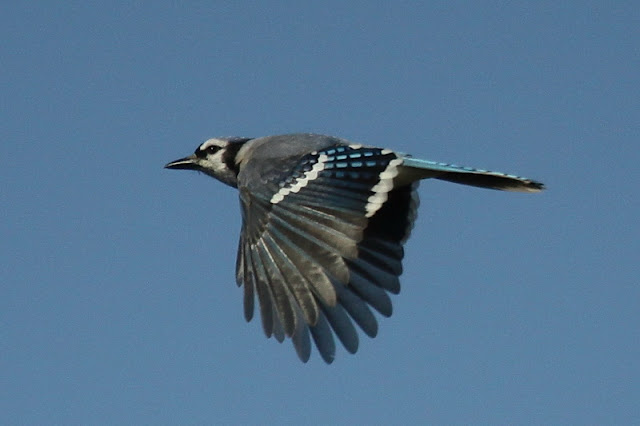 This caterpillar of the Cecropia Moth has provided diversion during quiet hours this week. 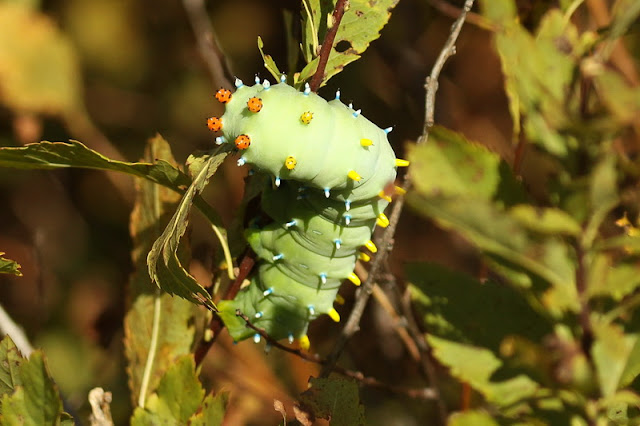 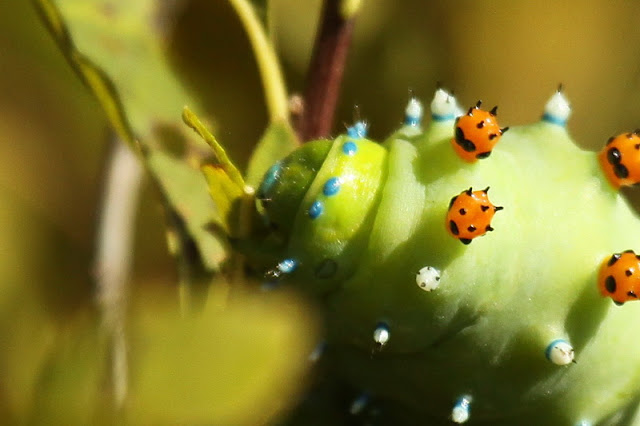 Finally, just a couple of brief samples of the emerging autumn colors which transform the Green Mountains into a palate of bright, bold yellow, orange, and red from late September to late October. 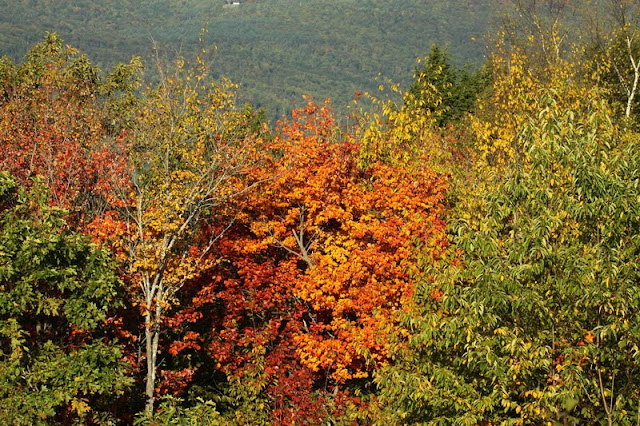 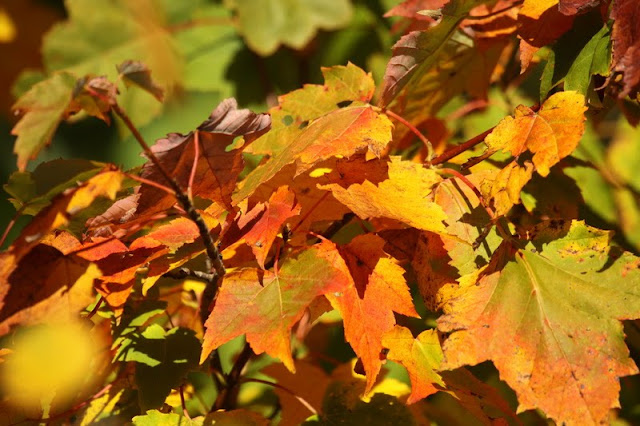 We drove over Rt. 9 between Bennington and Brat last weekend. The colors are just starting. There was a big difference between Friday afternoon and Sunday afternoon.

About the Broadwing, don't take it personally. We get it all the time from the local gulls. ;-)

Beautiful fall colors, Chris! Love the hawk and the Jay in flight is just awesome!

I can't even imagine what that number of broad wings would look like; must have been an incredible thing to see. Love the caterpilar shots.

good to be here, and visit through your good job of your nice site.

by the way, could you exchange my site?

this is my site:
<a href="http://http://khmernewstoday.blogspot.com/

The caterpillar close-up is amazing. I wonder what those red studded knobs, the blue and yellow ones, are for? What evolutionary advantage? Or do caterpillars too have a sense of beauty?

Oh, no! It really is fall there! A few days and it will be here in full force - time to start mourning in earnest!

Fantastic photographs!
I envy you the bird shots! LOL!!
The quality of your macro is also outstanding!
Your caterpillar is really funny, as are most of them, and its red excrescences look like tinier bugs!!
I can see autumn is upon you much earlier than here, in the south of France, but we are getting there with some welcome rain!
Cheers, Chris!

...love those colorful leaves!! Wow...200 Blue Jays! That must have been an amazing site. I've never seen that many in one day. The caterpillar macro is very cool. I'd love to find one of those!