From April through August, the American public watched  the environmental disaster caused by the corporate failures of BP and its associates. Millions of barrels of crude oil poured into the Gulf of Mexico, fouling beaches, marshes, the sea bed, killing untold numbers of wildlife and seafood resources, and threatening the livelihood of people who have lived on those waters for generations.

After months of trial and error, and learn-as-we-go, the oil well was finally stopped, then permanently “killed.” The disaster was over and the American public breathed a sigh of relief. With a normal attention span of a two-year old toddler, the oil spill had taxed the public’s concentration ability almost to the breaking point. The broadcast media, with an even shorter attention span, quickly filled the gap once the oil was stopped. Finally they could report on something really important like the failed drug test and additional jail time for Lindsay Lohan, that poor girl.

Out of sight and out of mind. The New England Patriots won on Sunday. Life is back to normal and good.

Don’t believe it for a minute. The Gulf oil spill is a disaster which will require decades before complete recovery is achieved, if recovery is even achievable.

Collectively, the American public has a very short attention span on average. But imagine what that average would be like if it was not raised by people who have a longer span. Some people do remember, even back many years. And you remember over twenty years ago (1989) when the Exxon Valdez ran aground in Prince William Sound in Alaska and spilled its load of crude oil. At that time, we thought it could not get any worse. But recent events have shown that one drunken ship captain is nothing compared to the collective malfeasance of corporate corner cutters. 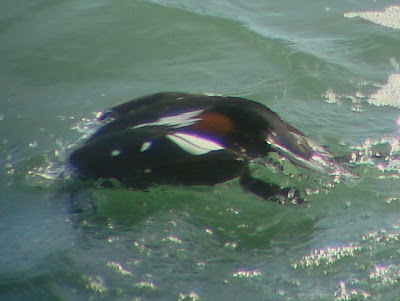 Sticking with the Alaska spill: scientists have continued to study the effects of oil on the ecology of Prince William Sound. Living Bird, published by Cornell Lab of Ornithology, reported in the Summer, 2010 issue, some of the results of the continuing study. Before the Exxon Valdez, it was thought that oil from a spill dissipates rather quickly and natural systems rebound. “So scientists were surprised when a 10-year reassessment shows that many species in Prince William Sound had not recovered, and some, such as Pigeon Guillemots and herring, were still getting worse.” They have also found thousands of gallons of unweathered crude under the sand and rocks, particularly the intertidal areas where it periodically gets stirred back into the water. 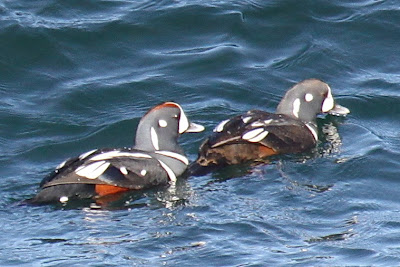 Harlequin Ducks provide one example of the long term effects. These ducks have the ability (shared with many vertebrates) to make an enzyme when they encounter the toxins contained in oil, such as PCBs and dioxins. “There are few natural resources of these compounds, especially in otherwise largely unpolluted Prince William Sound, so finding the enzyme indicates that the ducks have recently ingested some toxic oil ... In the 2010 study, Harlequin Ducks in oiled areas had up to four times as much toxin-fighting enzyme activity as ducks from clean comparison areas - a clear signal they were still being exposed to toxins on a day-to-day basis.”

When the Exxon Valdez spill occurred, 7 percent of the Harlequin Ducks died outright. Fortunately, the toxins to which they are still exposed do not seem to be fatal. Their numbers are increasing, though they are still a long way from fully recovering.

Enzymes and toxins are rather arcane, and it all happened a long time ago, and things are better, so why worry? Paris Hilton, the media reports, got busted again for drug possession. Spoiled rich girl.

Maybe it is time for people with longer attention spans to have some good news, and there is good news to be had.

A posting on the website of the Vermont Center for Ecostudies (vtecostudies.blogspot.com) summarizes the 2010 breeding season for Common Loons in Vermont. The years-long work of the Vermont Loon Recovery Project is (cautiously) showing success. 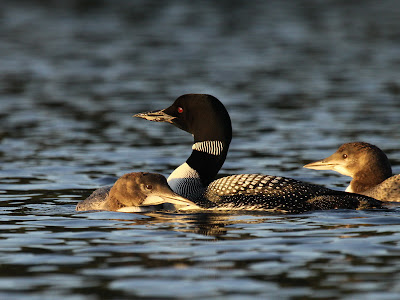 In 2010, 72 loon pairs attempted to nest. 57 pair were successful. 70 loon chicks survived through August. Ten years ago there were only 38 nesting pairs and 44 chicks survived.

The statewide loonwatch survey done in July counted 210 adult loons on 127 lakes, down from 228 adult loons in 2009. “The reasons for the decline are unclear although early high winds and waves might be a major factor. Also, two adult loons were killed by other loons in June during territorial battles. Loons are very territorial, and competition will likely cause Vermont’s loon population to level out. This might be the beginning of that.” (Footnote: one of the territorial loon fatalities was in Brattleboro.)

Species which are at the top of the food chain, such as the Common Loon, are relatively few in number. We have removed or mitigated many of the unnatural causes of loon mortality, such as DDT in the environment, human caused habitat loss, and human disturbance. But the loon population in Vermont will not experience unlimited growth. On its own our loon population will achieve a balance brought about by the genetic strength of individuals, territorial limits, predation, weather patterns, and other complex interrelated forces. 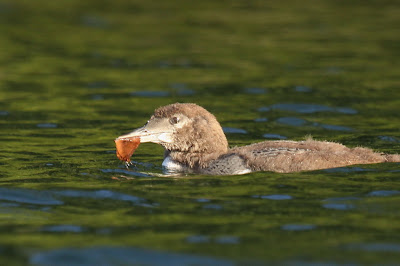 One final piece of good news: It is unlikely that Vermont’s loons will be affected by the oil spill in the Gulf of Mexico. Our loons migrate to the New England coast for the winter. Adults usually leave the chicks to fend for themselves and head toward the coast in October. If the chicks have figured out the last bits of surviving on their own, they will head to the coast in November.

There is now a fourth "I don't like you" listing of mine. The old list was: Politics, Religion, Use Car Salesmen.

A great post, Chris! Some of it very sad but true. Loved the photos of the ducks.

Thanks for the update on the Gulf Oil spill. What a tragedy is continues to be. Yes, onward cries the media, Paris Hilton is also ingesting toxins (drugs)-- so pay attention to her not the spill's horrific ongoing effects! -- barbara

HI Chris,
Yes I agree that many people have a short memory and do not learn anything about previous mistake, but also that people tend to believe it when you say, yes, look it's over...
It asks a bit of research and knowledge to know that this is just a lie.... of course this oil spill is gonna be a disaster for the next 50 or even more years. We might not see great changes but part of the ecosystem has suffered and this will have consequences!!!
Anyway, I hope that one day people will open their eyes and I hope that blogs like yours and mine will change their view.
I got a lot of pleasure to read this message, even with the bad news, because it opens the eyes and people need that!
Well done Chris.

Some of us didn't forget. I have only purchase Exxon or Mobile gas maybe two or three time since that spill. The only reason I did at the time was because I was running of fumes and only bought enought to get me back on the road.

Congrats to the loons, but I agree that people have forgotten too quickly about the oil spill and its after-effects...

I really think we can not closely imagine how enormous this "incident" really is!

Wonderful shots of these qute ducks!!!

I agree with you. This is a global disaster and we have not yet begun to see the effects. I am not certain whether or not the planet can survive a trauma like this on top of everything else we've done over the decades.