When the "southern loop," a major electrical transmission project, tore its slash across our southern Vermont hills, a few suggested that there would be benefit for grassland and transitional bird species. They may be correct.

This morning on Putney Mountain Road in Brookline, I stopped where the power lines cross the road. Alerted by a neighbor, I was looking for a Mourning Warbler, an uncommon and shy bird that skulks in thickets.

When the sun finally reached the top of the bushes, I heard him singing. The handsome male was vigorously defending territory. Previously, I have had mere glimpses of this bird. This morning he posed beautifully. 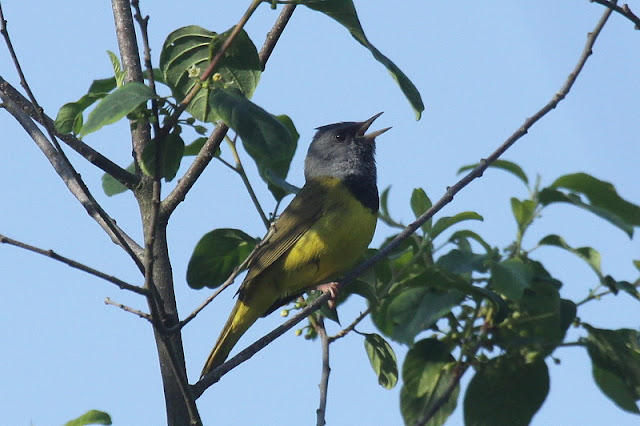 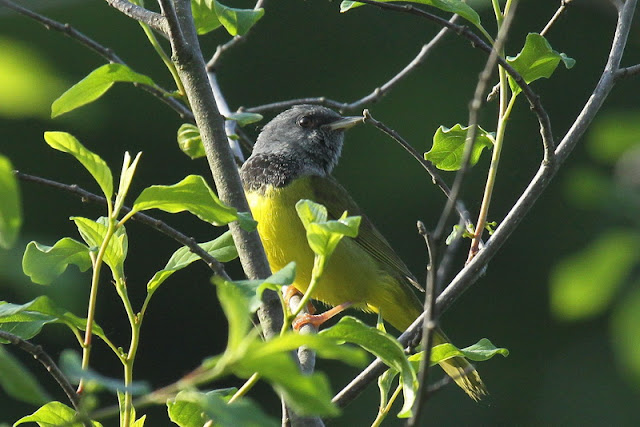 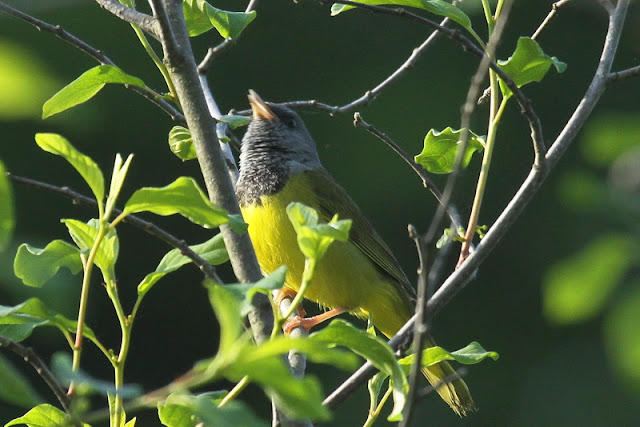 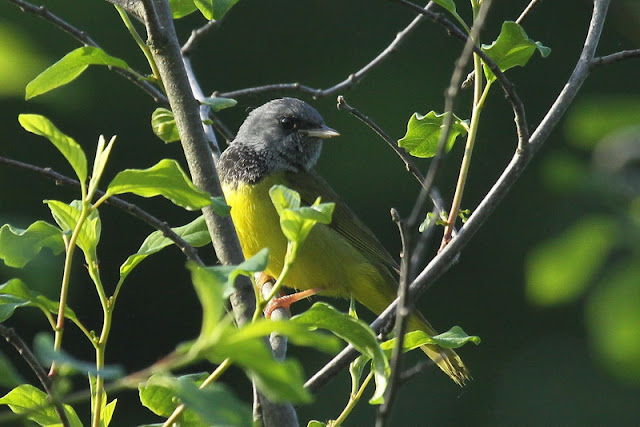 Splendid images of a very beautiful bird! I recently had my first sighting of a Mourning Warbler. Terrific!

Talk about a success moment. Awesome find. I was searching for one on Plum Island on Saturday. Loads of people saw it. I didn't even hear it. Boo hoo! Nice photos.

He did indeed pose very well for you. Excellent set of pictures Chris!

Beautiful bird and excellent pictures of it.

Beautiful warbler and great photos. I was lucky to see this one recently too.