I continue to be surprised by the birding one can have in a major city. In Philadelphia last year, a Peregrine Falcon pair nested in the tower of St. Joseph's Church which faces Pretzel Park (locally known as the dog park) in an old residential neighbor adjoining the old industrial area of Manayunk. I was not in Philadelphia during their nesting last year.

My daughter alerted me to the falcons' return to the park and church tower, and their apparent intention to set up housekeeping for a second year.

In the bitter cold and wind this morning, I made the short trek to the park.Signs of the falcons' presence were littered through the park - feathers and carcasses of various birds - hopefully mostly from starlings and pigeons.

I only had to wait a short time before one of the falcons flew to the top of a nearby electrical transmission tower and ate a meal - unfortunately backlit, so no photos of the repast.

The falcons perched near one another on the church tower, feathers puffed against the bitter cold.

Here are the first adequate images of a bird that has, until now, avoided coming close to my lens. Hopefully, even better images will follow ... 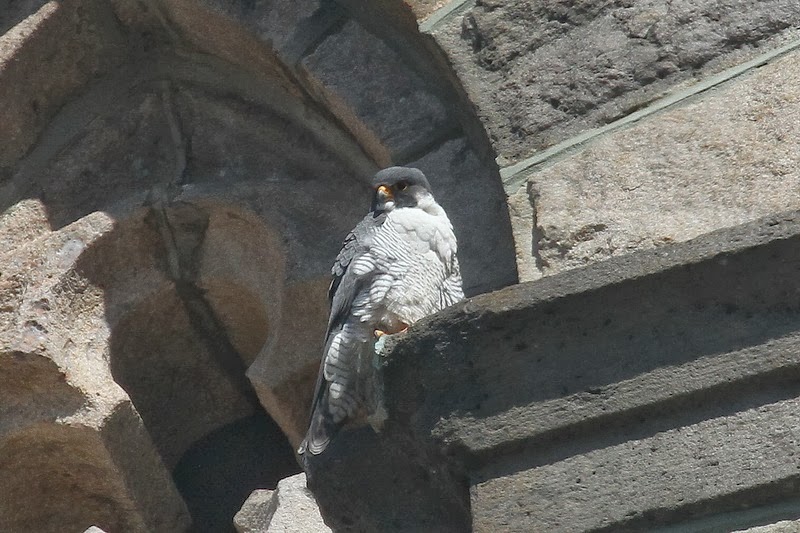 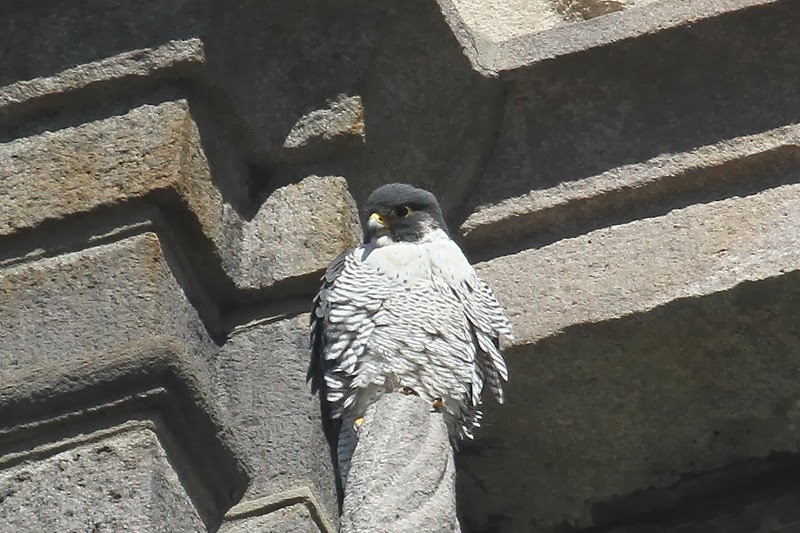 The individual in the following photo was probably grooming and doing feather maintenance, but the photo makes it look like he/she is doing something with its leg band (admiring it? adjusting it? trying to remove it?) 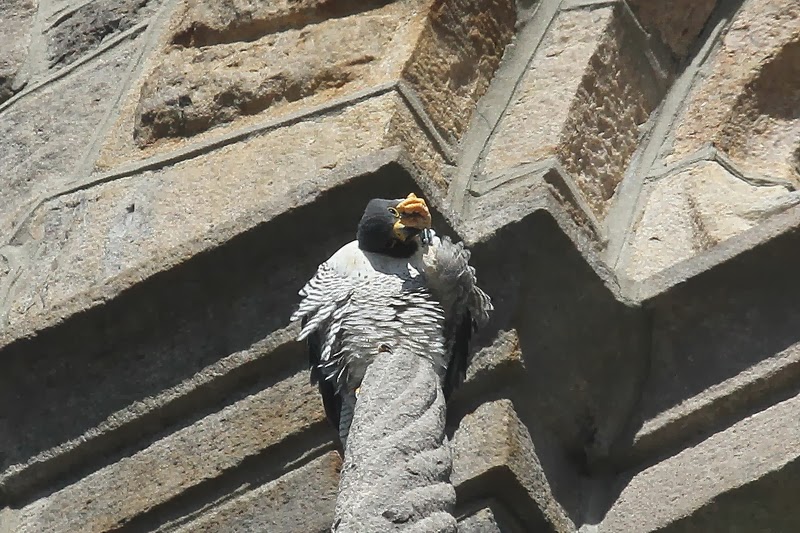 Mary said...
This comment has been removed by the author.
7:31 PM