I am revising this post on May 13. The bird in question is a female Painted Bunting - the first female of this species that I have seen. Local NC birders Pat and Neal Moore helped me talk the ID through and pointed me in the right direction. One field guide described the female in almost the exact terms I had written in my field notes. So mystery is solved.

On Saturday morning, April 28, we were at Pea Island NWR in NC during the morning. I saw a warbler whose ID has me completely stumped. Photos follow. The bird is slightly larger than Yellow-rumped Warbler. Feeding in thick hedge, near ground. At first appeared olive colored on back and head, but when back turned toward me, it was distinctly green. Undertail coverts yellow, becoming less so toward belly. Dark eye. Dark edge to wing wing. No wing bars. 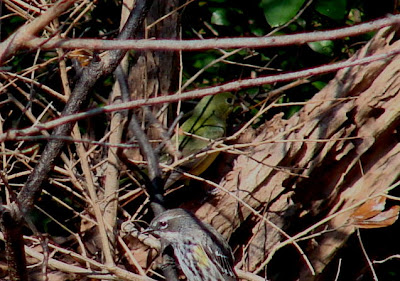 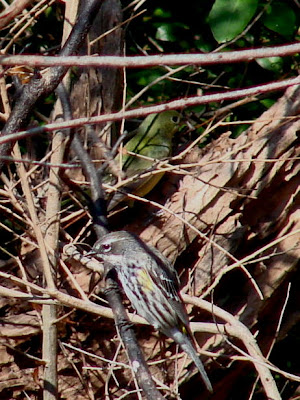 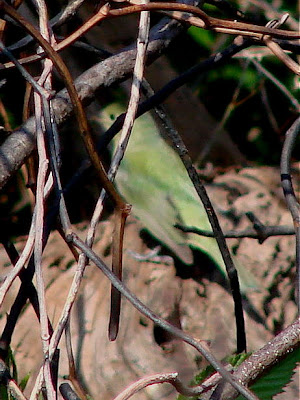 Email ThisBlogThis!Share to TwitterShare to FacebookShare to Pinterest
Posted by Chris Petrak at 6:04 PM