The backyard feeders have been busy. But first, what has not been here - no blackbirds since early August. Red-wings, grackles, cowbirds, and starlings have moved from their breeding dispersal, gathering in flocks elsewhere.

In the backyard as of Saturday, September 1 - Evening Grosbeaks were feeding young. 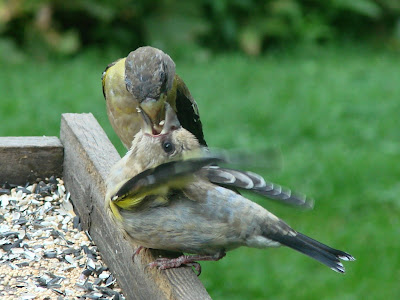 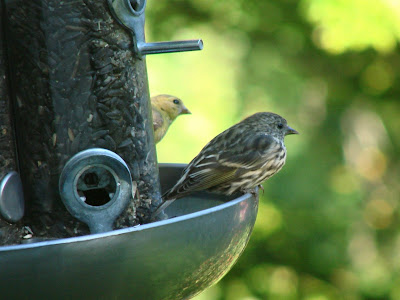 Some neighbors have the Red-breasted Nuthatch as a regular year-round feeder bird. At my feeders, they show up during August and September, then periodically through the winter. Two or three were around all day yesterday. 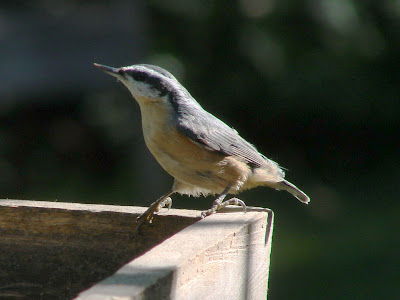 Rose-breasted Grosbeaks are less common, but this youngster is beginning to show his true colors. 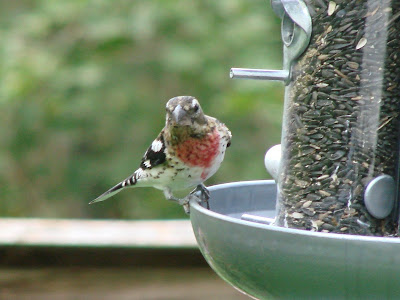 There have been so many young hummingbirds on the bee-balm, that the resident male has given up trying to defend his territory. I counted six at one time yesterday. 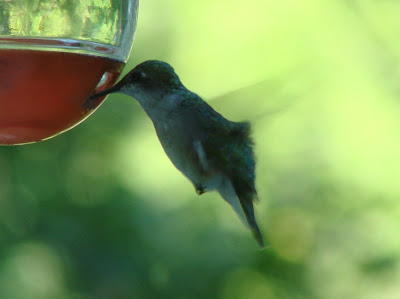 Spotty without his breeding spots is still working the river. 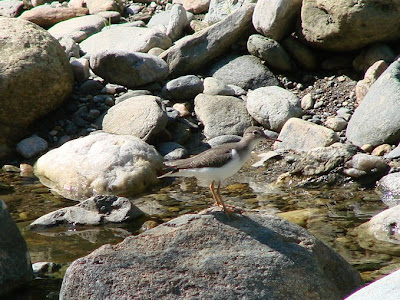 An odd resting stance for the Mourning Dove - looks like its injured, but it was fine. 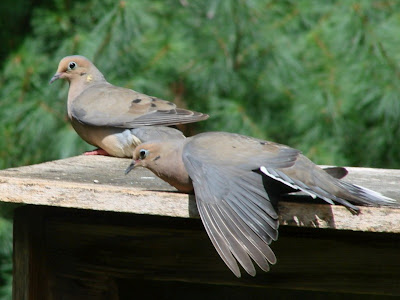 I don't think I have seen a mourning dove lie down like that before. I wonder if it does that for a reason.