Here are a few Hawaiian birds that I probably will not be writing about in my regular Brattleboro Reformer column, but which deserve at least one mention and photo.

The I'iwi is an icon for endemic Hawaiian forest birds. 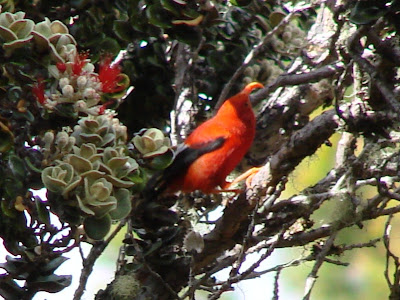 The Apapane is the honeycreeper which I saw most often while in the islands, but it rarely stayed still long enough for a photo. It's red, like the I'iwi, but the black bill in the photo betrays its identity. 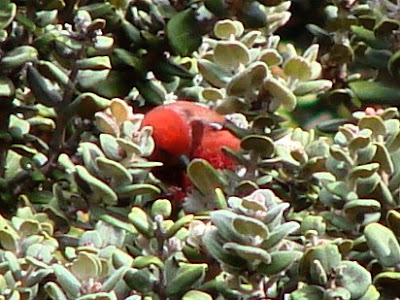 The Red-crested Cardinal was common on Maui, Hawaii, and Kaua'i. While non-native (introduced from South America), it is still a stunning bird. 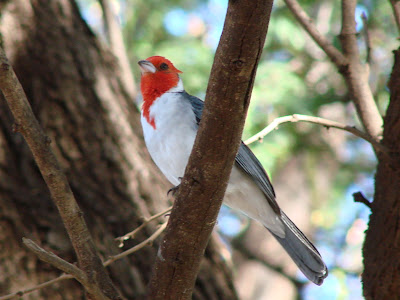 Also from South America, also a stunning bird, but found only on Hawaii, is the Yellow-billed Cardinal. 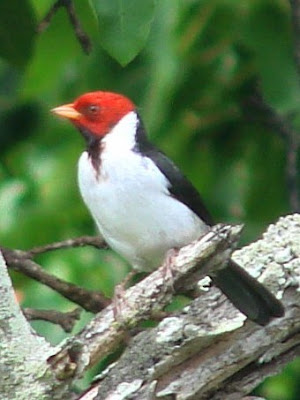 The Spotted Dove, also known as the Lace-necked Dove and on the islands as the Mountain Dove, was introduced from Asia in the mid 1800s. 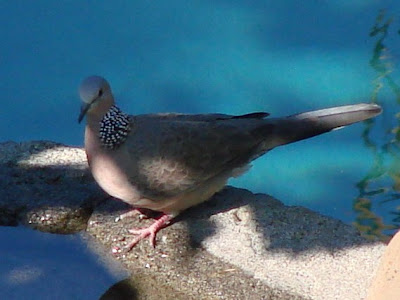 I've enjoyed your series on Hawaiian birds. We took in quite a few ourselves in March, though fewer endemics.
Brings back memories of the trip, that seems so much longer than just 9 months ago :(