Putney Mountain Hawk Watch is a small site in Vermont. In September & October, volunteers are on the ridge every day except when the weather shuts things down. September started very slowly, but this week - somewhat as anticipated - the flight of Broad-winged Hawks finally took off. 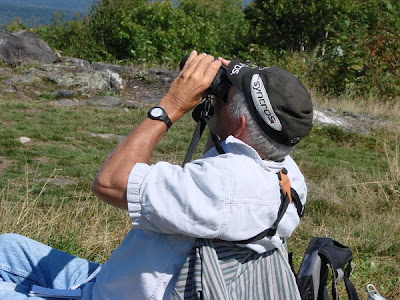 Then came Tuesday. Calm winds, variable clouds through the day, and enough sunshine to create thermals. The flight started about 9:15, and then just continued. By the end of the day, the count was 1882, with 1821 BWHA - the best day for Putney Mountain EVER!! A mid-afternoon kettle had 130 birds, one of several large kettles during the day.

Wednesday slowed down, but was still an excellent day for Putney Mountain with 727 broad-wings and a total of 765 raptors - an excellent count considering that it was a brutally, clear blue sky, and the birds were often flying very high - barely within binocular range.

Here's a photographic sample of the last couple of days (mostly Wed, when I did not have to keep the count tally and had time to take some pics). 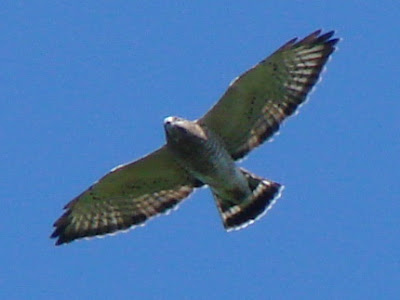 Part of one of Wednesday's relatively low elevation BW kettles. 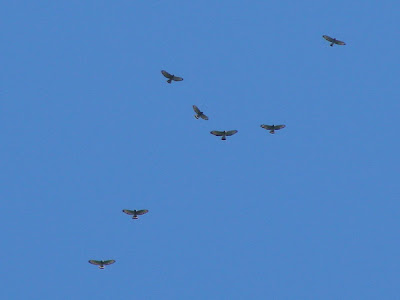 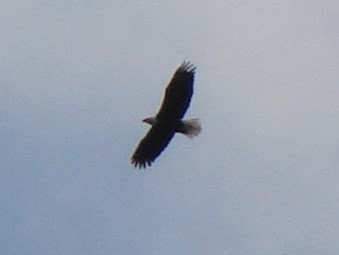 Young Red-tailed Hawk hunting over the West River Valley, considered a resident bird. We don't usually begin counting RTs until October, though they are seen regularly in Sep. During Sep they are wandering north and south, clearly not migrating. 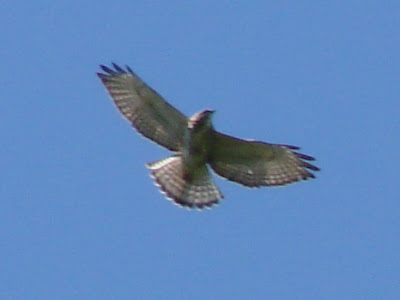 In the lulls between birds (not many lulls on Tuesday), other things are also noted. 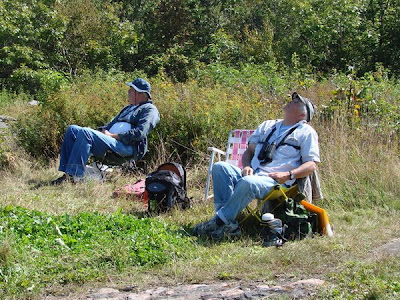 An annual list of other birds is maintained. Cedar Waxwings spend most of the day flycatching from tree tops. Towhees are calling in the brush most days. Tues had a warbler/songbird fall-out. 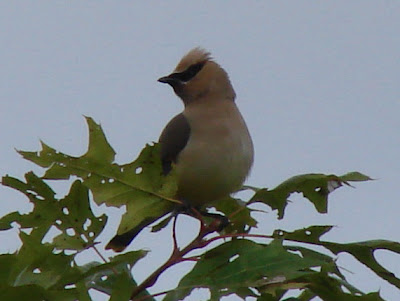 Monarch butterflies are counted by one of the watchers every year. Their numbers seem to correlate with the BW flight. They don't often come down and linger, but this Question Mark did. 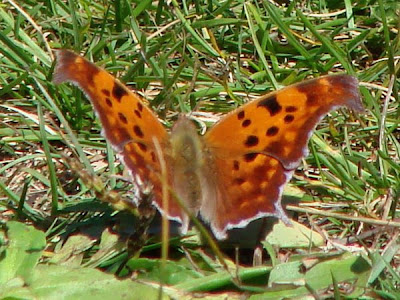 Email ThisBlogThis!Share to TwitterShare to FacebookShare to Pinterest
Posted by Chris Petrak at 10:59 AM
Labels: Putney Mountain Hawk Watch