In addition to some good hawk watching on Putney Mountain, the songbird watching has also been very good. On a recent day I listed about 30 songbirds, some of which even cooperated slightly and allowed me to get some pictures, such as this Black-throated Green Warbler. 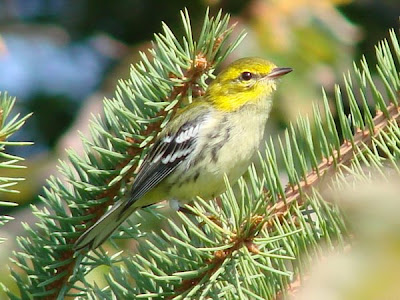 Eastern Towhees were hard to confirm as a breeding species in our area, but they do breed in the clearing on the Putney ridge and have been calling throughout the day during September. They stay hidden in the thick brush; pishing gets them riled up, but their appearances are brief. This young bird (or molting female) was feeding on buckthorn berries and gave me a fleeting view. 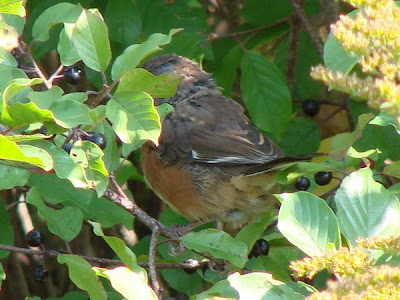 Yellow-rumped Warblers are abundant, feeding on the many berries, and flycatching on the insect swarms. 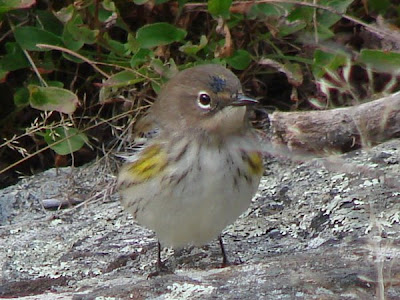 Likewise the Cedar Waxwings are abundant, and seem to be limiting their diet entirely to the flying insect swarms. 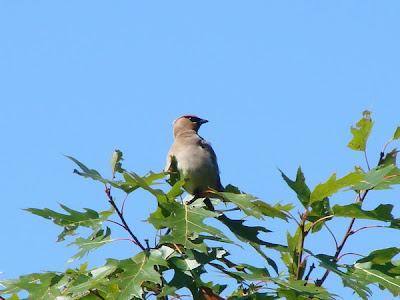 The chickadees, of course, are common year-round residents, but I never tire of their cheerful calls, and this one posed very nicely for me. 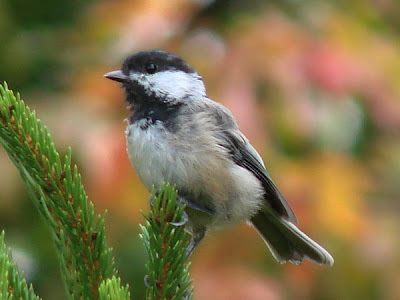