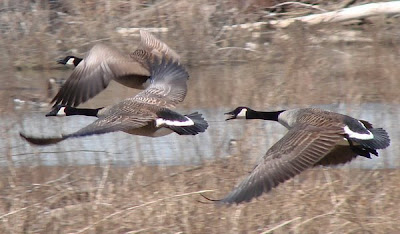 Flatlanders are people living in Vermont who are not native to Vermont, but came from someplace else - the flat lands. The flat lands are presumably a region such as the Connecticut River Valley as it runs south through Massachusetts and Connecticut - or New Jersey, or Long Island. A person not born in the Green Mountain State (emphasis on the “mountain”) is a flatlander. It doesn’t really matter if the place a flatlander comes from is actually flat, just as long as it is not Vermont with its Ethan-Allen-Green-Mountain-boys heritage. There may be exceptions allowed for the New Hampshire native who moves from the White Mountains to the Green Mountains, or the New Yorker who moves from the Adirondacks to the Green Mountains, but that’s about it. All others are flatlanders. You grew up in the Rocky Mountains of Colorado, and moved to Vermont; you are a flatlander. You moved to Vermont from a Swiss chalet in the Alps; you are a flatlander. You came from the Tibetan Himalayas where your entire life was lived about 15,000 feet - more than four times the highest elevation anywhere in Vermont. Then you moved to Vermont. You are a flatlander.

The opposite of a flatlander is a woodchuck, a term that is applied, often with negative connotations, to a native born Vermonter.

In a recent gathering, a friend said that he had been born in Vermont. “So you are a woodchuck,” I replied. “No,” he said, “I am a Vermonter!” Growing up he never heard the term woodchuck. He opined that when the native Vermonters started complaining about all the changes caused by the flatlanders moving into the state, the flatlanders retaliated with the term, “woodchuck.”

With this discussion of flatlanders and woodchucks, I am probably wading into a mucky bottomed beaver pond. It’s time to get out. If you need more information about “woodchuck” and “flatlanders,”, try The Vermont Owner’s Manual by Frank Bryan and Bill Marers. For now let’s just leave it that generally speaking, flatlanders are usually from someplace to the south of the Vermont border. 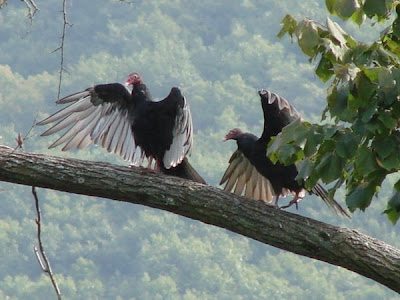 Last week I wrote about the Black Vulture, the most recent southern species to begin making regular appearances in the mountainous realms of Vermont. Primarily a bird of the southeast, it has been following its cousin, the Turkey Vulture, northward. Historically, the Turkey Vulture was accidental in Vermont and only occasional in New England. Since the mid-twentieth century, it has increased dramatically. The TV is now commonly seen soaring over lakes, fields, and ridges from early Spring through late Fall. Direct evidence of breeding vultures is difficult to obtain, but there is lots of indirect evidence that Turkey Vultures are resident breeders, and it appears that the Black Vultures will soon join them.

Two weeks ago I wrote about the Red-bellied Woodpecker, a feathered flatlander. Also from the Southeast, the Red-bellied has firmly established its residential status since its first breeding record in 2001.

In March, I wrote two columns on the Mallard. Historically, the common dabbling duck in the Northeast was the American Black Duck. Audubon knew the Mallard from the interior states, but not from New England. As recently as 1933, a Vermont bird list called the Mallard a “rare summer resident” and “not common.” Fifty years later when the first Vermont Breeding Bird Atlas was compiled, the Mallard was described as the “most well-known of all wild waterfowl” and the “commonest duck in western Vermont.”

Canada Geese used to be known in Vermont as a migratory species going to and from breeding grounds in the arctic tundra. Many of the arctic birds still pass through, but many more have become feathered flatlanders. Thirty years ago there were only a few places in Vermont where Canada Geese nested. Today they have an abundant breeding population. Several nesting pairs are already incubating around the Retreat Meadows. 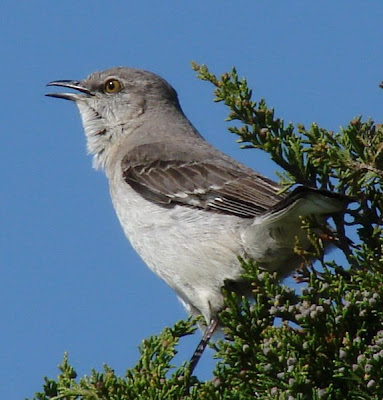 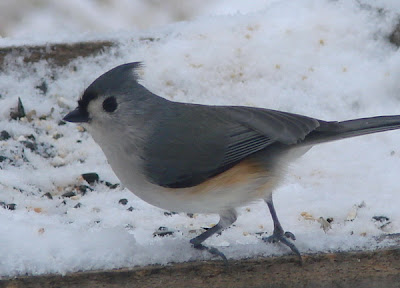 But let’s talk about the songbirds. Around those brushy edges of the Retreat Meadows, one of the first songbirds to burst into full-throated splendor has been singing for at least three weeks. He is a feathered flatlander: the Northern Mockingbird.

One of the earliest songbirds to begin greeting the Spring is yet another feathered flatlander: the Tufted Titmouse. A warm day in January may elicit song from the titmouse, and by the time the days are becoming noticeably longer, he is at it with enthusiasm, celebrating the impending life of springtime. His expectation of Spring is frequently premature, which might prompt a real Vermonter to mutter, “lander” (as in flat), meaning that the titmouse obviously is from someplace else and doesn’t know that winter isn’t over, for certain, until the corn finally comes up, and even then it can be dicey in some places.

Most of the feathered natives are not much for singing: the nuthatch (terse anks), the chickadee (wordy for a Vermonter but native nontheless), the creeper and junco (thin little buzzes & clicks). Feathered flatlanders, by contrast, have brought some real musical abilities to the Vermont landscape. In addition to the mockingbird and titmouse, the Northern Cardinal has moved north from its home in the south, and sings with a whistled enthusiasm that can thaw even the winter-frozen heart of a real Vermonter. And what a splash of brilliant color he adds to the winter landscape. A red cardinal perched on a green, but snow covered branch of a white pine is capable of prompting even the real-est of real Vermonters to admit, grudgingly, that “Some of them landers is okay.” 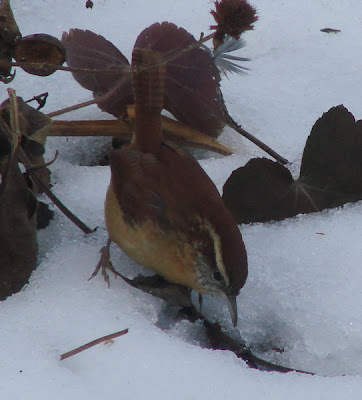 I know a couple of real Vermonters who are so real that their ancestors came to Vermont on the heels of the great land grabber and speculator, Ethan Allen; their great-great whatever may have been one of the first to buy Ethan’s sales pitch. But oh do they get excited about the Carolina Wren when it comes to the feeder, and especially when he limbers his cords and rivals the cardinal in his song. Then the real Vermonter can barely contain his love for the flatlander.

I said this to a real Vermonter one time. “You love the cardinal and wren, and they’re flatlanders. How come you don’t love me?”

“You can’t sing!” I tried mumbling my other virtues and contributions, but he cut me off. “Nuff said.”

Point is: some of the most common and/or familiar birds in the current Vermont landscape, are relative newcomers. There are various reasons why they have extended their range to the Vermont mountains, and for good cause we should worry about some of those reasons. But these feathered flatlanders brighten the landscape and enrich the airwaves. They contribute to Vermont being a special place ... as do most of us other two-legged flatlanders ... most of the time. 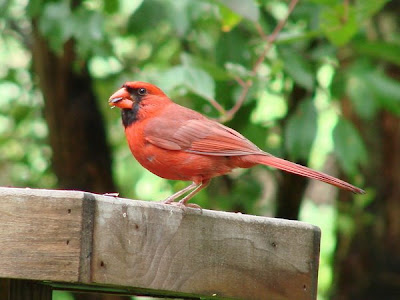