Last week I made my Spring trip to Cape May and southern New Jersey. I managed all or part of 5 days birding, plus attending grandchildren's school programs in Philadelphia. I had good birding, and lots of fun with the camera. I will dribble out a few photographic highlights over several posts.

Jake's Landing is on the Delaware Bay north of Cape May about 20 miles. The boat landing is at the end of a dirt road about a half mile from the forest's end in a sea of salt marsh grass. A peaceful and quiet spot, I spent a late afternoon and evening just being there - and trying to get a few birds to hold still.

Seaside Sparrows were all over the marsh and singing their buzzy excuse for a song - but doing so with great enthusiasm. One even chose to sing where he was not just a brown spot on a grass stem somewhere in the marsh. 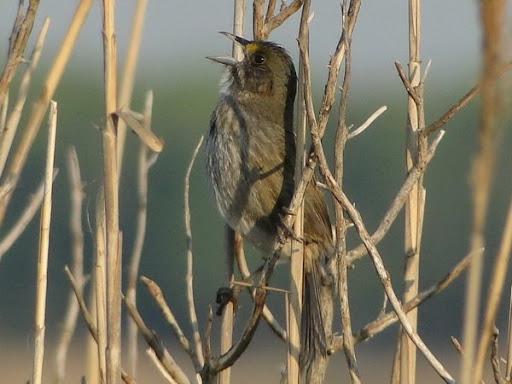 Where song birds proclaim the quality of their genes in song, the Forester's Tern has to demonstrate that he can be a good provider. This gentleman (on the right) has just delivered food to his lady love. She was not always patient with how long it took him to return to her, often vocalizing about his delay from her perch. But now she seems momentarily content (or else she's telling him to go out and get more), but for the moment he is proud of his feat. 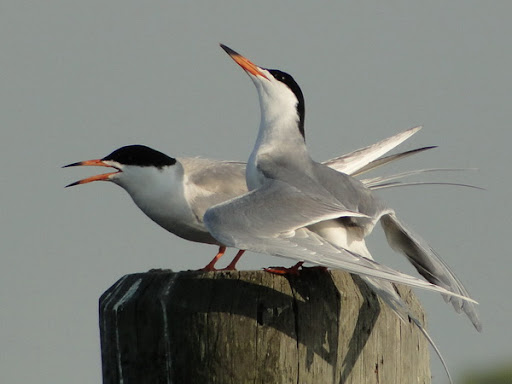 Marsh Wrens lined the brush along the road and around the boat launch. Their courtship routine is multifaceted. He does fluttering flight displays, sings without ceasing, and builds nests. Sometimes he tries to do all three at once, plus defend his territory against other wrens and snoopy photographers. This busy bundle of energy had two nests within about ten feet of each other. 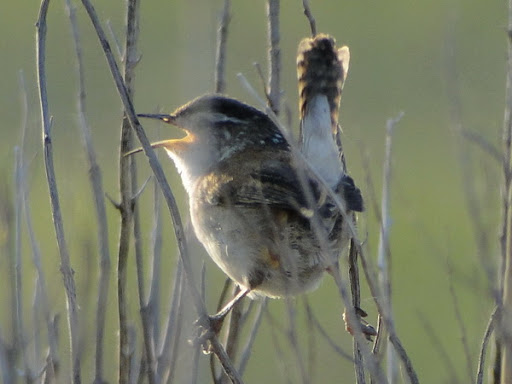 Here is an uncharacteristic moment when he was neither singing nor carrying nest material ... 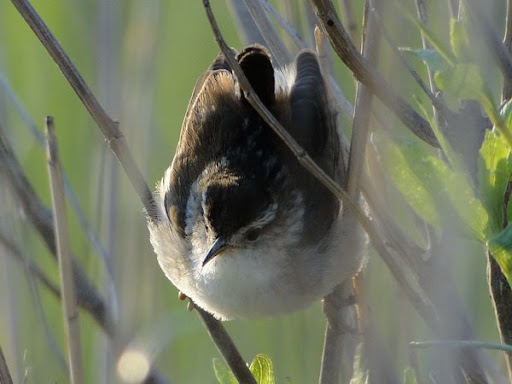 Savannah Sparrows sometimes sit in the open in grassy fields and give you a good look, as did this handsome specimen. 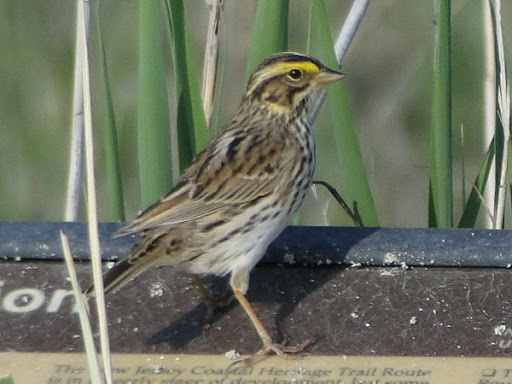 Ooh, great pictures! I saw (or heard) all these last week in Cape May, too.

...great post. I learned a lot as I'm not that familiar with the seaside species. I just need to take more vacations to the sea! The Marsh Wren has to be one of the cutest birds out there!

Such great pictures!! I will get to Cape May one day and seeing your pictures makes me long for it even more!

Oh..Great..now we will go to Jakes landing! Seaside sparrow here we come..Great pics by the way..wish my camera would takes some of those!