Best New Birds of the Decade 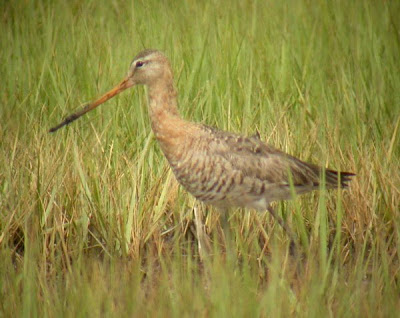 For the last several weeks the print and electronic media have been busy recapping the year and the decade. There has been major attention paid to the “decade from hell,” to the best and the worst of the books, movies, political stories, scandals, and on and on. Birders have gotten into the frenzy with individuals offering their ten best birds of the decade, along with the best and worst of this and that. It has been so pervasive that I cannot resist jumping into the fray with my own list of a sort.

But not without first doing a Don Quixote by tilting at a windmill. The passing of 2009 was not the end of the decade. That will not occur until the current year, 2010, is a year of the past. The current system of numbering years was devised in 525. The “Current Era,” (abbreviated C.E. and also known as A.D., “Anno Domini,” the “Year of the Lord”) begins with the year “1.” “Before the Common Era” (abbreviated B.C.E. and also know as B.C., “Before Christ) ends with the year “1." There is no year zero. The numbering of years goes from 1 BCE to 1 CE - or if you prefer the old system, from 1BC to 1AD. That means that the first decade ran from 1CE to 10 CE, and that every decade since ends in a “zero” year. We are currently in the 210th decade of the Common Era. 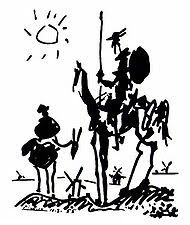 For some reason or other, media people decided that decades should be figured on the numeral in the “ten” spot, so the current decade-past in their reckoning ran from 2000 to 2009 (‘00-’09) and the next decade will run from ‘10-‘19. I guess that means that the first decade of this Common Era only had 9 years, running from years 1-9, there being no year zero. I would like to fight the battle for some accuracy in the media and among all of us who lap up their offerings, but I doubt anyone would show up.

However, I bet I can provoke some fights if I begin with a list of the 10 worst birds. Nearly everyone would agree that the list should be headed by Rock Pigeon, European Starling, and House Sparrow. These are introduced species in North America; they are invasive, displacing many native species from nesting sites. All true. But is it the fault of these birds that they were released in the western hemisphere? All found their way to the continent with deliberate human help. Should we fault them for then being adaptable and prolific in their new environment?

Most would put Brown-headed Cowbird on the list of worst species; it is ugly, with no redeeming vocal abilities, and a parasitic breeder. Preferring farmlands, hedge rows, and forest edges, it victimizes more and more beautiful songbirds as it follows power lines and development roads through the forests. Adaptable and opportunistic, the cowbird exploits habitats created and extended by another adaptable and opportunistic species, scientifically known as homo sapiens.

Plenty of people, especially conservationists, would add the Canada Goose and Mute Swan to a list of ten worst birds. The adaptable Mute Swan is in the same category as the pigeon, starling and House Sparrow - deliberately introduced and now invasive - with the single redeeming quality of being a graceful and gorgeous bird which many people love - and associate with love. The equally adaptable Canada Goose rarely nested in the lower forty-eight until wildlife managers, in “all their wisdom,” decided to help them out.

That’s six birds that have made it onto my ten worst list, and all of them are our fault, which isn’t exactly fair to creatures that are just very good at surviving. So I’m going to end this list and go elsewhere.

In the last decade I have added 194 birds to my life list. Chronologically, here are the ten that were the rarest birds and/or most satisfying birds that I added to my list.


If you insist that the decade ended on December 31, 2009, then that’s my list of the ten best new birds for me. Those birds, and many, many more, made for a decade of good birding.

Agree on the decade thing but it is rather like whistling in a wind tunnel.

The Black-tailed Gull was my first twitch (I started birding in May of '05) so seeing it your list really brought back memories.

I agree about the timing of the decade..same arguments arose in 2000 too. Interesting, but not surprising, that humans had the biggest influence in aiding and abetting the "worst birds". Personal best birding in the pastdecade was a two week trip to SE Arizona 3 years ago when I added 62 new birds to my list.

Wonderful Pics....The little "busy" bird on the pine is GORGEOUS!!!!!!
What a shot!!
ciao elvira

Chris: here it is Jan 10th and our yard in Brattleboro is filled with Robins--adults and adolescents with speckled breasts. They are devouring tiny crabapples in the front yard, competing with the Cedar Waxwings. They are hopping across the snow crust, as if looking for worms?! Where are these Robins coming from? Are they insane? These harbingers of spring on a 5 degree morning in S. Vermont? Will they be okay?
Best wishes to you and thanks for great weekly columns. marym