Champions of the Christmas Bird Count 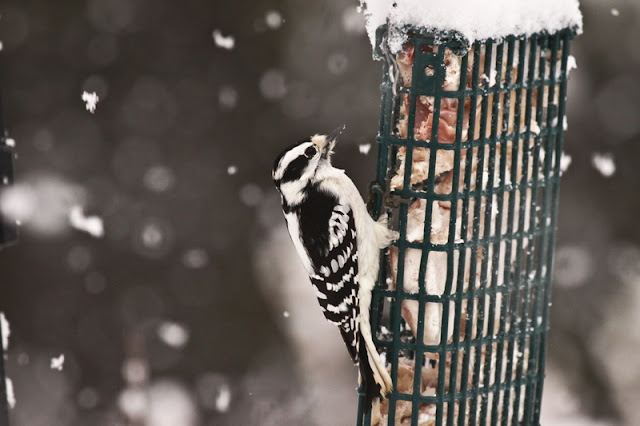 The 110th Christmas Bird Count (CBC) got under way on December 14 and will continue through January 5. This is a massive citizen science project. Last year’s CBC involved almost 60,000 participants: 11,700 in Canada, 46,600 in the United States, 1700 in Latin America, the Caribbean, and the Pacific Islands. 9200 were stationary feeder watchers; the rest were in the field. The field counts are done in prescribed areas with a fifteen miles radius. In 2008 there were 2124 count circles which reported; a good number of counts were canceled due to the weather.

In the past, I have had some beef with some of the reporting on the Christmas counts in some birding circles, and in some birding publications, including the official publication of the CBC. There has been a tendency to place emphasize on the counts that get the highest number species or the biggest total of birds, as though the CBC was a contest that someone could win. For example, in a report from a couple of years ago, a count circle in Texas “regained its crown at the top of the species list at 235; last year’s champ [also in Texas] found some wonderful birds, but lost the top spot.” I have deliberately edited out the names, because there are no champs and no crowns in the CBC. It is not a sport and a contest, and there should be no implications in that direction. If the Texas birders want to have a strutting testosterone contest with one another and with areas in California, then they should do that at another time. 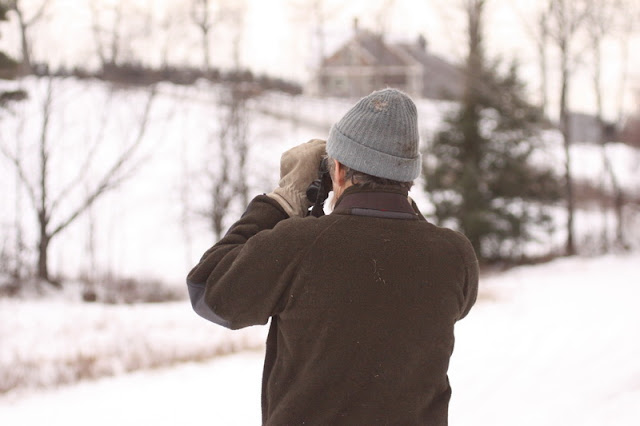 The real champions of the CBC are the thousands of counters who go out in the field searching for birds when most sensible people are hunkered down by a warm fire sipping hot toddies. The champions of the CBC are the like counters in Vermont and New England. They are like the people who did the Springfield and Bellows Falls count circles. They are like the thirty people who did the Brattleboro area who set out on the coldest Saturday morning any of the veterans could remember for a count day ... when the temperature was two degrees above zero. Through the day it crept up to the low twenties, but the damp cold penetrated clothing in a way that the early morning cold did not.

Sorry Texans, but listing 200+ species on a Christmas Bird Count does not make you a champion. Doing a Christmas Bird Count in the grip of a Canadian, Northern Great Plains, or New England winter does make you a champion. Doing a count in the face of a Gulf Coast storm might also qualify a Texan, but not a mere long list of birds. I would suggest that finding a 150 or more species in California or Texas - the states where most of the highest counts occur - is no more of an accomplishment than finding 20+ species in the Yukon, 40+ species in North Dakota, or 50+ species in Vermont. In fact, in Texas or California it is probably easier to find 150 species than it is to find 20 in many northern count areas. In the Brattleboro area, we barely managed 50. In Randolph they began the day at minus12 degrees, ended it at 17 degrees, and tallied 34 birds. The Brattleboro team which did the Marlboro area found 14 species. A counter in Winhall listed 12 species on her route.

Simply put, the champs and heroes of the CBC are the volunteers who do the counts whatever the foul conditions may be as one year turns to the next, and regardless of how many wintering species there may be.

Collectively, the Christmas bird counts provide data on such subjects as numbers, migration, irruption patterns, range expansion (or contraction), accidentals, endangered or threatened species, long-term population trends, and much more. It is fodder for the analysts, statisticians, and macro-biologists.

The information garnered by any one count area needs to be examined in the context of other counts. But the individual counts, with caution, can give us a glimpse of local situations as well. 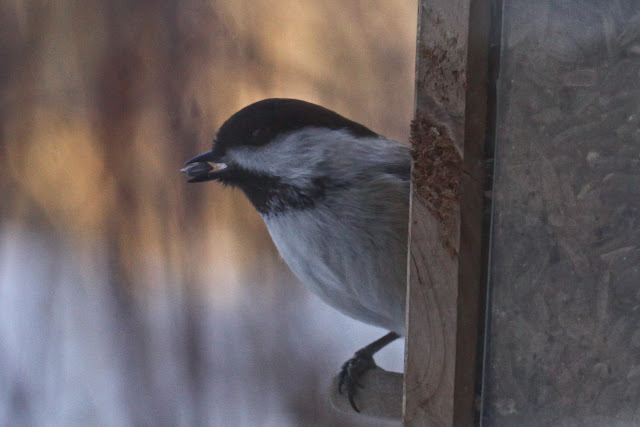 For example, many people have asked me where all the birds are this winter, because they are not seeing them at their feeders. The Brattleboro area CBC gives a mixed report on common feeder birds. The number of Black-capped Chickadees was the lowest in the last ten years. The White-breasted Nuthatch also had a low count. On the other hand, Tufted Titmouse was about average, as was Mourning Dove. Downy and Hairy Woodpecker counts were up from the last two years, but within the expected range. Blue Jay had the highest count on record, as did Northern Cardinal. Dark-eyed Juncos were very common around feeders and in the woods and had the highest number in the last seven years.

The finch count was another matter. American Goldfinch numbers were low, and the winter finches are simply not here this year. Pine Siskins which irrupted last year were absent. Common Redpolls have been following a pattern of being here every other winter; this should have been their “on” year, but they were entirely absent. We counted only one Purple Finch. House Finches, which rely on feeders during the winter, were half of their recent numbers.

Pigeon and starling numbers were lower than usual; House Sparrow numbers were about average. These are the birds that everyone loves to hate, but they are an important food source for wintering hawks, and an indication of conditions (though don’t press me on what they are indicating).

Among the hawks, the Red-tailed was the most common; we counted sixteen, a record. Sharp-shinned, Cooper’s, and Northern Goshawk were also recorded. The first two often hunt around bird feeders. One of the highlights of the day for me was the sharpie which stooped on a bird feeder, having used a barn as cover for its attack. 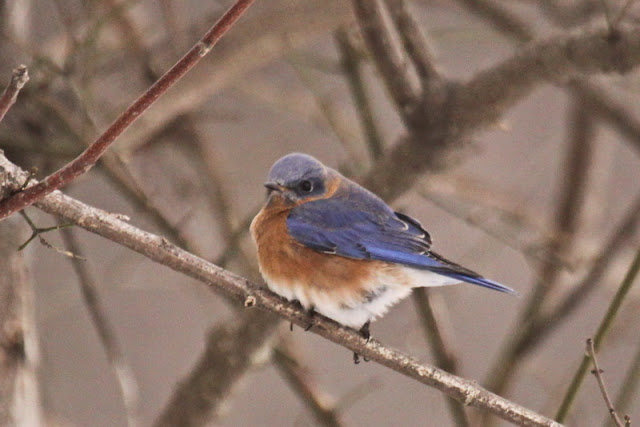 Nearly every winter I hear people express surprise when they see robins or bluebirds. These two thrushes are seen every month of the year, even in the midst of the most wintry of winter months. The robin has only been missed twice in the last twelve years; 25 were counted this year. The Eastern Bluebird has been counted every year for the last twelve years on the Brattleboro count; this year there were 33 in several small flocks. The flock of eight male bluebirds which we found along Black Mountain Road was one of the day’s highlights.

In the Brattleboro area, we recorded 50 species, including our first ever Green-winged Teal. That is a relatively low number for recent years. However, we were solidly into winter’s grip with very little open water on ponds or rivers. Understandably, waterfowl and gulls which favor open water were fewer in numbers and species. The CBC often records a bird that normally should have migrated but for some reason lingered; usually weather conditions are milder when we record such species. This year the “winter accidentals” were absent: no catbird, sapsucker, heron, towhee, grackle, or summer-nesting sparrow.

Like most count groups across the country, the Brattleboro area counters gathered for a potluck party in the evening. After plate fulls of good food, vinous libations, and warm companionship, most still had not chased the cold from the bitter day out-of-doors. Will they do it again next year? You bet! People like that - people who are just a little bit nuts - are the champions of the Christmas bird count. 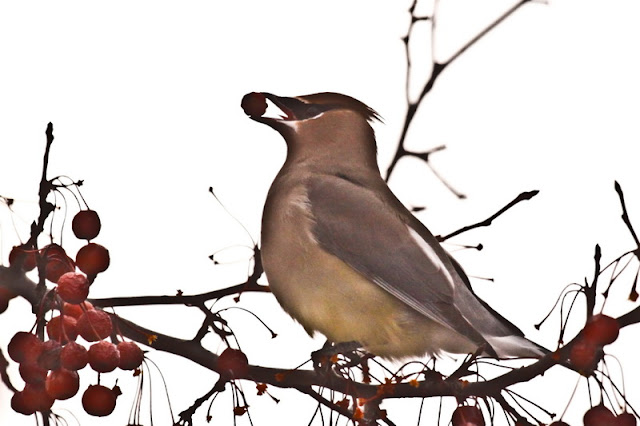 A single flock of Cedar Waxwings was found on the Brattleboro CBC, but that flock numbered over 250 birds. They were feeding on fruit trees just off Route 5 near the C&S warehouse.

That's not many when you think of the population of these countries.
most people think we are swearing when we say great tits. or Get a slap across the face.
Here in Egypt I had a guy shit himself when I showed him a photo in macro of a bug in his patch, they all say its a nice day but they know nothing of the wildlife we share our sun with. and they don't care.

...loved the post. Birding from dawn to dusk in the bitter cold does deserve an award! We had snow all day for ours, but I still loved it. Our count was not that much bigger than yours. We were just lucky that our rivers were not frozen over, so we were able to get our water birds there--end even a rarity, the Great American White Pelican (rare for Cincy, anyway!). The larger lakes also had a few openings, so we were able to get widgeons and wood ducks, etc. Our titmice numbers are way up at our house also... Would love to have seen your flock of 250 Cedar Waxwings! Happy birding in the New Year!

I have to agree. Bird-athons are competitions. CBCs are a census. Invalidation the efforts of volunteers is a supressive activity.

Hi Chris,
Well still I find this a very good initiative. They are now doing the same in France, asking people to survey their garden visitors by taking notes on the species and their numbers! It can help a lot for the conservation of species but of course, not everybody is a bird identifier!!
Beautiful shots you got there!

I agree with your opinion on the CBC.
On December 27, walking around the 4 Jess Ranch Lakes in San Bernardino County,working in the Mojave Desert ring two of us noted 54 species in 3 hours and the temp range was 24 to 36.
John Breckenridge

There's nothing wrong about having a little excitement if you turn up an unexpected species but I agree that a Christmas Bird count shouldn't be a competition.If it was, I surely would have come in near the bottonm this year.-Nice post-250 Cedar Waxwings must have been an awesone sight!

I love your site. I just discovered it and I'm following you. I did my first bird count and now I'm addicted.
I write an outdoor column in Colorado (originally from seacoast NH) and wrote this week about my bird count. Here's a link, thought you might like it. By the way, your pictures are amazing.
Kristen
http://tinyurl.com/yk2veac