Birding in Vermont - the Challenge 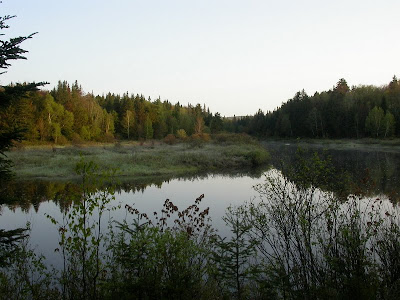 Several years ago, I did a big day in late May with a couple of friends. Our goal was to find as many birds as possible within the boundaries of Windham County. We camped at Grout Pond and began the day about 5am, though in the earlier hours of the morning two of us heard the Barred Owl calling. We ended the day at 9pm in downtown Brattleboro listening to the Common Nighthawk hunting overhead. In the intervening hours, we traveled 125 miles. We roamed from the highlands of Somerset to the farm land of Vernon to the wetlands of Herrick’s Cove. We had a few small spots on the edge of boreal forest. We had plenty of temperate forest, both mature and young, brushland in transition, beaver ponds, marshes and mudflats, grassland and farmland, parking lots and neighborhoods. In other words, we visited many different habitats. 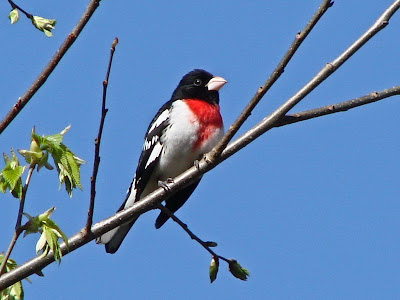 We knew we would miss some species. We did not get to the mountain tops, so we had no chance to count Bicknell’s Thrush or Blackpoll Warbler. We also missed some common species like Rose-breasted Grosbeak (seen the next day in my back yard) and Wild Turkey. There were at least twenty-five species that are present in the county during the breeding season that we had missed.

Even so, our total at the end of the day was 111 species, including 21 warblers, the jewels of summer birding in the east. It was a day of really good birding. But, we had worked at it.

We live in an area that has a wonderful variety of bird life from mid-May through August. There is always the potential for really good discoveries. But, before you invite a friend from a bird impoverished city to come to Vermont for good birding, you need to make it clear to that friend that Vermont is a destination for birds, not necessarily a birding destination.

There are a number of places in the East that are birding destinations - place where birders can go and almost be assured of seeing a good variety, often without a great deal of efforts. A few of those places are “migrant traps.” One of the best known is in northwestern Ohio along the southern shore of Lake Erie (Magee Marsh Wildlife Area, Ottawa NWR, and nearby areas). Northward moving birds pile up, waiting for favorable tail winds to help them across the water. Bird photographers line the boardwalks and trails because this is the best place for multiple opportunities to photograph multiple song bird species - especially warblers. Some May soon, I hope to be one of those pilgrim bird watchers who visit this birding destination.

The Cape May peninsula, bounded by the Atlantic Ocean and Delaware Bay and pointing south, and with large expanses of many different habitats, collects migrating species needing to rest and refuel on their journeys. It is a premier birding destination, attracting birders from around the world. 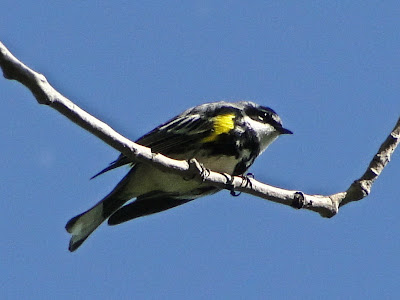 As migrating birds move toward their breeding grounds, they tend to concentrate along flyways - typically broad river valleys. The Connecticut River Valley is our flyway. If you are lucky, you may occasionally experience a “fall-out” where you have many migrants and perhaps considerable variety. A fall-out is when a migrating flock comes down in the morning to feed after their night flight. I remember one late April day when my timing was just right; in every direction there were Yellow-rumped Warblers resplendent in their breeding plumage. Mixed among the Yellow-rumps were Palm Warblers, Ruby-crowned Kinglets, and Blue-gray Gnatcatchers.

By the time the birds reach us, they are beginning to disperse across the countryside. Their flyways are dissolving and they are heading toward their favored breeding habitats, looking for their old territories or exploring new territories to claim as their own. And that means, for most species, that the bird watcher has to go to the appropriate habitat in order to see particular birds, and then patiently look for them. 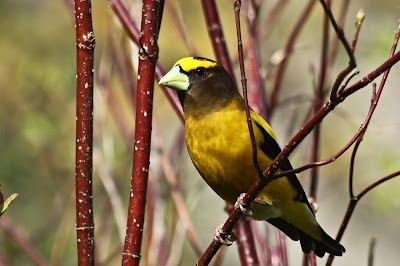 There are some exceptions. Our bird feeders are a specially created habitats, and may provide the opportunity to observe closely some species. For many birders, the Evening Grosbeak is a coveted species, and they will target this species whenever they venture into the northern woods. I am fortunate to live at enough elevation and with plenty of nearby woodlands that are favored by these birds. I have a flock of twenty that feed daily at my feeders. My photographic file for the handsome and beautiful  Evening Grosbeak contains dozens of excellent photographs. However, my neighbor who lives less than a quarter mile from me and in almost identical habitat, came to my yard to listen to these birds sing.

Changing focus, another target species for many birders is the Least Bittern, a shy and elusive wetland wader.  I have had mere glimpses of this bird in the north. But the artificially created park-like wetlands of several Florida waste-water treatment facilities almost guarantee superior opportunities to observe the bittern. These wetlands are to the marsh-bird equivalent what my backyard feeders are to the finches.

Unfortunately, the best places for marsh birds in the north are the National Wildlife Refuges, where meager visitor trails and observation points seem designed to frustrate engagement with any wildlife much less provide opportunity to see birds. 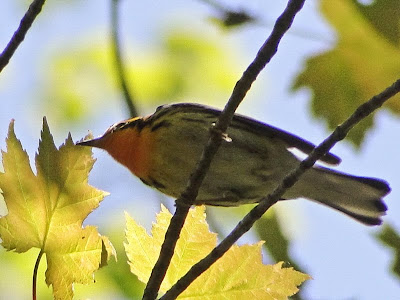 Vermont is not a migrant trap. Our state is near the northern limits for the flyways. As the birds move northward for the breeding season, they are scattering across the countryside. You can see a lot of different birds just within the confines of Windham County. But you may have to work at it. That is why local birders call May the month for “warbler neck” - the painful condition which result from looking upward while holding binoculars. You search the tree tops for extended periods of time, trying to find the tiny little bird flitting among the emerging leaves on the thin branches. It pauses on a branch. The sunlight strikes it. Its breast flames with fire-like brilliance as he lifts his head and trills his song. Blackburnian Warbler!

Great post and photos. Migration is a great time to see the birds. I would love to see the Evening Grosbeaks and the male Blackburnian.

While I am very familiar with warbler neck, I've never knew about fall out. Perhaps that is what I experienced last Saturday?

As always, I learn a lot when I come here.

I would love to see the Evening Grosbeak too. Love your photos!