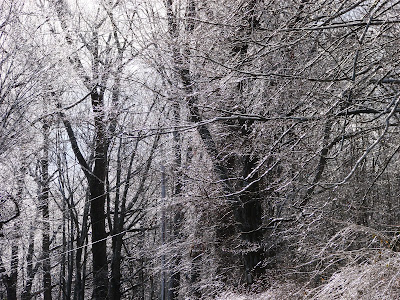 The 111th Christmas Bird Count (CBC) begins on December 14 and will continue through January 5. Throughout the western hemisphere, teams will pick a day during this period and count the birds they see. Tens of thousands of people participate in hundreds of teams. It is one of the largest, if not the largest, citizen science projects. It is sponsored by the National Audubon Society, Cornell Laboratory of Ornithology, and local Audubon societies and chapters.

In the early 20th century, America’s industrial leaders could still be found in small towns. An automobile pioneer worked in Hinsdale, NH. From a complex in Brattleboro, parlor organs were manufactured and sold throughout the world. The Vermont Asylum for the Insane was renamed the Brattleboro Retreat and provided the most progressive care for the mentally ill anywhere.

Today, small town Brattleboro and the area of southeastern Vermont is known for its progressive and activist role in environmental issues. Coincidentally, Brattleboro was in the vanguard of the conservation movement at the beginning of the twentieth century. Audubon societies rose out of the indiscriminate slaughter of birds for markets and for millinery manufacturers; feathers on hats was all the rage. The inexhaustible supply was being exhausted.

A local newspaper, the Vermont Phoenix, carried this article on September 6, 1901. The headline was: “State Audubon Society.” The lead-in to the article read: “Organization of Brattleboro Bird Club Changed to Widen Its Scope of Usefulness.”

“At the regular meeting of the Brattleboro Bird club held at Lindenhurst last Monday evening the club voted to disband and reorganize as a State Audubon society. They have had this object in view since last winter when one of the members attended the joint session of the Audubon societies and the American Ornithologists’ Union which convened at Cambridge, Mass., and returned delegated to form a state society in Vermont. W.C. Horton was elected as chairman to organize the new society. The following officers were elected: Mrs. Frances B. Horton, president; Mrs. Elizabeth B. Davenport, 1st vice president; Mrs Stella E. Barrows, secretary; Miss Emma Gregg, assistant secretary; Miss Kate Selleck, treasurer; executive board, William C. Horton, Charles H. Thomson, Mrs. Sadie L. Stockwell of West Brattleboro, and the first four officers.

“A few words relative to the work of the Audubon Societies may be of special interest at this time, as the Brattleboro Bird club has reorganized as the Vermont State Audubon society. In 22 of the states such societies have been organized, whose general purpose is to create or encourage a popular sentiment and atmosphere favorable to educational work in nature study, also to hold themselves in readiness to fall into line when necessary to further the enactment of such laws as may seem advisable for the protection of birds, both from the plume hunter and the market vender. These societies are reorganized by our general government, a list of them appearing in the Year Book of the United States, agricultural department for 1900.

“The first conference of the societies was held in Cambridge Nov. 15, 1900, delegates from many states being present. This time was selected as the congress of the American Ornithologists’ Union was then in session, and the work of the Audubon societies had engaged the hearty support and cooperation of the leading ornithologists of the country. In November of the current year a second conference is arranged to meet in New York at which time the committee will report on plans looking toward a closer federation of state societies and fuller cooperation with the American Ornithologists” Union.

“As cooperation is the key note of the spirit of our century’s work; it has seemed desirable to the members of the Brattleboro Bird club to join the movement, that a wider field of usefulness may be opened to them. It is their hope to see branches of the state society organized in many places, each to prove a centre from which the influence may radiate, all working with unity of purpose. Correspondence with the secretary of the society, Mrs. Fletcher Barrows, Brattleboro, will be cordially welcomed.” 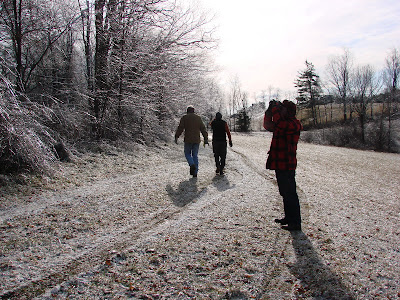 The legacy of  the Brattleboro Bird Club, reorganized as the Vermont State Audubon Society,  and of Audubon societies in general, can be seen in the annual Christmas Bird Count. In 1903, eight species were recorded and 41 birds were counted. Last year in Windham County, Christmas bird counts were done in the Brattleboro area and the Bellows Falls area. Over 50 people participated. In the Brattleboro area, there were 51 species recorded and over 3300 birds counted. A few of those species counted in 2009 were in danger of becoming extinct in New England back in 1903, and the Wild Turkey was extinct. Conservation and wildlife management, spurred along by those early environmental activists, has reversed many of the downward trends.

Don’t let up on the activism. Bogus science, human sloth, and rampant greed will always pose serious threats to the birds we love and the environment they need - not to mention the environment we need.

An enjoyable event that obviously continues to produce to grass roots data that will help ongoing management and conservation. Have fun FAB.