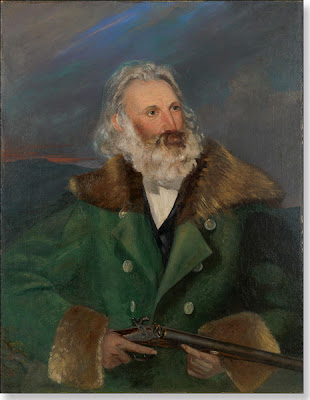 ... and Other Mystery Birds in J.J. Audubon’s “The Birds of America.”

Plate 60 in Audubon’s original double elephant folio depicts the “Carbonated Swamp-Warbler.” There is a reason why you have never heard of this bird. When Audubon reissued his “Birds” in octavo size, he provided this description of the bird which he now named “Carbonated Swamp-warbler:

“I shot the two little birds here represented, near the village of Henderson, in the State of Kentucky, in May 1811. They were both busily engaged in searching for insects along the branches and amongst the leaves of a dogwood tree. Their motions were those common to all species of the genus. On examination, they were found to be both males. I am of opinion that they were each young birds of the preceding year, and not in full plumage, as they had no part of their dress seemingly complete, excepting the head. Not having met with any other individuals of the species, I am at this moment unable to say any thing more about them. They were drawn, like almost all the other birds which I have represented, immediately after being killed.”

Two definitions and one reminder before proceeding. “Double Elephant Folio” was the largest book size produced in the nineteenth century, approximately 26 ½ x 39 inches. The term has become almost synonymous with Audubon’s great work, published 1827 - 1838; it consisted of 435 plates. “Octavo” refers to the size of a book or print that is 1/8 the size of a full sheet of paper, resulting from folding the paper to form 8 leaves. Audubon’s octavo edition was approximately 7 x 10 1/2 inches. The ocatvo edition was first issued in 1840-1844; in addition to plates of all the birds, it has extensive descriptive text.

And the reminder: Modern readers probably shudder at the matter of fact descriptions of shooting and killing birds. But remember, Audubon and every other naturalist of his time had no binoculars, no spotting scopes, no pocket digital camera to hold against the eye piece, no image stabilized long lens. To study a bird, they needed to hold it in the hand. A shotgun was as essential to Audubon in the study of wildlife as the expensive optics and cameras of birders today.


Returning to the Carbonated Swamp-Warbler. Audubon recorded when and where he collected the birds and that he painted them soon afterward. He also reported that he never encountered this bird again.

Audubon did remarkable work. He was often plowing entirely new fields. But there are mysteries in his work. The Carbonated Swamp-Warbler is one of five mystery birds which appear on the 435 plates.

A second mystery bird in “Cuvier’s Kinglet,” which Audubon named in honor of a celebrated naturalist. “I shot the bird represented in the Plate, on my father-in-law’s plantation of Fatland Ford, on the Schuylkill river in Pennsylvania, on the 8th of June, 1812 ... I killed this little bird, supposing it to be one of its relatives, the Ruby-crowned Kinglet ... and was not aware of its being a different bird until I picked it up from the ground. I have not seen another since, nor have I been able to learn that his species has been observed by any other individual. It might, however, be very easily mistaken for the Ruby-crowned Kinglet, the manners of which appear to be much the same.”


Once again, no one else has ever seen “Cuvier’s Kinglet” since Audubon. The AOU suggests that it may be an aberrant of the Golden-crowned Kinglet. It may also be a Golden-crowned Kinglet that Audubon painted from memory, forgetting that the bird he had shot had a yellow crown, not a red crown - or not. In the 1937 MacMillan edition, a brief comment accompanies the plate: “Audubon’s memory has been proven faulty on more than one point, but in this failing he is not unique. Naturalists - including amateurs - do well to take careful notes on the spot!” Cuvier’s Kinglet remains a mystery.


A third mystery bird is the “Blue Mountain Warbler.” Audubon writes: “It is somewhat strange, that among the numerous species of birds that visit the United States, a few should have been met with only in rare instances. The present Warbler is in this predicament, as it does not appear that many specimens have been obtained. ....” Audubon acknowledges that Alexander Wilson first discovered this bird in the Blue Ridge Mountains of Virginia. It “has not been my good fortune to meet with [the Blue Mountain Warbler], although it would be in no degree surprising to find it a constant visitor to some portions of our vast country yet untrodden by the ornithologist. My figure was taken from a specimen lent to me by the Council of the Zoological Society of London, and which has come from California.” In addition to the painting, Audubon gives a complete written description of this bird. He lists its range as “Blue Mountains of Virginia, and west of the Rocky Mountains.”

That is all that is known about the Blue Mountain Warbler. It has not been identified with any known species. It is a mystery.

Are Audubon’s mystery birds aberrations of known species, hybrids, juveniles, or might he have been overindulging in the corn distillations of the frontier? We don’t know. Some mysteries remain mysteries.

So if you see a bird you cannot identify, don’t feel too badly. You have some good company. Do like Audubon: enjoy the bird, and if you want, give it a name.


Note: David Sibley has an interesting analysis of Audubon’s painting from the perspective of birder/artist on his blog, sibleyguides

Of course, there is always the remote possibility that he shot the last two corbonated swamp warblers.

Intriguing stuff--now I really wish I could see those Carbonated Swamp-Warblers, whatever they may be. What a name, too--I suppose he called them that because of their blackish markings, but I keep thinking there ought to be something bubbly and fizzy about them.

Chris -- I will take your suggestion to heart and when I can not identify a bird I will think of Audubon. I thought the post was an informative piece. -- barbara