This post on Alcid courtship, and the next one Alcid mating, requires a degree of restraint on my part. It is very tempting to anthropomorphize the behaviors I photographed on Machias Seal Island, and to describe those behaviors with the smirking and chuckling terms often used. But alas, I don’t want blogger (or a prudish reader) to flag me for inappropriate content, so I will keep this on as even a keel as possible.

The most common courtship behavior I observed was “billing.” Billing among mated pairs of the birds I observed involves touching, or as it appeared to me, caressing, each other’s bills. The behavior apparently serves to strengthen the pair bond. This was most apparent with the Razorbill pairs.

There were many fewer Common Murres so there were fewer opportunities to observe billing among pairs. When I did photograph it, it appeared a bit more restrained than with the Razorbills.

Is this courtship? Or a beef: Come on, make up your mind? Or a lover's quarrel?

Atlantic Puffins do most of their courtship, and according to Birds of North America, almost all of their successful mating on the water. Occasionally, however, they do billing on land. 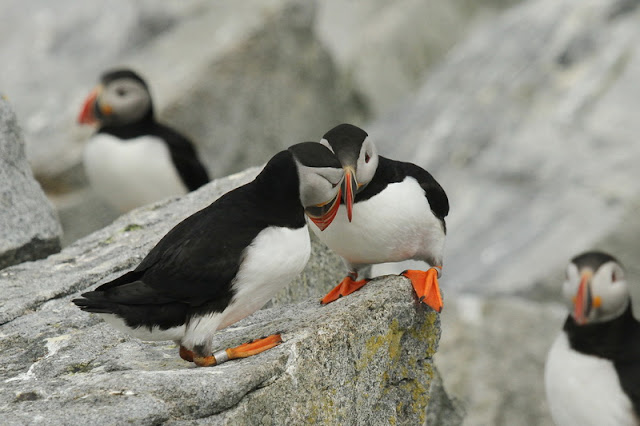 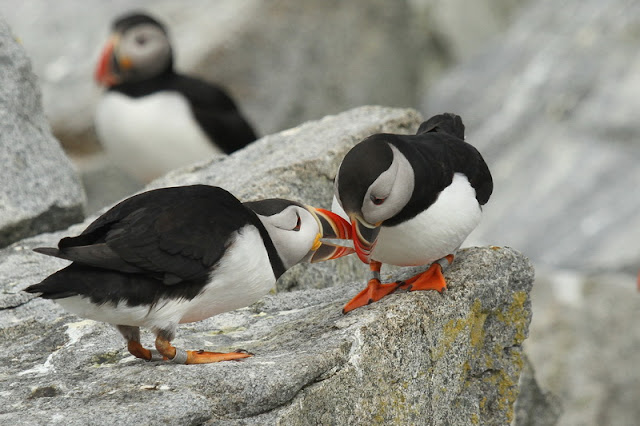 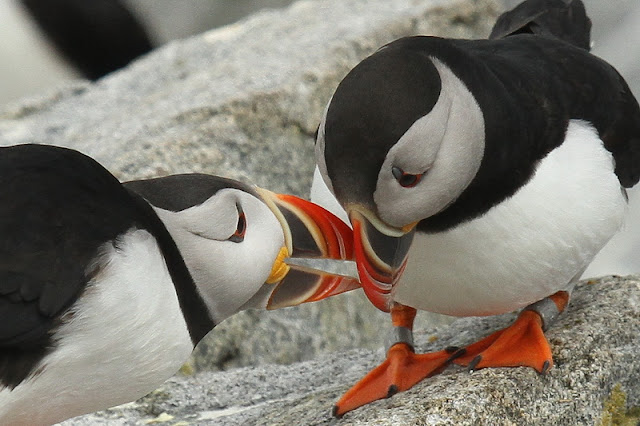 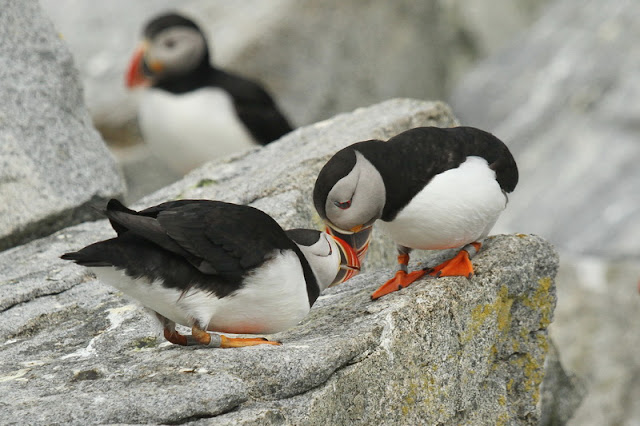 A completely different form of courtship is practiced by the Arctic Terns. I only saw these terns in flight. Several were carrying food. Among most land birds, this is a sign of young in the next. However, among the terns, bringing food to one’s mate (or hoped for mate) is a courtship behavior by the male in order to demonstrate, presumably, his ability to provide for the mated pair’s young. I have seen this among Least, Common, and Forster’s Terns, and now Arctic Tern.