Puffins on the Wing

The Atlantic Puffin, like all alcids, has "compromised" its flying ability in order to live in the sea and away from land, except when breeding. Its wings are shorter and the bones thicker. It flies underwater, using its feet as rudders. 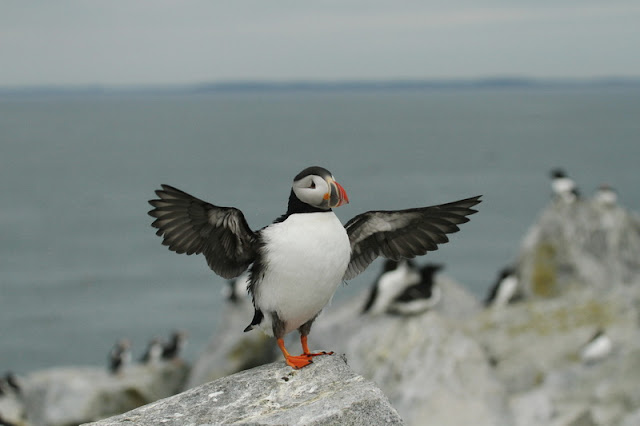 When the puffin does take to the air, it is something of an adventure. Like other diving birds, it needs a running start across the water's surface in order to get airborne. 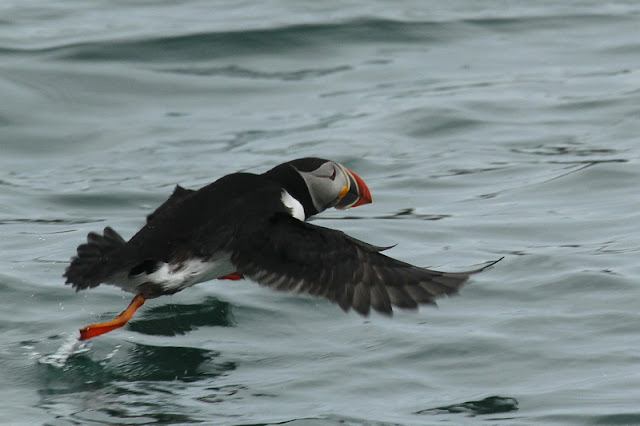 Once in the air, its flight is rapid; wing beats are 300-400 beats/minute. It is a streamlined, though rather rotund, projectile. 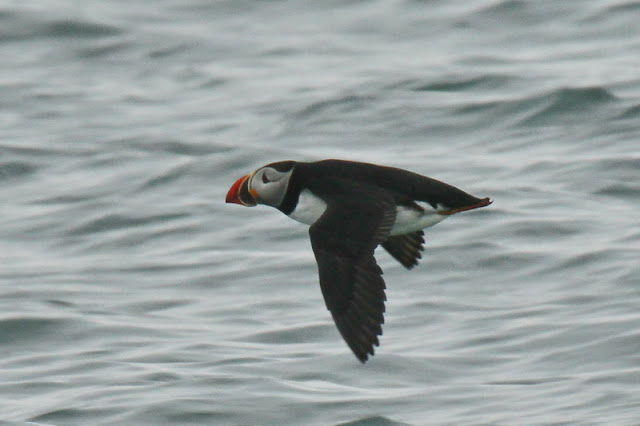 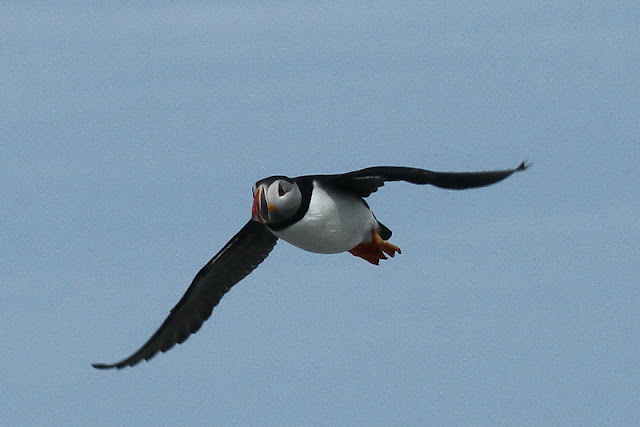 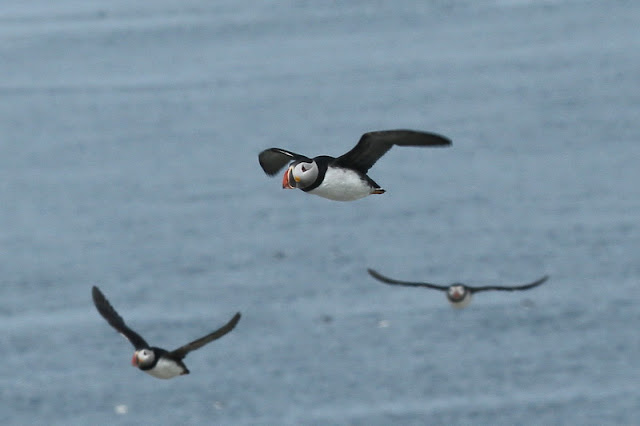 That said, watching the Atlantic Puffin launch into flight on land, or come in for a landing, draws an irrepressible smile. It makes taking to the air look like an adventure, something it does, but would rather not. Sort of ... well, I hope this works. 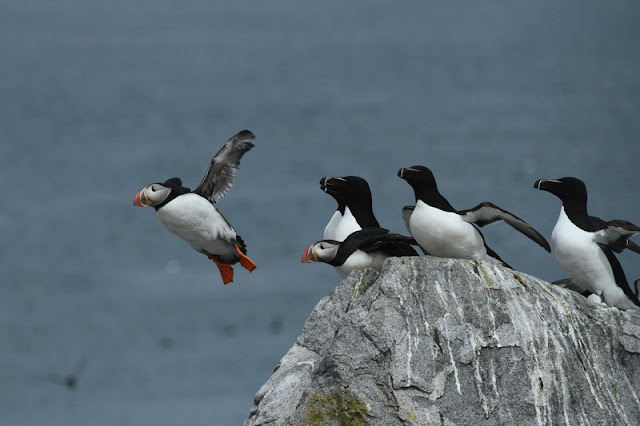 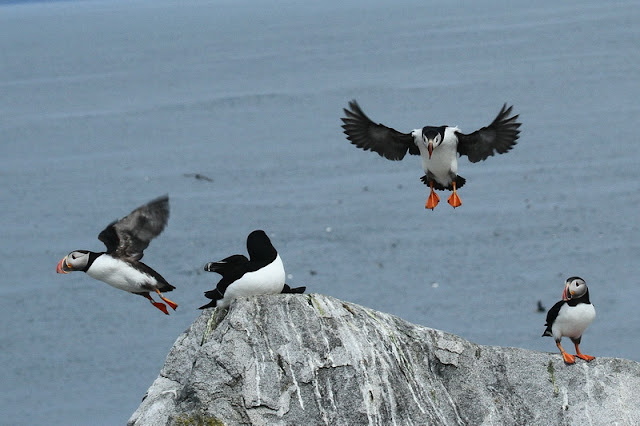 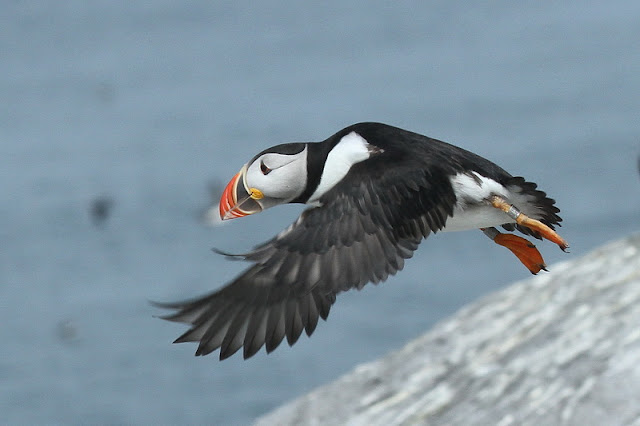 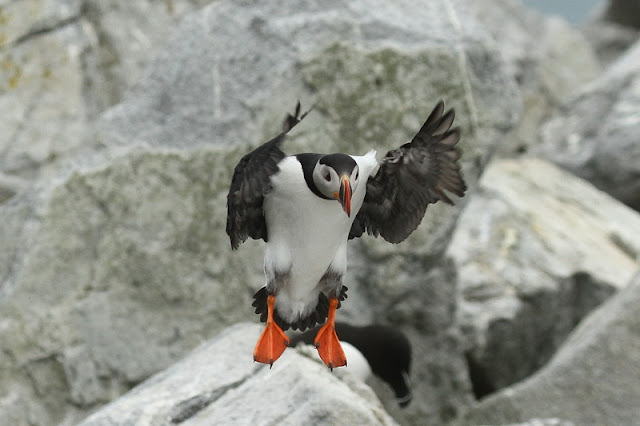 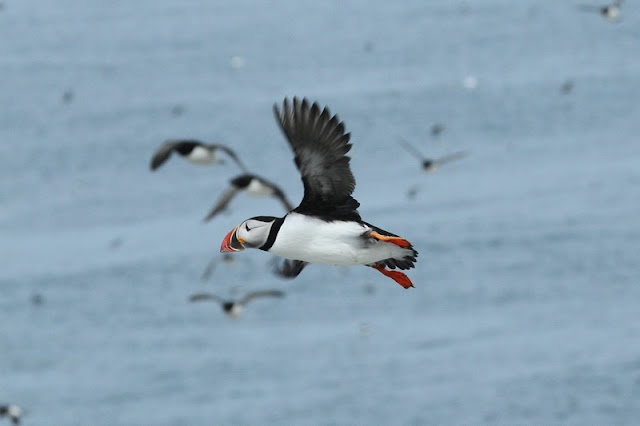 I love these cute birds! Great photos and post, Chris!

This is a great series of images.

Hello Chris,
I have had a look at your latest posts and I am very impressed with your images and the subjects you photograph.
I have yet to see with my own eyes Puffins and Razorblades!
Great stuff!

This is so beautiful!