Note: This was a post with Short-eared Owl photos. I've remove the photos from this post so they can be used with column on 2/9. Here are a few other photos from winter birding around Cape Ann. 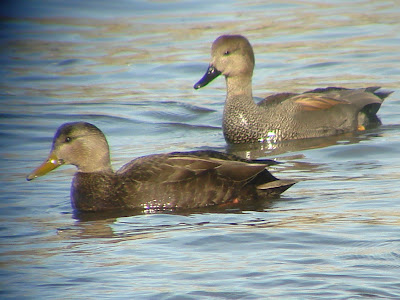 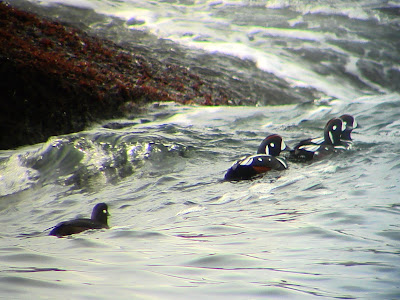 Great Cormorants were roosting at low tide on rocks off the Granite Pier near Rockport. 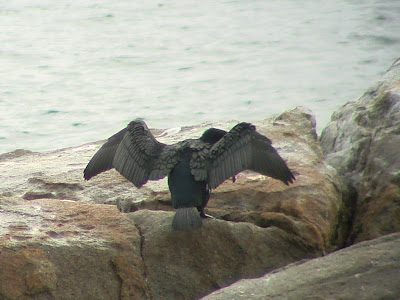 Began the day birding Cape Ann. At Halibut Point, a flock of 75 Purple Sandpipers were feeding & bathing in their manner, on the rocks as the high surf broke. 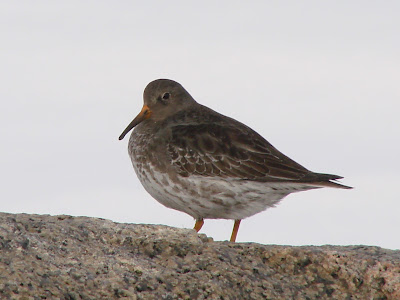 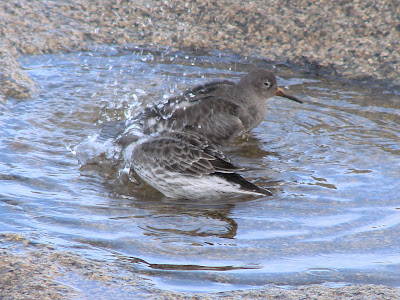 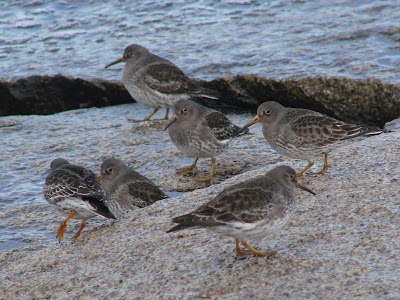 Off the Granite Pier in Rockport,captured this Harlequin Duck just as it dove. 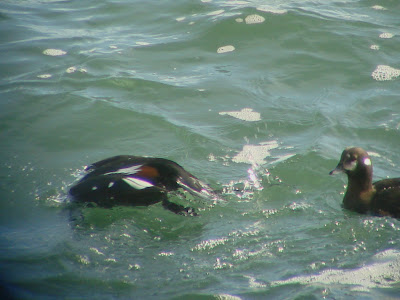 Love the Short-eared Owl pictures! Speaking of Harlequins, one is making quite a splash down here in PA!
Vern

Interesting about the Harlequin in PA - also making a splash up in Champlain. We expect to see them on the Mass coast in winter. Still, always special~