The weather for today is supposed to turn, with showers likely. so I thought it would be a good idea to visit the waterfowl roost in the morning.

Highlight had to be a brief pause on a power line by an Eastern Meadowlark, which I've never seen in the lower Connecticut River Valley of Vt-NH, and which is rarely reported by anyone.

As for the waterfowl - Not! Empty. Virtually nada - a few ring-necks, blacks, mallards, hoodies, and goldeneyes. 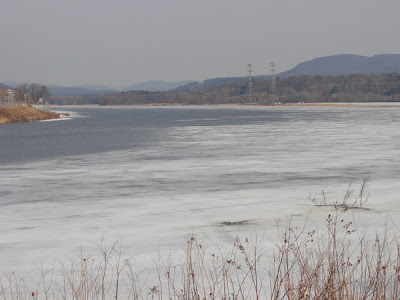 In the farmland on the Vermont side south of Vernon Dam, there were many waterfowl grazing the fields and in some ponds, including 8 snow geese, green-winged teals, pintail, woodies.

Many of the same species were on the West River in Brattleboro and in the cornfield behind the marina. Also, three Snow Buntings. 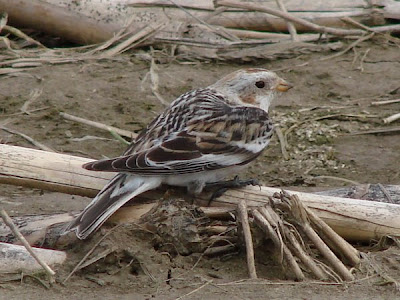