I came home from Philadelphia yesterday by way of Forsyth NWR - Brigantine. It was a couple of good hours, with a few new songbirds, but mostly the waterfowl.

First Osprey of the year flew over with a large fish. Several gulls, mostly young ones, tried to harass the Osprey and maybe shake loose the fish, but he was having nothing to do with them. This uncropped, digiscoped photo just picks up one of the gulls - which did a lot of flying about and made a lot of noise, all to no effect. (Atlantic City casinos in background.) 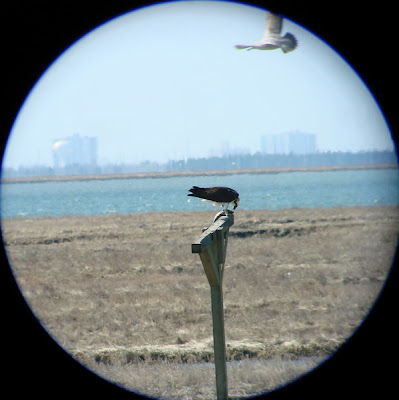 Below are a few photos of waterfowl which were close enough to yield decent pictures.

Small raft of about 30 Canvasbacks was certainly a treat. These are not often seen in New England. 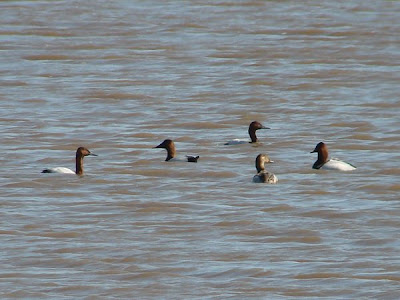 Northern Pintails - the drake is handsome and under-appreciated, although this one appears to be getting the kind of attention a drake likes. 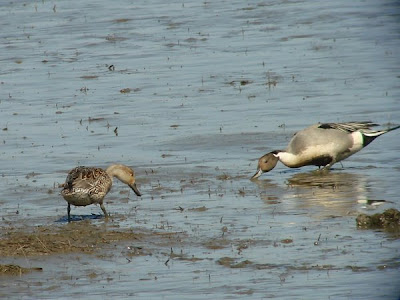 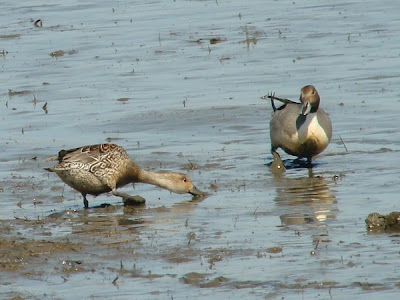 Hundreds (more probably thousands) of Brandt were scattered through the refuge and in the ocean waters. Many were grazing in the grasses along the refuge road. 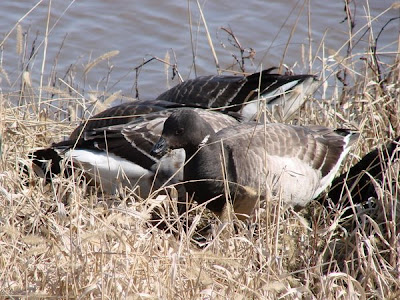 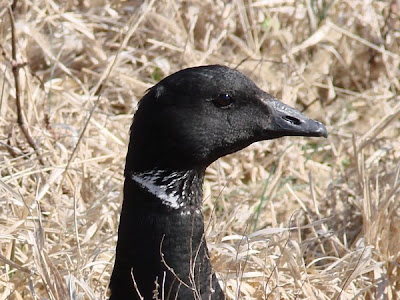 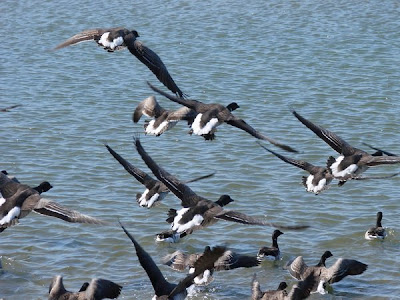 Email ThisBlogThis!Share to TwitterShare to FacebookShare to Pinterest
Posted by Chris Petrak at 11:07 AM
Labels: Brandt, Canvasback, Northern Pintail, Osprey