Small birds are tough to photograph. You have to find them, get them to hold still, and hope they are in reasonable light. From my Cape May trip, here are a few which cooperated. I also got lots of photos of leaves, branches, and blurs.

Blue Grosbeak in a field at Higbee Beach WMA - a very cooperative first year male. Occasionally he would sing briefly. This is not a bird which makes it as far north as Vermont, so it is always a target on my spring trips. I have seen a first year American Redstart singing, and apparently breeding. Also a year old Orchard Oriole. So perhaps this young gentleman has a chance of attracting a mate. 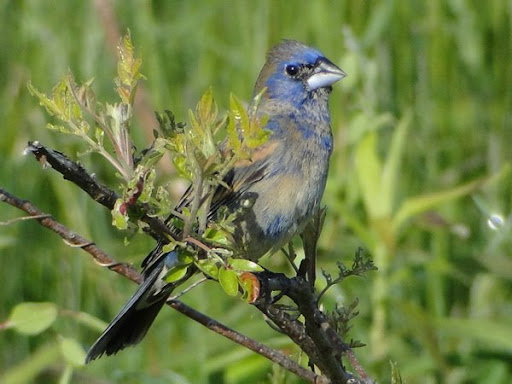 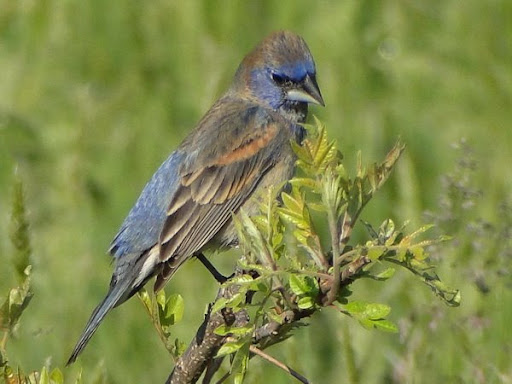 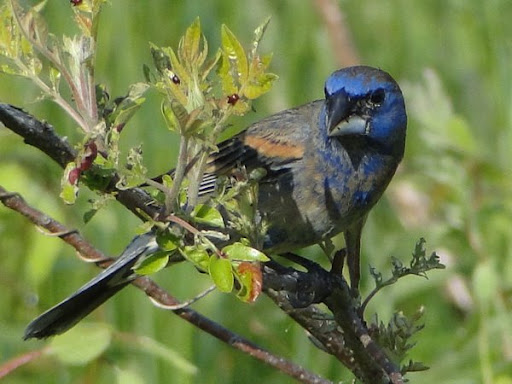 Another species which doesn't make it to the Vermont north (though I have seen it in late Fall near the Massachusetts coast) is the White-eyed Vireo. They were singing everywhere, but it took three days before I finally had one that would stay in the open for a few seconds, as this one did in a brushy edge field along the road to Jake's Landing. 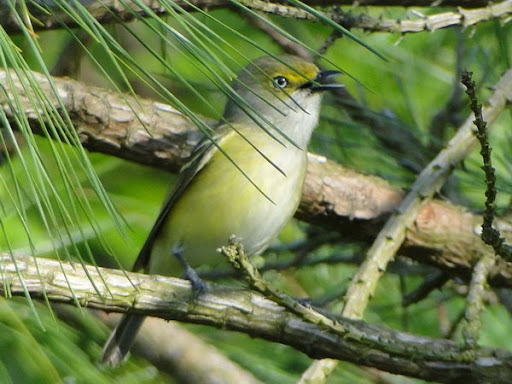 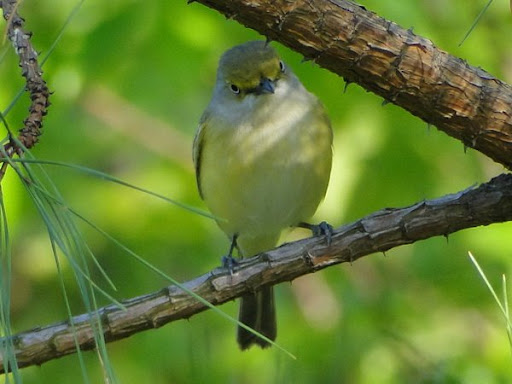 When I lived in Delaware Water Gap, the trail allowed me to look into the canopy and see these birds. Another "southern" species, I have usually been able to see them at the crossroads in Belleplain State Forest - and almost always hear them - Worm-eating Warbler .... 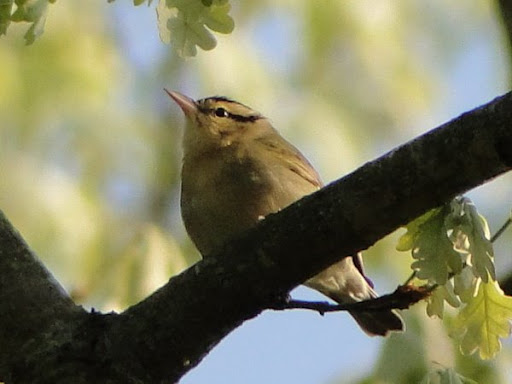 Once the Magnolia Warbler reaches my neighborhood, it typically disappears into the thick branches of the spruce and other favored nest areas. At Higbee Beach WMA, they were singing, and even showed themselves. 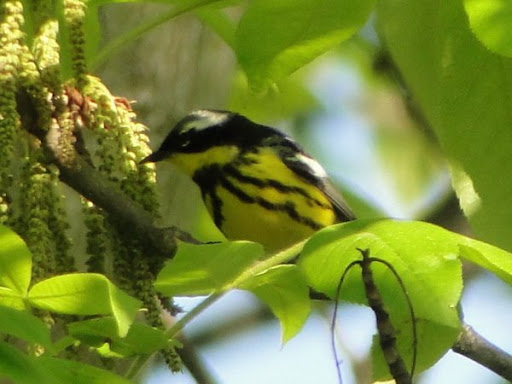 At Thompson's Beach, Barn Swallows were busy building their mud nests beneath the board walk, and putting on a magnificent display for the few people who ventured there. The Clapper Rails were also going wild, chasing one another in the open and vocalizing loudly, but never holding still in the open for anything but a brief look. 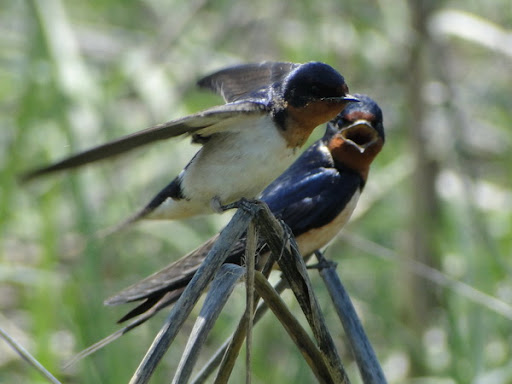 Obviously this is no rarity, but I love watching the Red-winged Blackbird displaying his epaulets as he makes his harsh courtship calls, which they were doing everywhere. This one just happened to be near the walk at the Nature Conservancy. 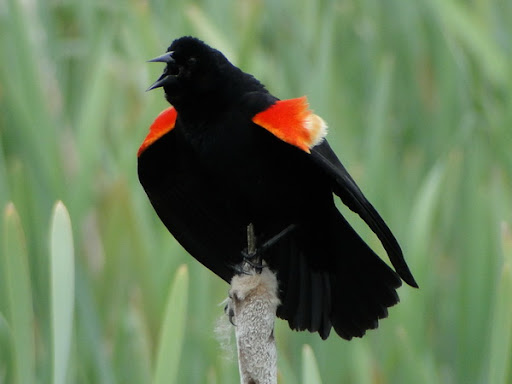 Well, yes, they are hard to photograph but with a bit of patience, you get them, and you did! A wonderful series! VCongrats. have a nice week-end.

Great photos.
I still have not been able to get a decent warbler photo..
wow yours are great! and the two barn swallows awesome photo.
as well as the red wing blackbird shouting out.
great photos..I really enjoyed them!
Hope you an join us in Ma for some birding.

Chris, the Blue Grosbeak is just a gem. I've never seen one!

Thanks to each - this is a fun blog to do, and the cultivation of patience is probably more than a few years overdue.

The Pictures Are Amazing !!

I love your photos and commentary. They are great reminders of why I liked living in Vermont for so many years. But all is not lost: in San Diego, I saw an osprey devour at leisure a large fish atop a telephone pole. I have also seen seen blue herons nesting near a lot of traffic, and hundreds of dainty wading birds in a rather polluted river. The San Diego Zoo and Wild Animal Park have magnificent bird collections.