This Red-winged Blackbird is waiting for me to disappear, even though I am quite a distance away, before she takes a meal to her hungry brood somewhere nearby. 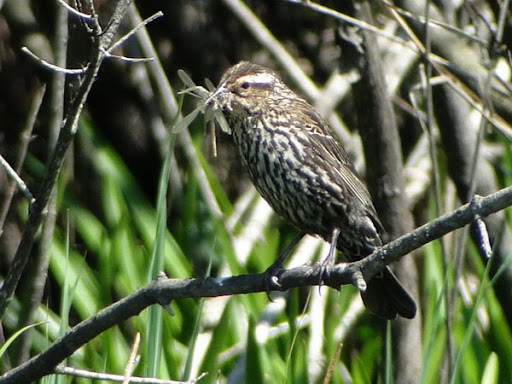 At my feeders, the European Starling was one of the first to bring fledged young. Over the weekend, there were also downies, chickadees, and doves, and the evidence is that many others are busy feeding young. Photos of the young as they become available. 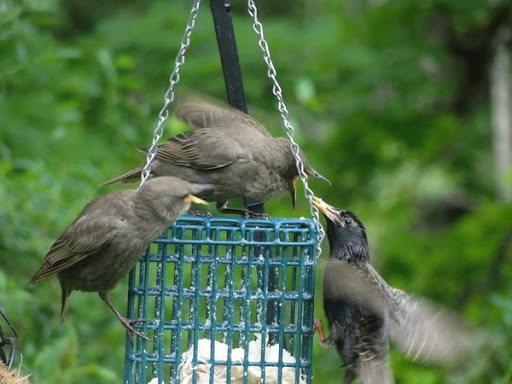 This White-breasted Nuthatch is almost certainly one of the fledged young, although they all move about so quickly that it is difficult to sort them out. But this one was fluttering its wings while on the trunk and pecking at the bark as though it thought maybe possibly there might be something there. But as soon as a parent appeared overhead, it headed in that direction. 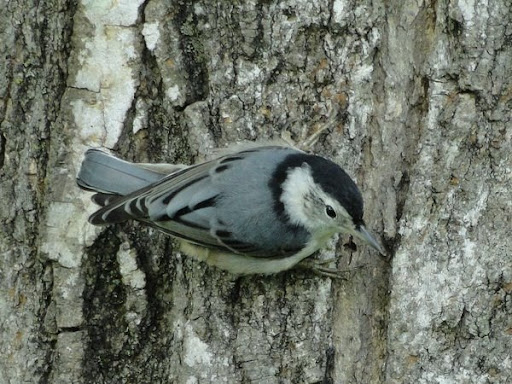 This is definitely an adult White-breasted Nuthatch. I watched it going from feeders to branches with food. The photo makes the plumage appear pretty neat, but my impression was one of worn plumage as it moved about - maybe frazzled is a better description. Raising kids is tough work. 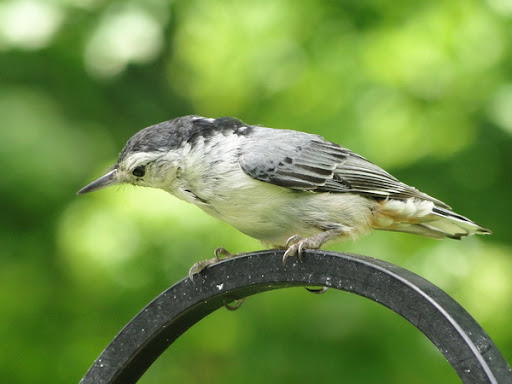 The House Wren are constant entertainment, even though I know they are chasing off other species from the nest boxes. They took over at least one chickadee box. But the chickadees are doing all right. They had young around on the weekend. The male wren is never quiet, although he gets nervous when I walk pass, or worse (in his wren mind) when I stand there and dry to see him. She is also very wary. After several long waits, I finally got her tail end as she entered the box. She did not re-emerge, so I am presuming incubation. 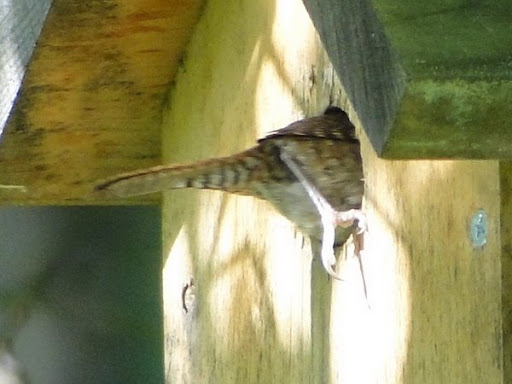 Near a second box, this male scolded me at length for walking through what I presume to think is my yard. The box he appeared to be defending has a nest in it, but I have yet to determine if it has eggs or a female. This male is a second resident male; the other I could hear up the slope while this one analyzed my faults. Relationships among wrens can get rather tangled, so I won't count on sorting them out. After patient waiting for the previous photo, this one just suddenly happened. Sometimes the only way to get a photo of a bird is not to try. 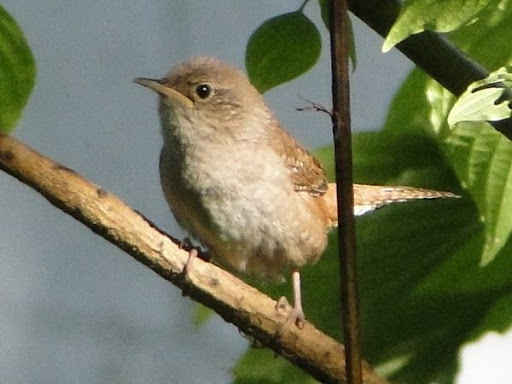 Hope you're having opportunities for good birding!

Very nice. I enjoyed all the pics.

HOWdee Chris,
I enjoyed the walk around the birds..i mean ..your yard..and looking at the fledglings and parents.
nice photos!

Hi Chris,
A very nice post with a lot of diversity but I loved so much the shot of the nuthatch!!! Especially because it is a species we do not have!!!