From Cape May, we went north to Jonesport, Maine (with a stop at Craignair Inn, Clark Island, a favorite place of ours). In Jonesport, we did the puffin trip to Machias Seal Island. Unfortunately, the tour leader felt it was not safe to land, so we did not get on the island. But the number of birds feeding in the water was considerable. We spent about an hour moving slowly among the birds.

Four target species nest on Machias Seal Island: Atlantic Puffin, Razorbill, Common Murre, and Arctic Tern. The tern was seen through the fog flying overhead, its voice different from other terns (Common, Forster’s, and Least), so I can count it for the year. But there was no way to see any field marks. The others were close, and good views were had. This post is limited to the Atlantic Puffin.

Just a caution - don’t call the puffins “cute” (even if you think they are - and I admit they are) because this week’s column (post on Saturday) is a language rant with “cute” being the victim.

As always, thanks for dropping by. 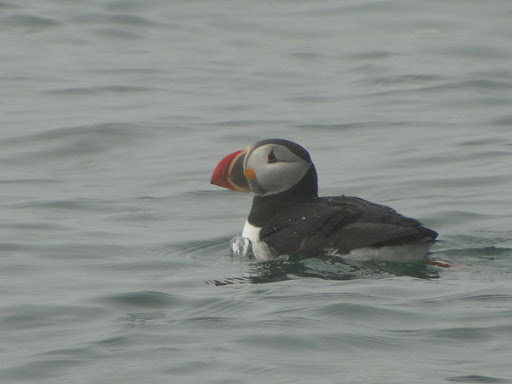 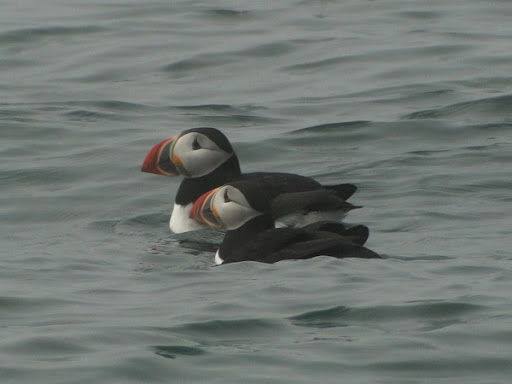 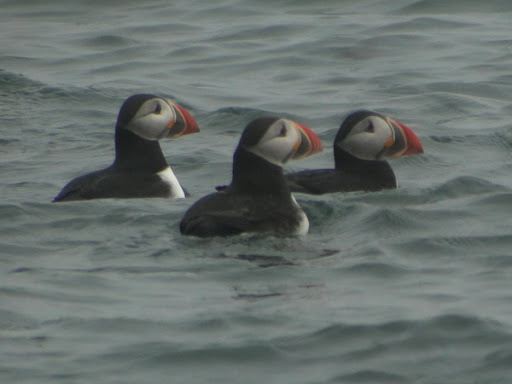 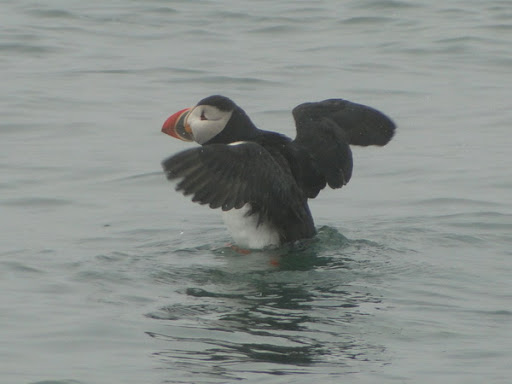 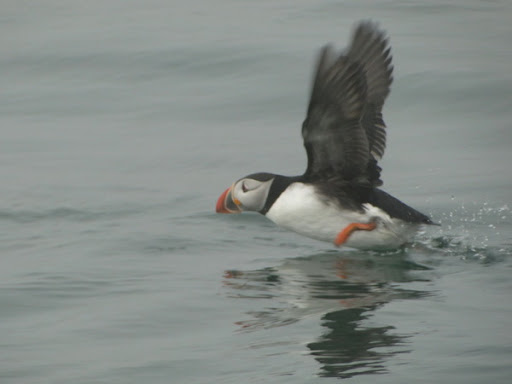 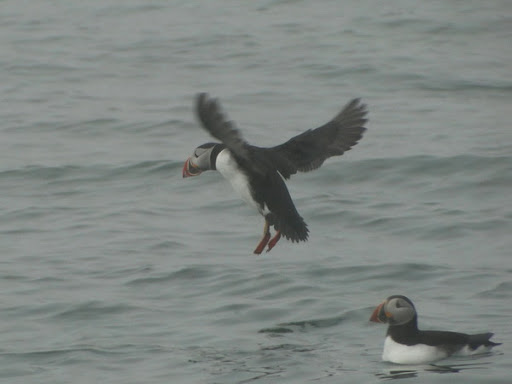 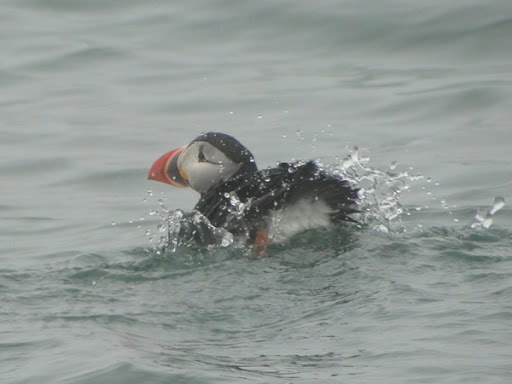 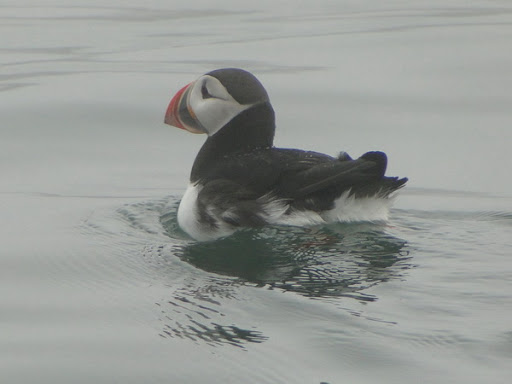 Email ThisBlogThis!Share to TwitterShare to FacebookShare to Pinterest
Posted by Chris Petrak at 6:00 AM
Labels: Atlantic Puffin

Oh and where is this cute column post you are referring too??
i need to talk some cute there!

What fun! You know, I've never seen a puffin? They are rather uncommon here and we certainly didn't have them in Colorado.

If the general public is charmed by these endearing creatures, then perhaps they are good ambassadors, bridging the gap between unknowingness and awareness.

The Atlantic Puffins look sad, IMO, but they're also very... cute! The Tufted Puffins of the Pacific look like bad asses. I guess it's to make up for the sad eyes of their Atlantic cousins.