Here are five photos of five Trinidad birds, which I am posting because of the "unusual" nature of the birds, at least unusual compared to what I usually see around home. The photos themselves are not of the quality that I would like, but I think they will convey something of the avian diversity I on the island.

First, the most beautiful, and unusually colored, woodpecker that I have ever seen - the Chestnut Woodpecker. The drumming of this bird was heard all day from the veranda. I finally found it in the late afternoon working on some bamboo not far from the trail. I managed a few shots before it disappeared. I did not hear or see it during the remaining four days of our stay at Asa Wright .... 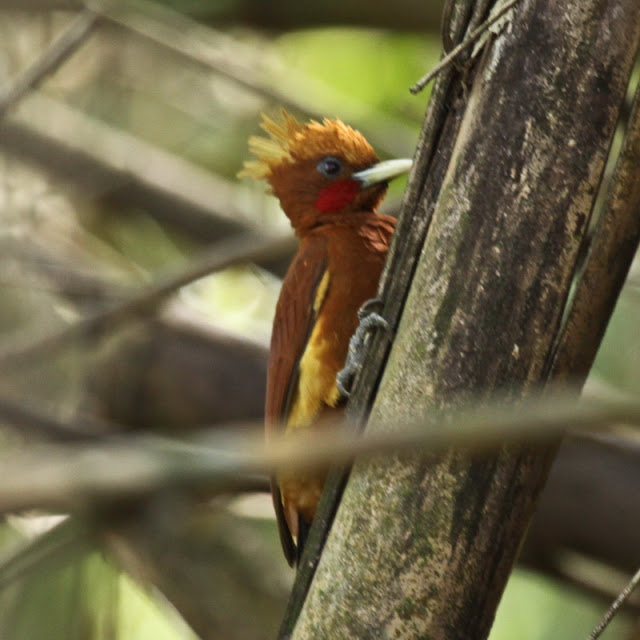 The Boat-billed Flycatcher looks like a Great Kiskadee (common on Trinidad) which has pumped up its beak and body with steroids ... 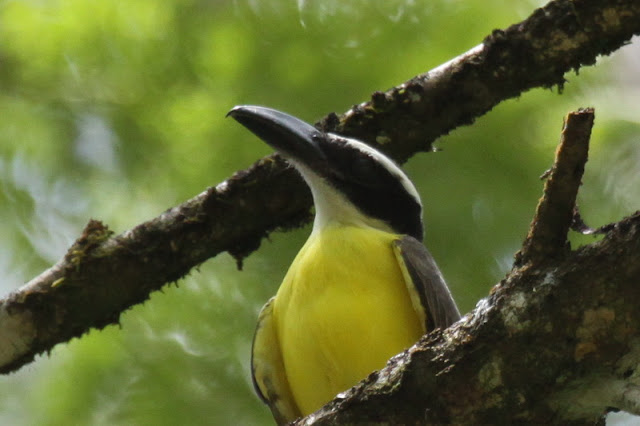 Antshrikes are a group of birds that are new to me. The two I saw were ground feeders, and secretive - tough to see - tougher to photograph. This male Great Antshrike was sort of cooperative ... 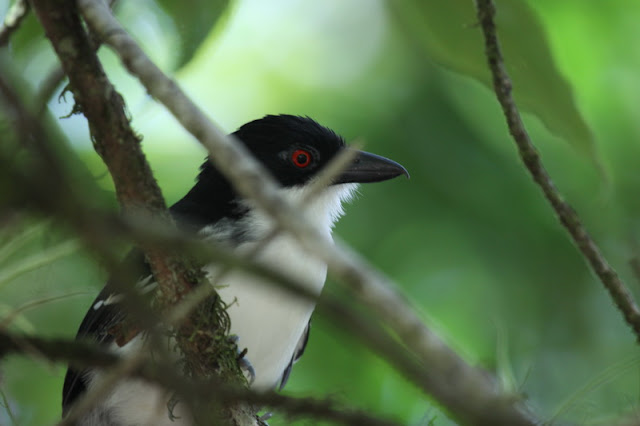 From the veranda we saw parrots fly over quite often, and occasionally pause in a tree top. The close pauses were reported to me. A more distant pause occurred the first morning on a  snag. Two Blue-headed Parrots are on the left, An Orange-winged Amazon is on right ... 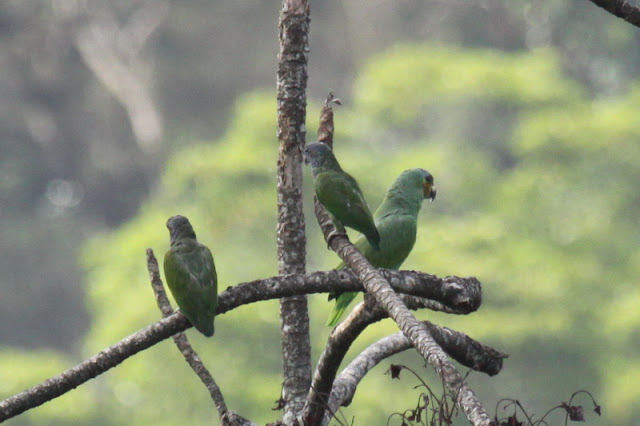 ... and finally, Trinidad's only toucan, the Channel-billed Toucan. The parrots left, to be replaced by the toucan on our first morning. Other times when this bird showed itself, it was much moreore distant. Once it chose a near-by branch but was back lit (alas).Still, toucans somehow seem like  symbols of the tropical rain forest, and I am glad I had a few opportunities to nod toward the icon. 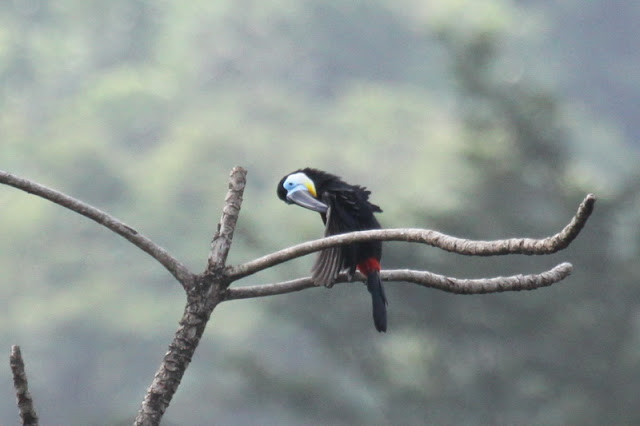 Hi Chris,
Wow what a diversity of colors and species. I loe the third shot a lot but the toucan is the best of the best!! Well done. I can feel your joy of seeing so many nice birds ;-)

Oh, Chris - what a great treat and a wonderful start to a Friday to land on your page this morning. I'm feeling all exotic!
Happy weekend!

I am SOOO jealous - we tried and tried and never found that Chestnut Woodpecker!!
Great pics!