As I continue to review the wetland waders photographed in Florida, I have to give a place of prominence to the Cattle Egret, which were just coming into their nuptial splendor.

Cattle Egrets are native to Africa where they forage alongside camels, ostriches, rhinos, and tortoises - as well as farmers’ tractors. The one occasion in Vermont when I saw the Cattle Egret, it was following a tractor as it plowed a field in Spring. 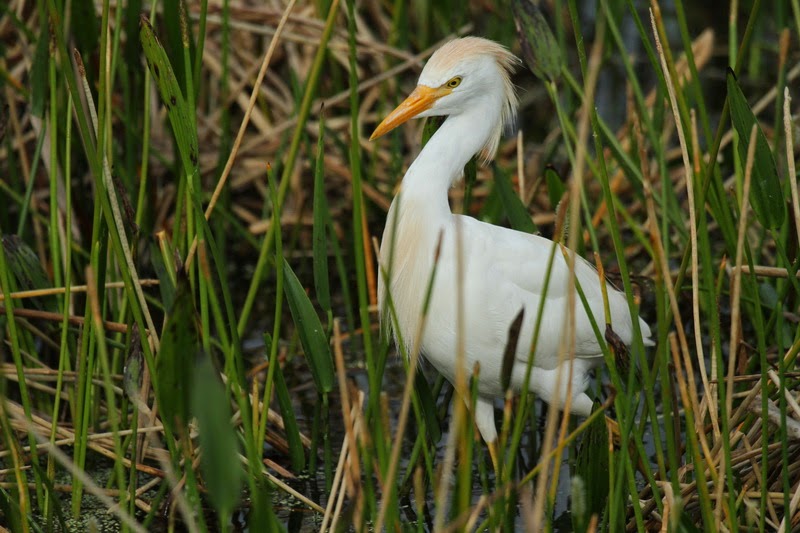 Cattle Egret
These birds somehow found their way to South America; the first record was in 1877, which may make them officially an exotic (non-native). They arrived in the United States in 1941 and were nesting by 1953. Cattle Egrets spread throughout North America and are common to abundant in some areas.

When the White Ibis appears in Cape May, it usually creates a stir, with birders carefully reporting its presence and location and pursuing it with considerable intent. This may have been the most common wader I saw in Florida; these birds were wading in wetlands, grazing on lawns, usually in flocks.


Snowy Egrets have made a wonderful recovery from the devastations of the feather trade a hundred years ago, and are common north and south. There will be additional photos of the nuptial splendor of these dainty birds, but this will do for now.