After a quick trip to Philadelphia, I came home by way of Brigantine (which it will always be to me, not Forsyth NWR). Highlight was watching the courtship and nest building of an Osprey pair. First found them placidly on the nest platform. He suddenly leaped in the air and landed on her back. 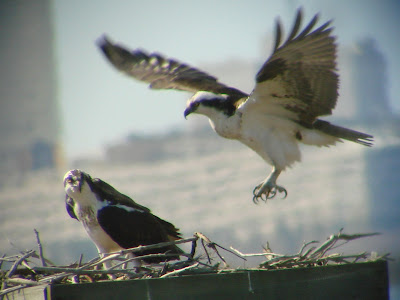 After this quick bit of courtship (or foreplay ?), they flew together. She landed on a perch and watched while he picked up nest material, flew to the nest, then flew again with the same nest material, repeating over and over. 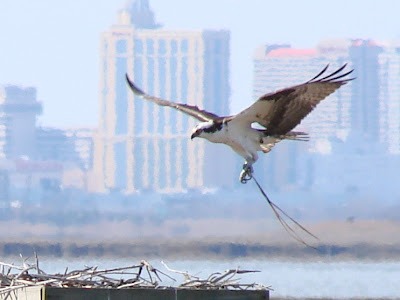 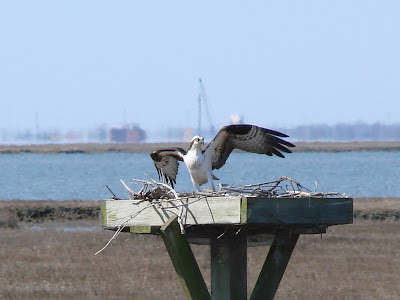 Other highlights - many Great Egrets in their stunning breeding plumage. 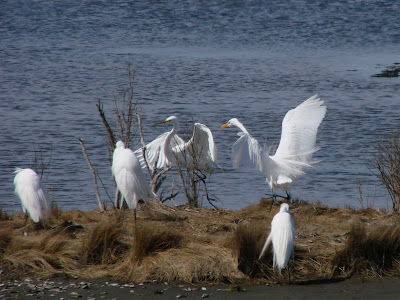 A single Horned Grebe, some distance from shore and near a large flock of Brandt - also in breeding plumage. Since we usually see them around here in winter when they are white and gray, this was a treat even though the view was difficult. 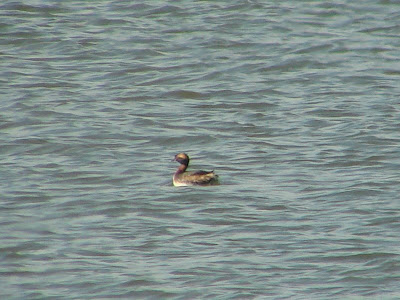 Many ducks still have not come north. There were hundreds of Green-winged Teal, plus Northern Pintail, Northern Shoveler, a few female Hooded Mergansers, three Snow Geese, a pair of Wood Ducks. But the highlight was the Blue-winged Teal, something of a rarity on the eastern coast. 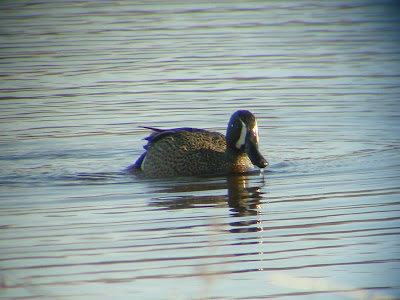 A pair of Caspian Tern put on a fishing display, then very cooperatively roosted quietly and posed for me. It was five hours of delightful birding, and relatively warm. It's been months since I've had anything like it in Vermont. 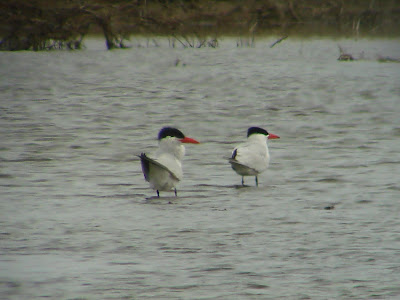