Another Day on the Mountain

On Putney Mountain today, the northwest winds were brisk and the ceiling was low. There were not many hawks, but neither were there long waits between hawks. Sharpies were streaking along the ridge, wings tucked, here and gone, but low so that picking them up and following them was easy. Highlights were five Peregrine Falcons and a Golden Eagle, the sixth on the year. When rain approached, I wimped out and headed home, but a few watchers stayed on.

During one slow bit, I went into the woods to "kick a tree and set loose some hawks," the euphemism we tend to use for the call of nature (another quaint euphemism). In the woods, I was delayed by this Hermit Thrush who posed very nicely. 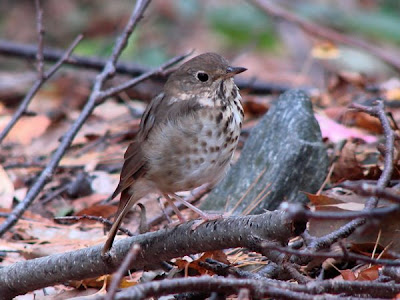 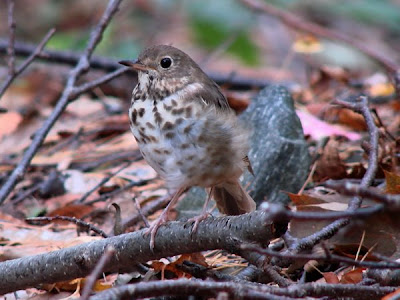