Early yesterday morning the clouds lingered in the West River Valley, but the view still extended as far as Stratton, with the fall colors being rich beneath the moist gray sky. 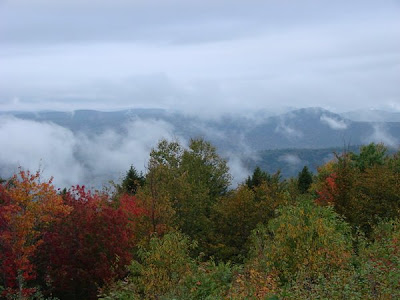 Only a few hawks were flying, but they were low. Their passage over the ridge was leisurely and we had some good looks, as with this morning Cooper's Hawk. 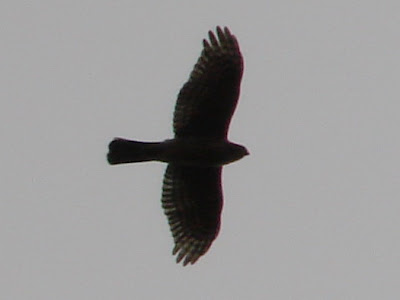 In the afternoon, against a clearing sky the third Peregrine Falcon to pass over not only provided all of the classic flight profile and characteristics, but was close enough to see its "sideburn." 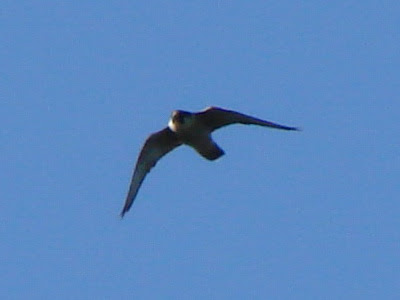 Large numbers of sparrows, towhees, and brush loving warblers have been moving through, but getting a decent look has been difficult. This White-throated Sparrow finally stayed still long enough for a photograph. 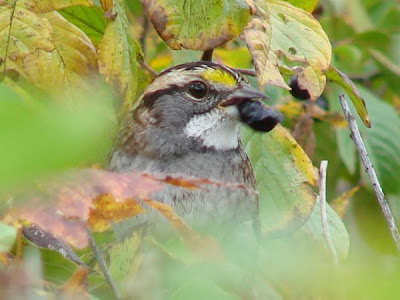 Eastern Towhees have been even more elusive. Their "zwink" call has been common, but most often the only sighting has been a flash of tail feather as they cross a path, or mostly hidden glimpses as they rustle through the underbrush. Yesterday, one finally stood still long enough for this photo: 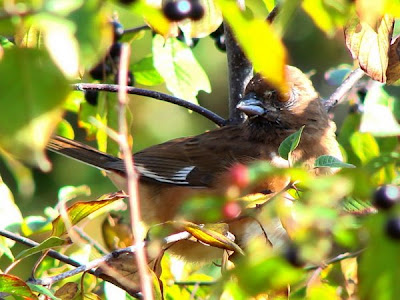 Then it moved into the open and stayed there while I burned up the memory card. Good Birding! 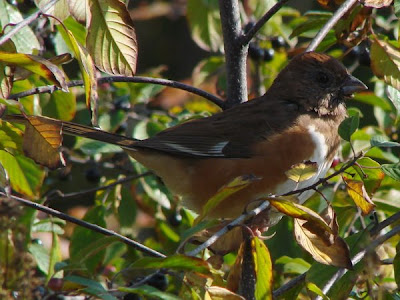