Friday I made my fall trip north to Dead Creek WMA in Addison - a beautiful day. About 1000 geese were in the area, but they did not come close to the viewing area to feed. However, they did a great deal of random flying around. The Fish & Wildlife manager I talked with was perplexed by their behavior. His only explanation was the adult eagle hanging around in the early morning - an "eagle aversion," I think he called it. However, with the Adirondacks to the west and the Green Mountains to the east, and all splashed with color, you can only have a good day birding. 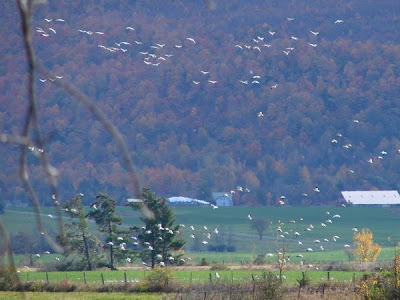 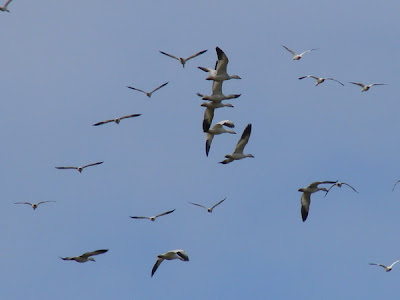 There were at least four Northern Harriers hunting over the fields, including an adult male within reasonable range for my camera - a beautiful sight watching him hunt. 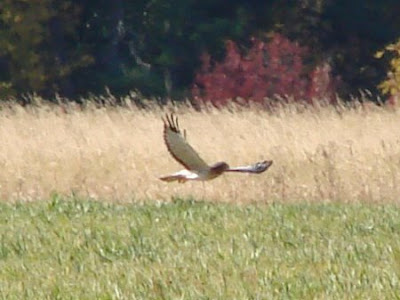 The Northern Harrier prompts a footnote to Wednesday's hawk watch on Putney Mountain. About 11am an adult male harrier flew over. Around Noon in Wilmington (about 16 miles to the southeast), a male harrier was seen hunting over a field, according to an e-mail I received that evening. There's no way to know for sure that it was the same bird, but the coincidence makes it likely, or at least possible.