... as for example, those birds that birders pay little attention to except in late March and early April when they are harbingers of Spring, and what is about to come - the blackbirds. Flocks of the blackbirds are flocking to my feeders, but not just to eat. The male Common Grackles pause frequently to display for the females, as these two did on the ground ... 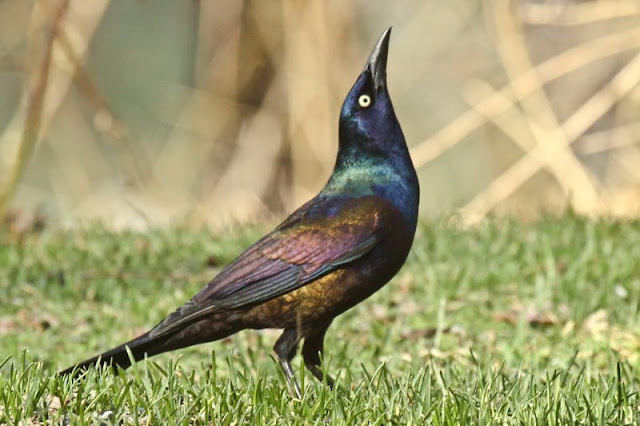 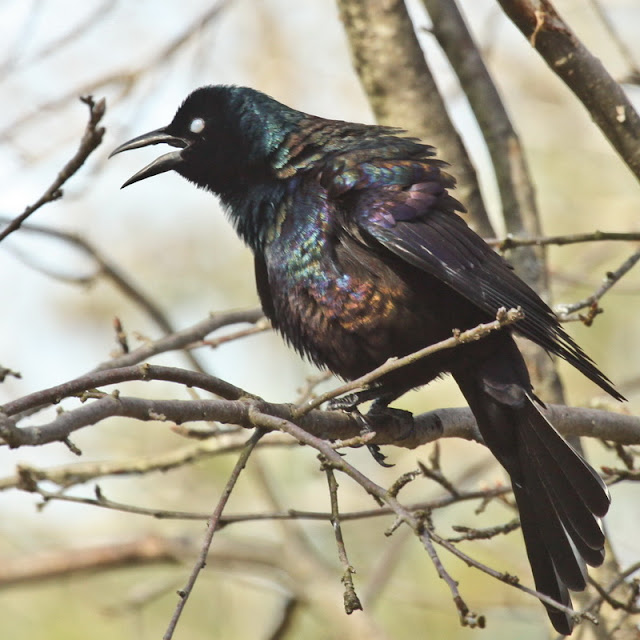 In reeds along the Connecticut River, the Red-winged- Blackbirds were also displaying - at this point posturing mainly to one another - but preparing for the return of the females any day. 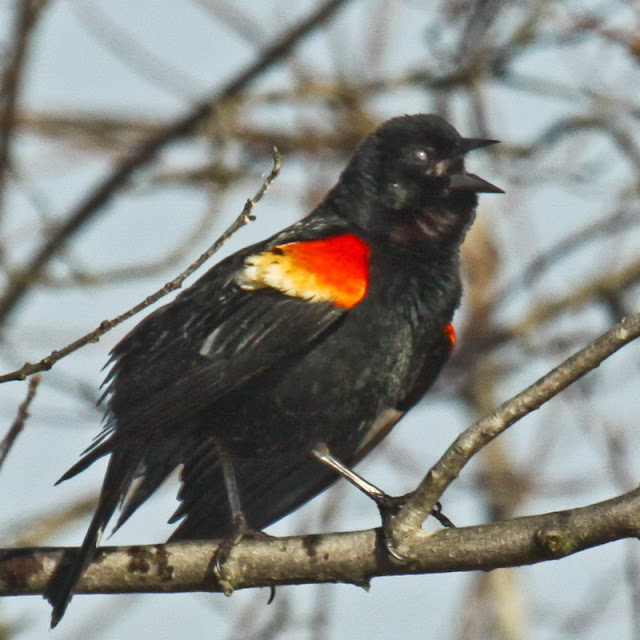 Even their flight from reed to reed displayed their red epaulets in a way not seen since last Spring ... 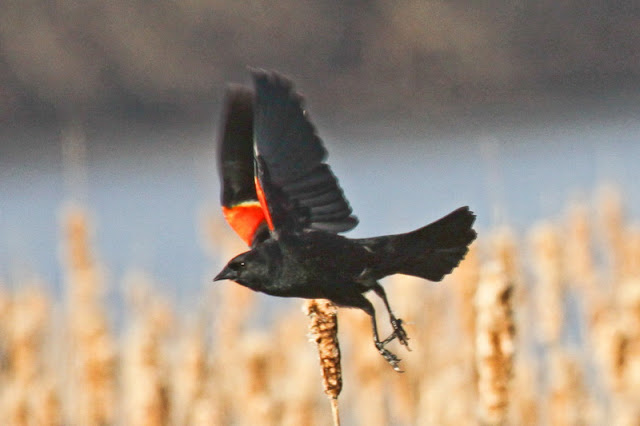 I'm not one to overlook the little brown jobs, like this Song Sparrow singing with such enthusiasm as he contended with other males in the area and warmed the air waves with his song proclaiming Spring - and oh yes, his superior virtues to any that cared to listen - but especially the females of his species. 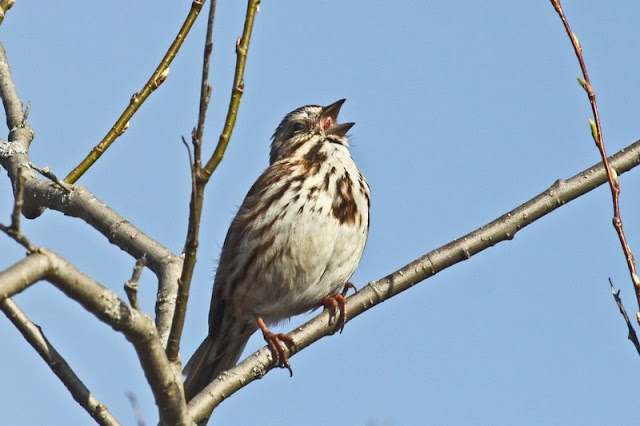 Let's face it - Spring is one sexy time of the year!! Not to mention, a time of really good birding!!

Yes Chris, spring is the moment we are all waiting for and it seems to show in some part, but not over here! It is winter again and the snow has come back. The common grackle picture is wonderful!

Spring has definitely arrived here with the first returning warblers in full song.
I'd never realised how colourful the Grackle was, like shimmering petrol floating on water. FAB.

Love that you captured the Grackle looking so determined to show off.

Spring is sexy time -- they are coming your way, Chris! Warren had a Common Yellowthroat singing yesterday!

I truly have enjoyed reading all your posts from your trip and welcome you home! It sounds like you had a wonderful time and your photos are stunning! With the weather going from snow to this..I feel just like your little sparrow full of hope for a great summer of birding!
Ps I have a good friend leaving for T & T on the 15th of May! She is soooo excited!

The grackles are flying rainbows, beautifully captured in your photos! Spring is BIRDING TIME!