I am learning that luck and patience are key ingredients to bird photography. Here are one instance of luck, and two of patience.

Veerys sing along our river but I rarely see one. On a gray day in mid-June, I was with a group on Hogback Mountain and had excellent looks at a Veery, but due to the distance of the bird, my photos were indifferent. A couple of days later, I returned to the spot in hopes that I could improve on the photos. I heard the Veery in many spots, but never had a glimpse of one. At one point, I wandered from the trail to a forest opening near where I thought I had heard one singing. I pished quietly a few times. Almost immediately, this Hermit Thrush appeared, stayed still, and sang for me ... 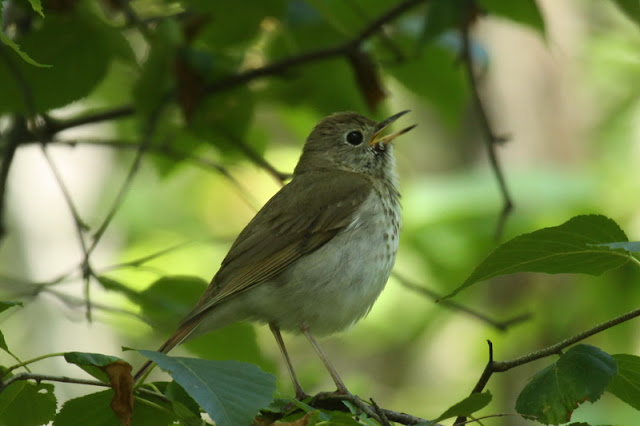 That same afternoon, I went to a neighbor's field where a pair Great-crested Flycatchers had claimed one of his nest boxes. I put my camera on a tripod, attached the remote button, then sat for an hour in the grass in the hot sun as the birds went to and from the nest box ... 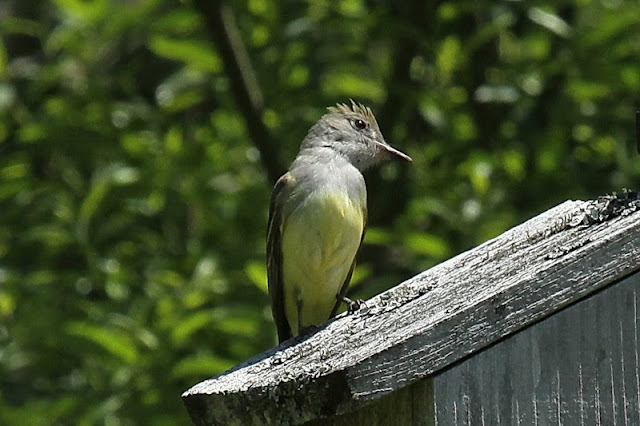 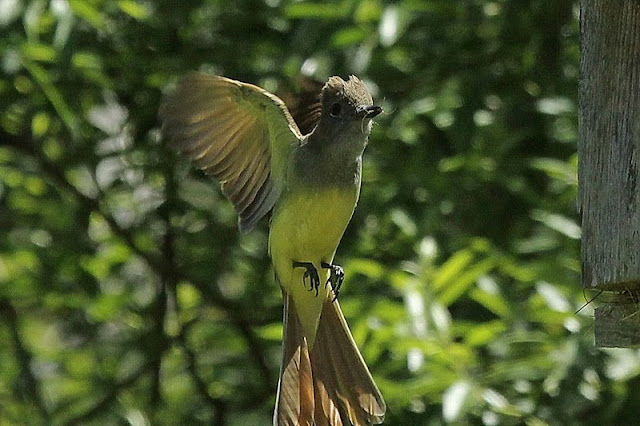 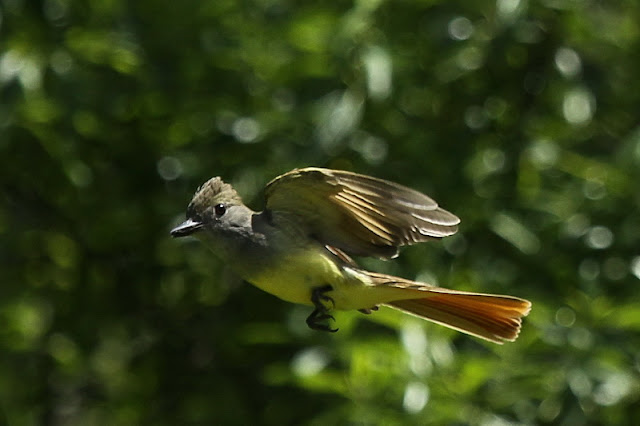 When I had enough of the sun, I moved to a shady spot and focused on a nest box where Tree Swallows were feeding young, and waited for the arrival of the parents ... 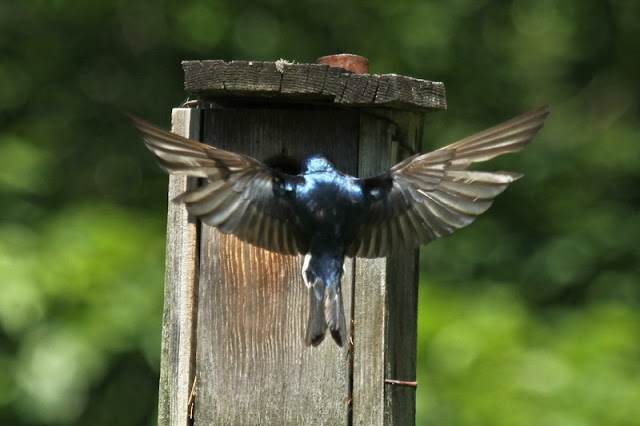 hi Chirs,
these are the two keywords fro bird picture, patience and luck. I've learned that too. It paid off in your case, very nice shots you got ;-)