The resident male Ruby-throated Hummingbird always finds a challenge in protecting his territory during mid-summer when the young and females are attracted to the feeder and especially the bee-balm. He stands guard and patrols diligently. and is constantly chasing off intruders, but without consistent success. 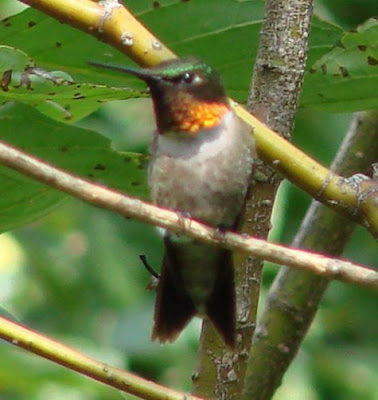 In spite of his truculence and constant pursuit of intruders, his success is inconsistent. We have seen as many as seven young and females feeding among the bee-balm. 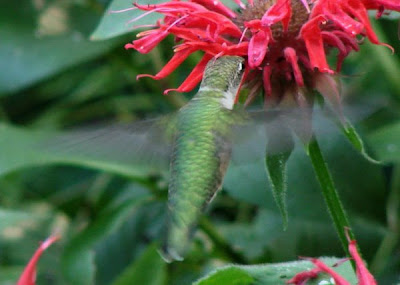 Many species which room in the area use our yard for their board, and bring their young around when they fledge. Tried to get photos of the Purple Finch fledgling being fed, but without success. However, here are a few fledglings that I have managed to photograph in the last few days.

At least two pair (maybe more) Evening Grosbeaks nest somewhere in the neighborhood and board at our place. 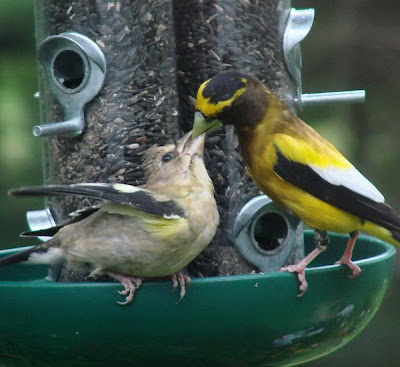 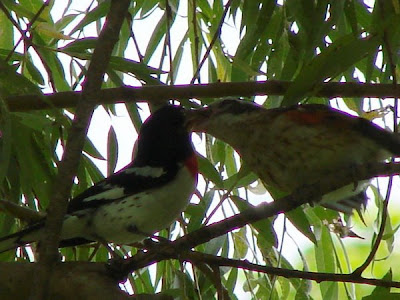 Song Sparrow nests in shrubs along river and edge of field across river. 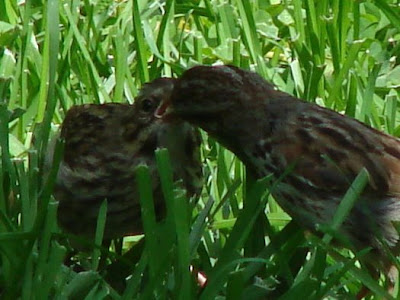