A Weekend of Good Birding

Went on to Plum Island where shorebird migration is beginning - lots of semi-p plovers and sandpipers, and Sanderlings. A few other things. Highlight was the Common Terns, which were busy feeding recently fledged chicks. 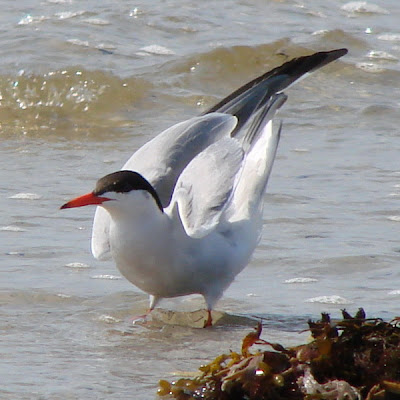 Bringing a meal for a demanding chick. 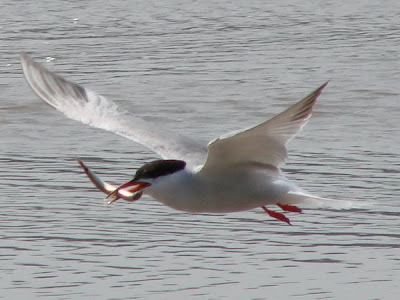 Everywhere this weekend, the Cedar Waxwings were present in abundant numbers, with some young still being fed and many more learning how to fly-catch for themselves. Then there was this one who paused for a dip in our river. 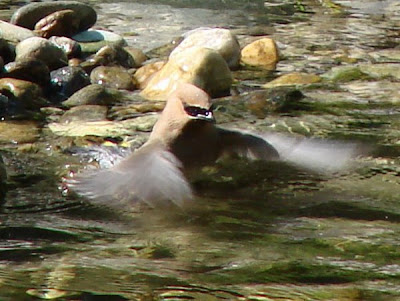 The weekend concluded with an evening kayak on Sunset Lake, where a pair of Common Loons consumed my intention and led me from one side to the next to the other end, occasionally talking with one another, and often fishing. 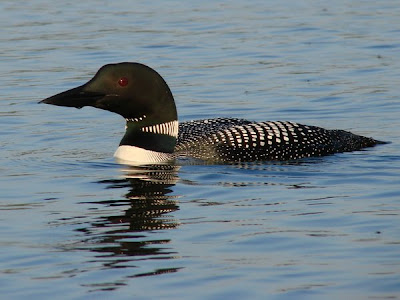 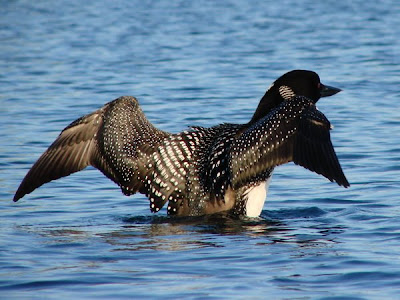